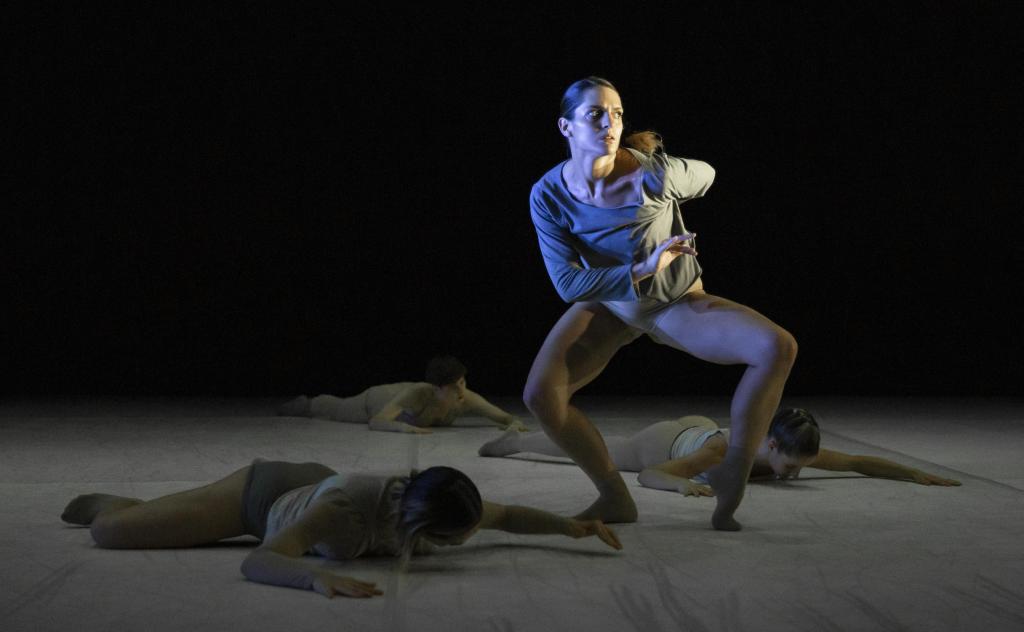 Carriageworks feels like a great space for innovation and is a perfect venue for the sixth edition of New Breed, which sees some of Australia’s most innovative new choreographers commissioned to create new dance works on members of the Sydney Dance Company (SDC).

This year’s choreographers are Josh Mu, Lauren Langlols, Ariella Casu and Davide Di Giovanni, and in the spirit of a true ensemble two of the choreographers also appear in their fellow artists works – and are superb.

It must be a dream for any budding choreographer to work with dancers of this skill, and the company deliver some extraordinary and exciting performances. The works get arguably more dystopian as the evening progresses, and it was the moments of interaction between larger ensemble groups of these fine dancers that brought the greatest visual and emotional reward.

In Walked Bud, created by SDC company member Davide Di Giovanni, has a lovely film noir quality and wonderful virtuoso performances delivered with passion by the trio of dancers. Some clever lighting by Alexander Berlage throws different shadow perspectives on the story, but the broken up live soundtrack of Thelonius Monk, complete with recorded applause and long moments of silence, became somewhat unsettling at moments and did rather seem to confuse much of the audience.

Ariella Casu first joined Sydney Dance Company in 2018 and her piece Arise explores escaping the judgement of the world with some gorgeously inventive choreography. Guy Hastie’s body-dividing costumes add a lovely dimension to the visuals and evoke a futuristic world of conformity. Sinuous and flowing, the choreography weaves the dancers into a fluid exploration of the discovery of personal bliss. It was popular with the audience and perhaps the most graceful moment of the evening.

With roots in Australian Dance Theatre, Sydney Dance Company and Chunky Move, Lauren Langlois boasts an already impressive dance career. Her Creeper is artfully angular and choppy and the four dancers are more often deliberately disconnected as they explore news ways to communicate in a society separated by technology. It’s not the easiest piece to connect with, but that may well be the point, and the dancers deliver the staccato choreography with energy and focus.

Australian-based independent contemporary dancer Josh Mu discovered dance via breakdance and hip-hop culture, and that genesis is apparent in the urban style of the final piece of the evening ZERO. Mu uses the greatest number of dancers of the evening and the ceaseless interaction of his ensemble forms a visually intriguing kaleidoscope that is at once both hypnotic and exciting. As the staging tips us to the edge of a precipice we are treated to some riveting moments of almost magically achieved movement. It is extraordinarily emotional.

It’s a limited season, so get to Carriageworks fast to experience the genesis of these great new artists.