Jodie Comer's performance in this filmed production of the London West End play is exceptional in every way.
Stephen A Russell 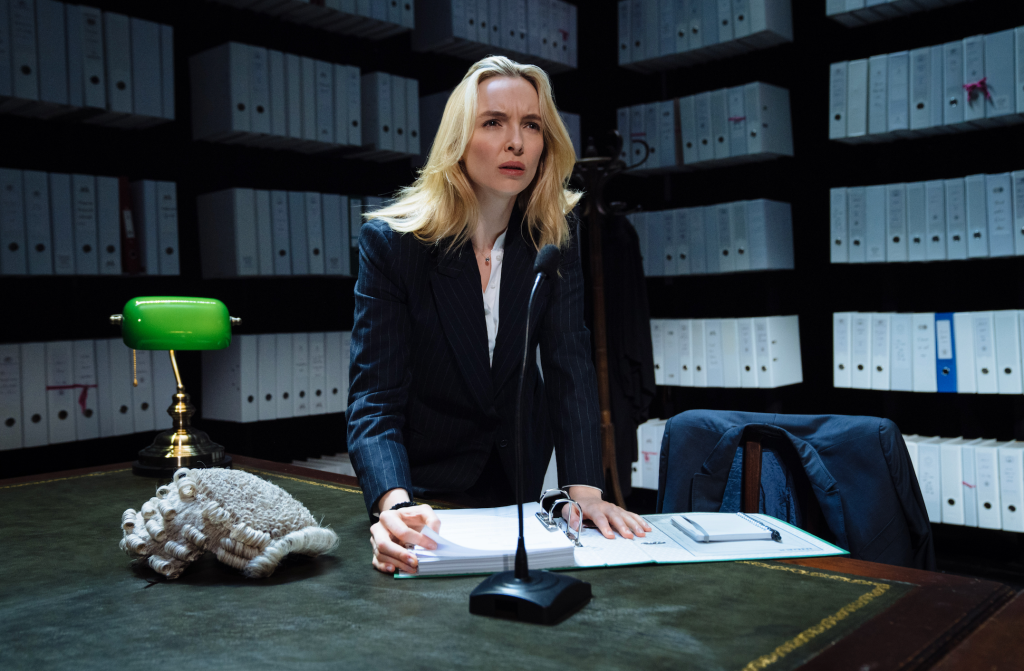 ‘Turn left, turn right.’ That’s all it takes for a row of women anywhere in the world to see a survivor of sexual assault if, indeed, it’s not their own story. In truth, this devastating ‘statistic’ is a terrible roll call of real lives shattered by despicable brutality perpetrated by men, in an epidemic of violence that shows no sign of abating. One propped up by millennia-old patriarchal power systems written into the fabric of our laws.

Of course, justice requires that an accused person be allowed the presumption of innocence and the ability to disprove the accusations made against them. But why is it that countless attacks go unreported? Why do precious few cases pursued make it to court? And if they do, why is it that time and again women are re-traumatised by the invasive cross-examination they face. Why is the burden of proof so heavily hung on the victim? And why do so many prosecutions fail, further removing the impetus to report in the first place?

This endless horror, and the absence of any real answers, is at the heart of Australian playwright Suzie Miller’s primal roar of a one-woman show, Prima Facie. It is a difficult work to witness, and would be particularly so for survivors, but one that is vitally important.

Tessa is a remarkable character. We are simultaneously impressed by the commanding way she holds court over Miriam Bleuther’s impressively minimal set – depicting towering library walls of case files crowded around two solid-wood tables – and also a lite repelled by the sheer weight of her kinda arrogant but hard-won self-belief.

You see, the one-in-three test also applied to Tessa’s pathway here. Coming from a working-class background, here adjusted to northern England, it’s made clear in Comer’s fleet-footed darting between time, place and person (and oft physically on top of the furnishings) that Tessa was not assumed to succeed when stuck between two private school-reared law undergrads at Cambridge.

And yet it’s not just self-belief that drives Tessa inexorably forward in a career littered with wins that, she readily notes, quite possibly set bad men free. No, it is her unshakable belief in the legal system within which she works. Hers is not to question the truth or not of their guilt. It is to unpick any holes in the prosecution’s case that could give rise to reasonable doubt.

But even as Tessa grips us with her unrelenting mental gymnastics, with an impeccable Comer barely stopping for breath, the seeds of long-buried doubt begin to unfurl.

We learn of one woman, Jenna, whom Tessa’s razor-sharp mind was pitted against in court. It was a sexual assault case that Jenna was reluctant to bring, but felt compelled to in order to protect other women. Ever so slightly, Comer adeptly allows us to glimpse an almost imperceptible chink in Tessa’s armour. Armour that this system compels her to wear. Armour that will soon be torn asunder when cruel fate conspires to hurl Tessa into a terrible situation.

One horribly familiar to far too many women, and one that starts, like far too many nights, in close and trusted company.

Sometimes the most powerful moment captured on stage is that which is resolutely not there. A devastating absence clamours in the darkness surrounding a prostrate Comer, heaving on the floor, artfully drawn by lighting designer Natasha Chivers. Her body wracked with agony, both mental and physical, the tears that flow from Tessa in what amounts to a first-act finale of sorts are mirrored in a literal downpour that lashes the now all-but-invisible stage.

It’s a moment you know would hold the audience in Comer’s palm in the Pinter. And yet somehow, it is also a rare example of a filmed staging transcending the limitations of that translation with a simple close-up. I shuddered, and my tears flowed with Comer’s. They are again as I write this.

When we return to Tessa’s story after 700-odd days, her situation is irreparably transformed, and she now faces a reckoning with the system she once lorded over. There’s a very real fear that Comer, now barefoot on a wet stage, will literally come unstuck, especially while clambering on top of those desks that somehow seem far less sturdy now.

But there is no dislodging her.

Not as she hurls us from one character to another – a sneering defence lawyer playing her own game, her stoic mother, a kindly cop – nor as she conveys the innermost unmooring of Tessa. A powerful woman pinned down by fear, doubting recollections seared into her brain.

Comer delivers a performance for the ages. And through her Wright howls a rally cry for a better, more just form of ‘justice’ that is not built on the best interests of bad men. This is one of the very best National Theatre Live recordings. One that trusts in the performer, as bolstered by fiercely intelligent staging and a haunting score by Rebecca Lucy Taylor aka singer-songwriter Self Esteem, who knows better than to lean too hard on the most challenging moments.

Prima Facie is Comer’s show, and the final word rests with her, your ‘honour’.

The National Sexual Assault, Family & Domestic Violence Counselling Line is available for any Australian who has experienced, or is at risk of, family and domestic violence and/or sexual assault. Call (1800 737 732) or visit the Respect website. 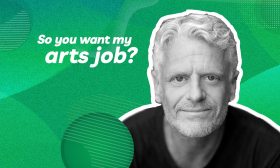 So you want my arts job: TV and film extra

If you don't mind waiting around a lot, being an extra on set can be a interesting experience. You may… 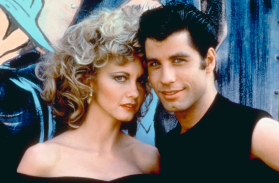 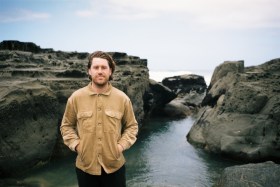 Does changing the score change a film? Hear My Eyes with Haydn Green

Whether it's a cerebral thriller or a sensory drama, Hear My Eyes is determined to change the film-going experience to…