Do I Matter? distills the thoughts of some 200 women to a confidential survey about their private thoughts, though the results were sometimes fragmented and confusing.
Suzannah Conway 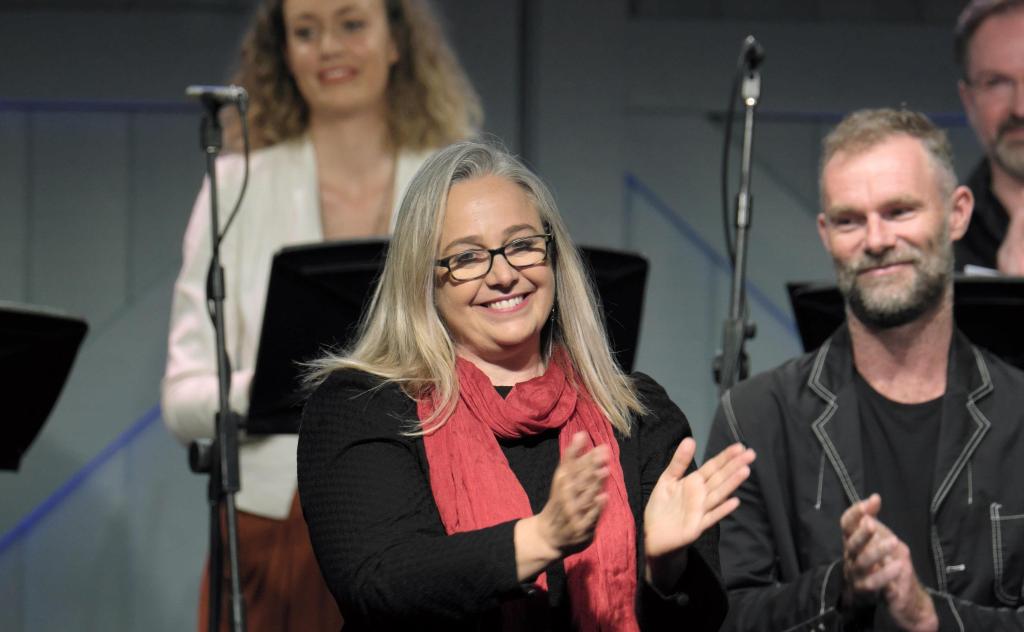 Initiated originally in 2016, Do I Matter? was distilled from the answers of over 200 hundred women to a confidential survey about their private thoughts. Four questions were asked around the themes of hidden thoughts, on being brave and of being courageous. With input from writer and cartoonist Kaz Cooke, these thoughts were then collated and compiled by composer Katy Abbott, who subsequently wrote the music for the work. Do I Matter? is an interesting concept, and has been set within a strong contemporary musical format, combining both instrumentalists and singers to good effect.

The program consisted of 16 segments, of varying lengths with stylistically different musical approaches written in response to the various segments being presented. The pieces are by their very nature fragmented but the segment titles were often neither illuminating or pertinent, while responses in many segments seemed to cross-over and ask similar or even many of the same questions, which became quite confusing. The speed at which the surtitles of each segment appeared and then quickly disappeared on the screen also proved to be a deterrent in deciphering the relevant sections.

Taking Chances was the percussion solo that started the concert, an invigorating beginning from the multi-talented Claire Edwardes, followed by Tea bag which appeared to consist of two words and was gone before we even knew the production had really got underway. The content of both Cigarettes on the ground and Sweet sixteen appeared to have little relevance to the titles, or something was lost in translation, though the jazz-styled music was terrific. What have you learned to be brave about? suffered from surtitle issues that were badly out of sync for some time, combined with an inability to hear the sung words due to an overly strident violin. It was unclear where the section on loss and moving came, whether it was under Crazy dreams or Beauty and Ashes, but the three male singers handled this extremely well, followed by the three female voices positive attempt to move on to tomorrow.

Some segments did work well, such as Do I Matter? where the poignancy of Am I loved? and I am lonely were beautifully presented with a sad and depressing musical palette from percussion, cello and base clarinet and some lovely harmonies from the singers. What would you like to be braver about? covered some really interesting responses including dancing down the street, wearing bright clothes and saying ‘I love you’. As a contrast to many depressing themes, Eat whatever I want, while trying to set some overly complex long phrases to music, was also quite amusing with each singer taking a different persona with variations on I am Fat and Just head to the bar. Though very short, Stop talking was equally entertaining, with its jazzy theme and the singers urgently whispering ‘stop talking’ while Ghostly was, as its name suggests, an ethereal if quirky orchestral piece utilising piano, violin, cello and pianissimo percussion.

The instrumentalists from the Ensemble Offspring, violin, cello, flute and clarinet alongside piano and percussion, offered a very solid musical base to accommodate Abbott’s strong and clear score. Interesting textures and colours in the various instrumentation for different sections were also well defined and delivered. A rich palette of sonority.

The six singers, covering all vocal types, were impressive, both in their sung and spoken solo lines and in some beautiful harmonies. They were also good actors, assisting to convey the text with mostly impeccable diction. Unfortunately however, being positioned behind the instrumentalists did create some difficulties acoustically, not assisted by technical surtitle issues.

Overall this concert was a mixed bag. The music, musicians and singers were all first-rate and certainly made the piece work. Katy Abbott is also to be commended for such an interesting concept and for a very fine contemporary score. However, the compilation of the thoughts collected, both questions and statements, and the overall content of the work itself appeared flawed. The intention may have been just to present fragmented thoughts, but this alone does not make for good entertainment. And this piece could well have a future life, perhaps in a more theatrical musical form. With a few exceptions, it was also quite a gloomy and depressing piece, which may, of course, say something about the sample of women taken or the questions that were asked. In any revised program, some lighter themes might also be considered, to give this piece a more holistic and rounded vision.