Anna Barnes does a masterful job of updating Sophocles’ Electra to discuss some of the pressing issues of our time.
Katharine Rogers
[This is archived content and may not display in the originally intended format.] 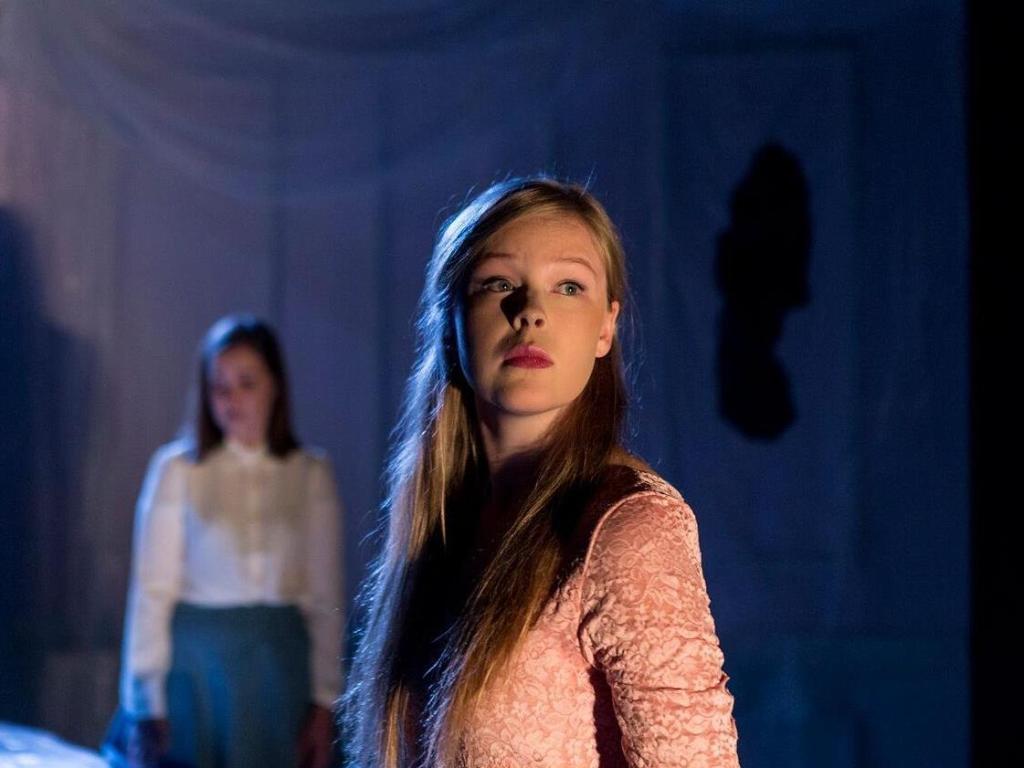 To adapt Sophocles’ Electra into a modern day fable of family betrayal and murder is no mean feat. Four siblings are thrown into despair and disbelief after their father allows one of his daughter’s to be murdered for the ‘greater good’. Anna Barnes does a masterful job retaining the core of this Greek tragedy and updating it to discuss some of the pressing issues of our time.

The rhythms of overlapping dialogue create a deliberately fractured story, which offers differing versions of the truth, depending on which sibling is speaking. Truth becomes a continual theme of the play. The fragmented nature of the storytelling leaves no room for absolute truth, only ambiguity, which is undoubtedly the point. The actors, Kate Cheel (Electra), Lucy Heffernan (Iphigenia), Liam Nunan (Orestes) and Contessa Treffone (Chrysothemis) are thoroughly believable and nuanced in their roles as the four very different siblings. Treffone also provides some much-needed comic relief with her deft timing and delivery of the lighter dialogue.

The actors’ ability to keep the up the energetic pace of Barnes’ script is particularly commendable, especially when, on opening night, a set malfunction brought a temporary halt to the proceedings. After being ushered out to the foyer for an unscheduled intermission, the audience returned to their seats and the actors continued as if nothing had happened. As director Luke Rogers said on the night ‘that’s the magic of live theatre’.

At 80 minutes the play should have flown by, but in the last 10 minutes the audience started getting restless. It’s difficult to know whether the unscheduled break had anything to do with the fidgety audience or whether 80 minutes was just a little too long.

Where the script slightly falls down was in the explanation about why the daughter was sacrificed for the greater good. What was that ‘good’? What was the presumably unbearable choice the father had to make? None of this is ever explained. Perhaps it doesn’t matter. Perhaps the writer would like us to speculate on this for ourselves. This question though seemed to distract from more central and perhaps more important themes within the narrative. Certainly Barnes’ discussions within the play, about the culture of ‘slut shaming’ and victim blaming and the ways in which we, as a society, read fragments of stories and presume to know the whole truth about a situation, are well made.  The modern day delight and fascination with lurid stories, which rarely go to the heart of the issue, is skilfully interwoven through the narrative.

Luke Rogers’ direction uses the small Griffin stage to great effect, bringing together fragmented scenes which jump in time, place and perspective, into a cohesive whole. The set covered in clear plastic sheeting reminiscent of a crime scene and of lives suddenly stopped, cut short or half lived, is affecting and eerie in its simplicity. The set design, lighting and music choices all evoke the sense of isolation and desperation of characters marred by tragedy.

A thoroughly compelling and thought provoking night at the theatre.

Katharine Rogers is an award winning short film maker, whose films have screened at many distinguished international film festivals. She is the founder of the blog The 16 percenters and works as a freelancer in the arts.