I Call My Brothers

'In the city a bomb explodes. The shock waves spread out until everyone is on edge.'
Liza Dezfouli
[This is archived content and may not display in the originally intended format.] 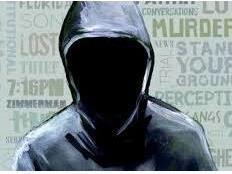 The Melbourne Theatre Company Education’s production of Jonas Hassen Khemiri’s I Call My Brothers opens strongly and promises much (not least because Ray Chong Nee’s in the cast). Khemiri is a Swede with one Swedish, one Tunisian parent, and is something of a darling in his home country, being a novelist and prominent commentator on racial issues as well as a playwright. His first play Invasion was an international success.

There’s been a car bombing in a city that’s sort of Melbourne, and the suspect looks like Amor (Osmah Sami), the sweetly humorous and charming lead character. ‘Lay low’ says everyone. The play involves a lot of bromance between Amor and his friend Shavi (Chong Nee), who’s gone on to marry and become a father while Amor is still out dancing in nightclubs – one of the highlights on stage is the moment where Chong Nee and Sami mime holding a newborn baby – beautiful work. Another standout moment is where these two have finally connected with each other via mobile and talk, but they’re unable to really communicate. You get a lovely sense of lost rapport and underlying love. There are other subplots to do with Amor’s rift with his father (never explored), and his frustration with his cliché-spouting born-again Buddhist cousin (Alice Ansara).

Amor gets to a hardware store eventually to try and replace a drill bit, his dead grandmother visits him while he’s feeling lost and alone and he has a generalized and rather boring conversation with her, he drives around a lot, wanders the city, has a conversation with a fundraiser, tries to reconnect with his childhood love and generally carries on like a likeable but self-indulgent twonk. It doesn’t go quite so far, but we strongly suspect that the play wants to suggest that being rejected by a woman he’s obsessed with might lead a young man to commit atrocities; there are hints of this with the subplot of Amor stalking his childhood friend Valeria (Joana Pires) who, entirely stupidly, persuades Amor that she’ll meet with him if he assaults a police officer at the scene of the bombing, and which he, apparently (while the play veers in and out of reality we’re not sure which elements are Amor’s delusions and which are truthful), entirely stupidly, agrees to.

Overall the narrative thins out and goes nowhere; the play neither convinces as a portrayal of an individual succumbing to mental illness, nor, really, as a day in the  life of a Muslim youth oppressed by the racism around him – which is what it seems to be about – individual paranoia brought on by the experience of being perceived as a stereotype. This reviewer got bored and found herself imagining how much fun it would be to play with the wonderful set, putting it together and poking it apart. Design is ravishing here but doesn’t make up for lack of substance. None of the characters are sufficiently developed or interesting and the whole thing lacks red blood cells. The stylized nature of performance offers some charming moments involving movement, but the characters often perform side by side rather than interact with each other, diluting the dynamic tension on stage.

I Call My Brothers was developed out of an op-ed piece Kehmiri published in the Swedish press after a suicide bombing in Stockholm. And it shows. The play lacks a dramatic grounding, it’s an idea, and his characters dance around The Idea rather than interact with each other to drive the story.

I Call My Brothers
Southbank Theatre, The Lawler