A flouro-tinged dismantling of the conquering colonial.
Elizabeth Walton 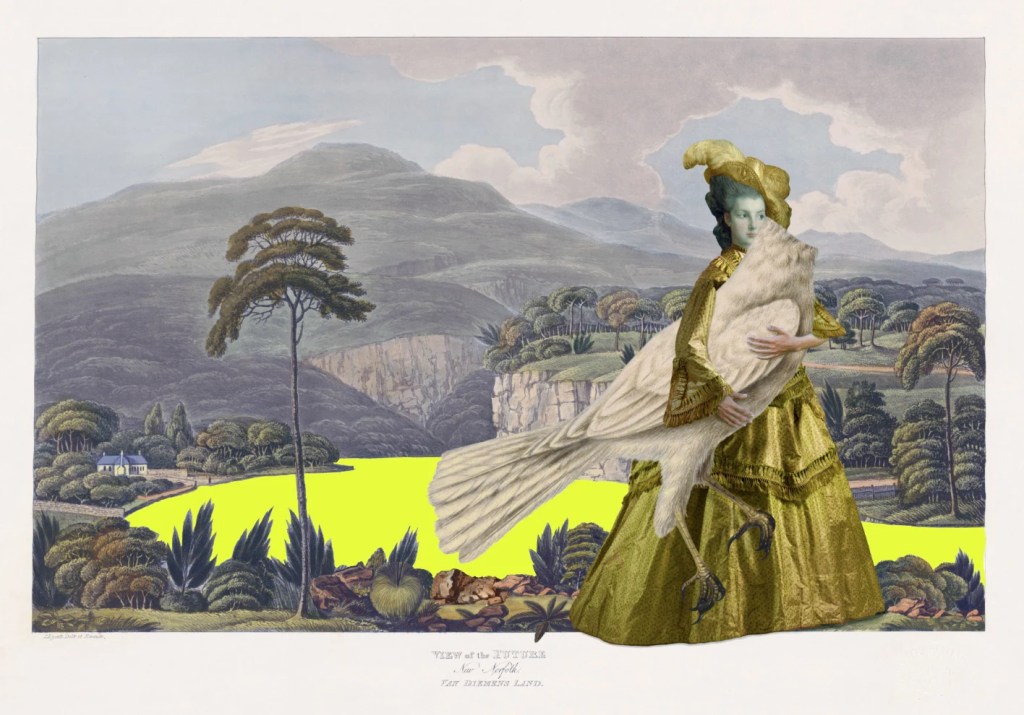 Flouro isn’t bright by coincidence – it’s a chemical reality. It is caused when ultraviolet light creates a longer wavelength that enhances our experience of colour. Joan Ross uses the universal colour that screams watch out! to raise the alarm of our times.

In her first solo exhibition at N.Smith Gallery, Ross’ monochrome palette of fluoro-yellow is painted over quaint colonial watercolours. Her technique challenges the assertion that it’s ok for a bunch of blokes in European boats to rock up somewhere on the beach, plant a flag, then set about removing pretty much everything.

Ross uses the Instagram handle: @Wecallthisatree, suggesting that oxygen makers will be relics of the past in the not-too-distant future. She has created a robot bird learning how to fly by watching a bird in a ‘habitat tree’ – an industrial euphemism for ‘sustainable’ logging practices still allowed today.

We discover her as Colonial Woman, looking at the systematic destruction of all that we love, through the arrogance of the conquering colonial.

Indeed, men have recently been getting their ‘colony’ on all over again, as Elon Musk and his mates dance towards the final frontier as Star Wars wannabees. Ross’ recent response, ‘Houston, we have a problem’ (2021), invites nature to ask those men to turn their attentions to the problems here on earth.

Her message calls for a hi-vis reality check. In many ways, this exhibition is the artful equivalent to Bri Lee’s Who Gets To Be Smart, which also examines entitlement, and how First Nations voices are excluded from Australian identity.

In ‘Land of the broken hearted’ (2021), a woman holds the living branch of a dead tree in front of a landscape where there are no trees. We know trees were there, because Ross’ character stands among the stumps.

Though whimsical in her interpretation, flooding her maidens with their immortalising flush, the Vinegar Hill background is of a land, a place, a people and a culture, all erased. It is enough to make the viewer weep at this body of work that asks what have we done in our desire for the instant everything?

The works are presented as postcards with new messages that change the narrative of accepted historical perspectives. The bareness of the landscape mimics the bareness of the fluoro, until all that vivid colour lies flat and lifeless.

‘The Lake of sadness’ (2021) responds to the drowning of Lake Pedder, which, like flooded landscapes everywhere, leaves only lifeless limbs to stand as witness. Ross casually fills her waterways with fluoro ink, like a radioactive sludge, that claims everything in its wake.

Though colonials started the problem, the artist says everything we do is continuing it – a sentiment worth contemplating when one is in an IKEA queue, reaching for a fluoro bag to fill.

This exhibition presents a timely response to the intersection of love and greed, insensitivity to nature and Indigenous presence. It comes at a moment in history when Ben Boyd’s name is being removed from national parks, and statues of men once celebrated for their pioneering prowess are coming down. Ultimately, it is a stark reminder that dead birds cannot sing.

Joan Ross: I like to name everything after myself
N.Smith Gallery
6 Napier Street, Paddington, NSW
Free entry 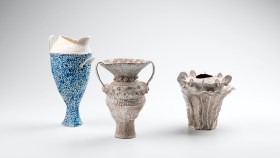 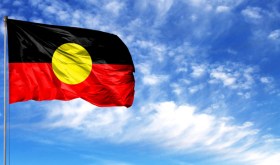 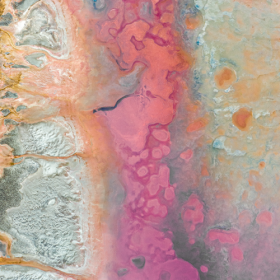