With a sensitive honesty, Dreyfus opens our eyes to the precious transition of boys to men.
Gina Fairley 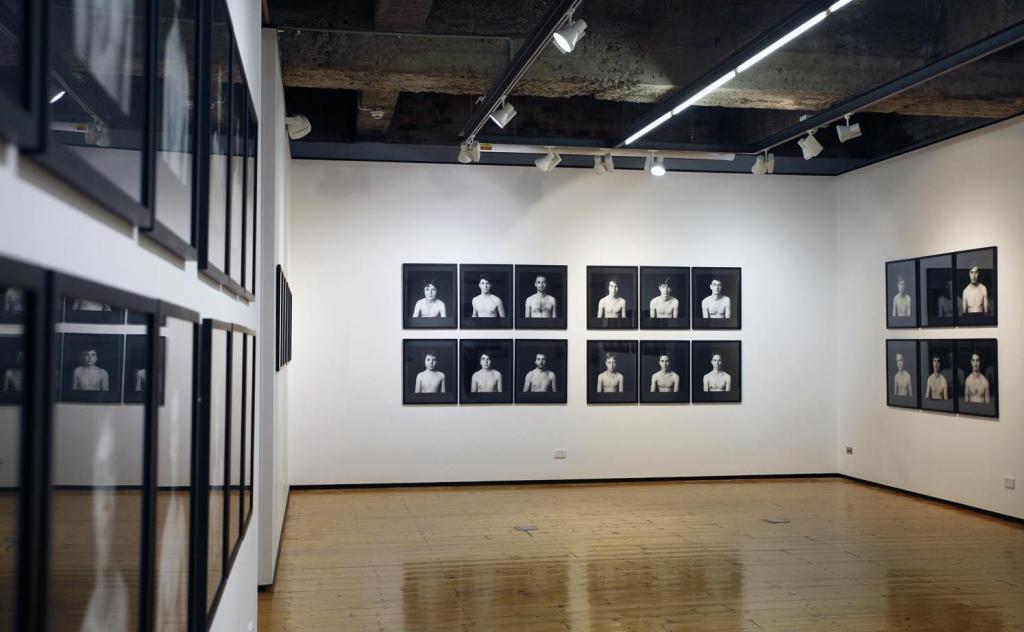 ‘For what a mystery a boy is … And how easy it is to forget what beautiful creatures they are … You see, there’s great native tenderness in children. In boys, as much as in girls. But so often I see boys having the tenderness shamed out of them.’

Winton could very well have been standing in front of Dr Ella Dreyfus’ exhibition, Under Twenty-Seven, a suite of formally-staged black and white photographs that track the passage of 14 boys as they transition to manhood.

Dreyfus has garnered a reputation over her 30-year career for portraits that capture the body’s transitions across age and time. Her first exhibition, Pregnancy Series (1992), was witness to the late stages of pregnancy, while Age and Consent (1999), was a celebration of the ageing body – both edged with a soft controversy rebuking conservatism, and Transman (2001) followed a friend’s gender transition from female to male in a compelling and extraordinarily intimate way.

This new body of work extends those series with a similar poetry and potency. Shot in black and white on a large format Hasselblad camera, the eyes of these young men look outward with surety – their world of dreams and hopes ahead of them – their intent eyes holding the viewer.

The genesis of Under Twenty-Seven was back in 2005, when Dreyfus’ son’s soccer team was about to finish primary school. She wanted to capture that ‘essence, that tenderness, beauty – it is all cliché, but it is true,’ she told ArtsHub.

These original portraits sit side-by-side the same group of boys photographed at eighteen (2012), when they had just left high school, and now at twenty-five (2019). Dreyfus said that she had never intended to continue the series.

‘There was a bit of “argy-bargy” with a couple of the parents before the first show opened, so it wasn’t the Seven Up idea that I was trying [to replicate]; it was about them being legal, so I waited until they were 18,’ Dreyfus explained.

Puberty is a tricky topic at the best of times, and one that Dreyfus has learnt carries unfounded taboos and censorship. Two portraits were withdrawn on that first opening night by the boys’ parents, while in the second edition, three of the boys self-censored by choosing not to participate.

It an incredibly sensitive move, Dreyfus has represented them as a blank field in Under Twenty-Seven.

The three portraits work incredibly well as a group. Scanning the gallery at Bondi Pavilion, with its sandy floor and sea breeze wafting in (one viewer even took a look with a surf board under arm), the viewer becomes transfixed in stitching together likeness and change across time, but not with a ghoulish voyeurism. It is an open truth.

You can feel these young men are on that very cusp of change, emerging into manhood, and it is a palpable, and somewhat privileged experience.

What is perhaps most enigmatic about Dreyfus’ portraits is their ability to actually slide between genres; they are not exclusively documentary or too caught up in fine art studio finesse.

The Sydney photographer says that while Michael Apted’s celebrated UK TV-series Seven Up was hugely inspirational – along with the work of Nicolas Nixon’s 40 year-long series The Brown Sisters – there is a formalism in the traditional portrait format that has little to do with the filmic genre.

In her hands, time is a potent medium unto itself. There is a silence, a stillness that we don’t expect of boys, and yet these images are far from static.

Winton made the point that we ‘blind ourselves’ to the qualities of boys. Dreyfus opens our eyes.

1. Tim Winton, Author. Extract from essay written for The Guardian April 2018, About the boys.