Natural musicianship and phenomenal technique combine in an extensive recorded history of an extraordinary Australian concert pianist.
David Barmby
[This is archived content and may not display in the originally intended format.] 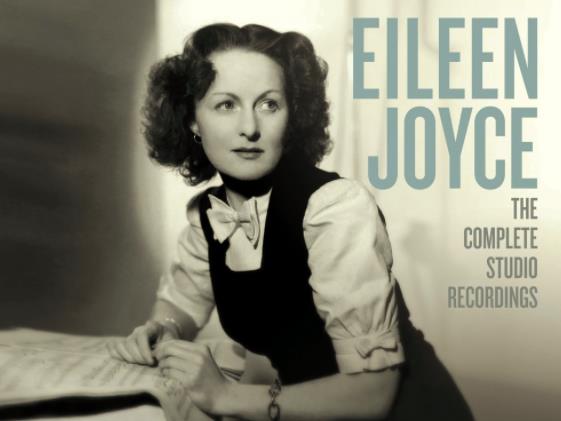 Eileen Joyce, the self-proclaimed ‘girl from the bush’, was an extraordinary Australian concert pianist. Although her clear strengths were in Romantic repertoire as this welcome set demonstrates, she performed music from the Baroque through to the twentieth century. From the 1950s a particular interest was the harpsichord on which she performed Bach in a style that is both quaint and fascinating. The ‘revival’ instruments were by Thomas Goff of high quality though not seeking to be historical in any replicative sense.

These 10 CDs; nearly thirteen hours of music recorded from 1933 to 1960 by Parlophone, Columbia, Decca, HMV and Saga, represent a treasury of recordings made over Joyce’s successful career as a recitalist and concerto pianist in Europe and the UK from the 1930s to 1960. What a splendid achievement this is, all credit to Eloquence series producer Cyrus Meher-Homji.

Joyce was born in Zeehan, the Tasmanian mining town in 1908. The family soon moved to Boulder in the goldfields of Western Australia. On hearing her play when still at school in Perth, Percy Grainger said that Joyce was ‘the most transcendentally gifted young pianist [he had] heard in the last twenty-five years’. At age 19 Joyce bravely travelled alone to study in Leipzig (with no German) and this was followed by her debut in London at the BBC Proms under Sir Henry Wood in 1930. Joyce was by all accounts as colourful a personality as performer. In her day she was a glamorous beauty renowned for her red hair and piercing emerald eyes. As a concert artist she enjoyed matching her gowns and hairstyle to the repertoire she was performing, often making several changes in one concert much to the irritation of the conservative musical establishment who enjoyed labelling her a musical lightweight. This was grossly unfair to a performer who took seriously the use of classical music in film and was the first to bring Shostakovich’s piano concertos to England.

A combination of insecurity, ill-health and disillusionment reduced her career in the late 1950s, and by 1960 she revealed ‘I have become an empty shell, depleted spiritually, emotionally and physically’. After this Joyce literally closed the lid on her career, retiring to the English countryside.  Joyce died in 1991 not having recorded for 31 years and only appearing now and again in performance. She once described her extraordinary career as ‘like a ride on a tiger’s back’. In spite of suffering from rheumatism and sciatica, ever the maverick, she found pleasure in ballroom dancing, particularly the tango. She was a generous benefactor to music studies in Western Australia.

These recordings include many of the concertos with which Joyce is most closely associated including a most moving Rachmaninov Piano Concerto No 2, a joyous Tchaikovsky Piano Concerto No 2 (in his pupil Siloti’s edition), a superbly articulated, argued, brilliant and dazzling Piano Concerto by Grieg and notably outstanding performances of John Ireland’s engaging Piano Concerto and Shostakovich’s Piano Concerto No 1. However, Joyce’s Chopin is the outstanding material here, breathing a free spaciousness, delicacy and understatement. The Brahms 6 Klavierstücke, Op 118 are imaginative with a sensuous elasticity.  There is a raft of occasional pieces conveyed with precision, wit and charm, particularly Grieg’s Lyric Pieces, Op 43. A fine chamber musician, Joyce’s performance of the Arensky Piano Trio in D minor, Op 32 (with Temianka and Sala) could be favourably compared with the Beaux Arts Trio, while the Haydn Trio presented (Hob XV:25), though sometimes ponderous, is both elegant and convincing. The cyclic harmonic sophistication of Franck’s Variations symphoniques is well conceived and richly enjoyable to hear. Perhaps an overall highlight for this reviewer was on the 10th and final CD, Debussy’s La Cathédrale engloutie. I cannot recall hearing a finer performance.

Across these many recordings is an immense and articulate musical imagination applied to a wide-ranging repertoire.  Added to this, there is also a natural musicianship with mesmerising technique. Real music making like this is rare as gold, all the more astonishing when we remember that this was a time when recordings were often made with one take only. Joyce once commented, ‘once you stop playing, you are forgotten’. Happily we can trust that this set of recordings will prevent that from ever happening.