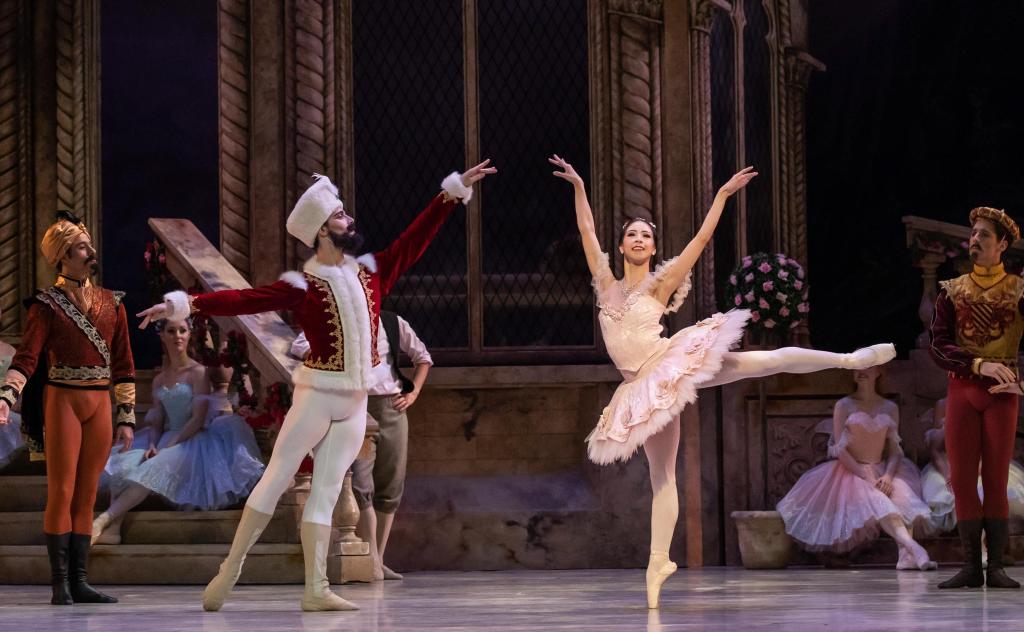 Be careful who you leave off the guest list.

When Carabosse, the nasty fairy doesn’t get an invite to celebrate Princess Aurora’s christening, she’s spitting mad and takes her revenge by condemning Aurora to eternal sleep on her 16th birthday. The princess can only wake up if she’s kissed by a true-hearted suitor. This timeless narrative partnered with Tchaikovsky’s hummable, sumptuous score is a must-see gem.

Yet, musical stretches here and there hungered for a darker, scalpel-sharp bite in Carabosse’s entrance, beautifully danced by Georgia Swan. Similarly, the poignant cello solo in the vision scene of Act II could solo more persuasively and reach beyond the pit. Punchy chords from the brass glowed in victory but there were smudges of blemished tone.

Gary Harris’ traditional look of velvet costumes and user-friendly sets enhanced by Ben Hughes’ deft recreation of Jon Buswell’s lighting design, courted and charmed the eye. Greg Horsman’s choreography based on Marius Petipa’s original moves was adept, sprinkled as they were with surprising contemporary touches and brushed with comic relief.

Rian Thompson as Catalabutte and Sophie Zoric as Lady Florine excelled in their comic characterisation of feline court jesters. As Aurora, ballerina Neneka Yoshida, deserves high praise for her elegant, superbly balanced and accomplished ‘Rose Adagio’ and in general for her coquettish yet sublime pirouettes in circling the stage.

Yanela Pinera had charismatic and balletic grace as Wisdom, the lilac fairy and Victor Estevez’s Prince Desire was valiant and his swash-buckling execution of flying leaps and spins and quick-silver footwork impressed.

Go and enjoy this ambitious entertainment that highlights the burgeoning sophistication and virtuosity of Queensland Ballet’s fleet of gifted dancers.