For the littlies the Listies are back with their repertoire of silly gags and bum jokes.
Chloe Jeffers 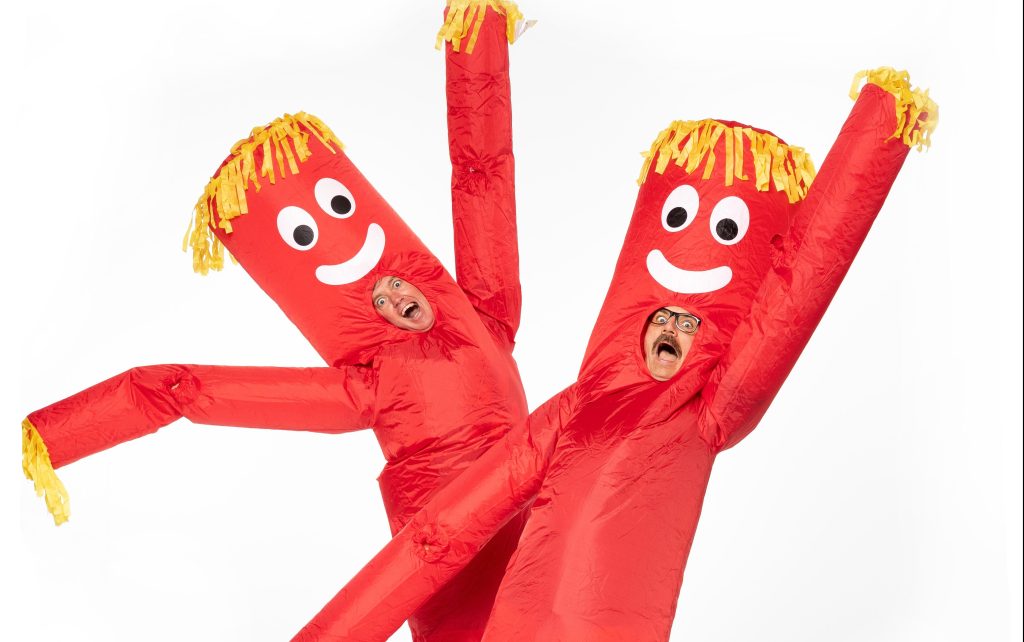 ‘Audience involvement is an important part of the show, best served up to kids aged three to 13.’ Photo supplied.

Take two parts light hearted gags, three parts clever lyrics and music, sprinkle over some bum jokes, and you’ve got a fantastic afternoon out with the kids at The Listies’ latest show Make Some Noise! showing as part of the Melbourne International Comedy Festival.

Audience involvement is an important part of the show, best served up to kids aged three to 13. With enough to keep the grown ups in the small auditorium entertained too, the whole crowd got into the spirit from the opening number, all the way through to the final song.

Listies comedy duo Matt and Rich have a long history of performing to this demographic and offer up a masterclass in how to make kids laugh, building rapport with the crowd quickly. They don’t overthink it, instead demonstrating their ability to take something really simple and twist the words to get a laugh that resonates with everyone. Warning that if you’re one of those parents who doesn’t like the use of the word ‘bum’, this is not the show for you and your offspring. You’ll hear it plenty of times, and it’s a quick win on the laugh-o-metre for those under the age of 10 (and seemingly for most of the dads in the room too).

Some highlights of the show include an impromptu talent shot with audience participation (hint: If you can burp on queue, you’re in!), an appearance from a clever little baby, Powerpoint slides a little different to what you might see at work and an interactive final number with some ingenious use of stage props.

Sure, the toilet humour might get a bit old towards the end, but then I’m not the target audience and the kids laughed uproariously throughout.

If you and your littlies want to be totally immersed in absurd, light-hearted humour for an hour, this is the show for you. And if you don’t own your own little person, borrow one from someone (that you know, please) and grab a ticket before this show is over!

The Listies will be performing until April 24 2022 at the MICF before touring to Sydney on 20-29 May.

Chloe has worked across radio, tv, sport, brand, comedy and government, holds a Master of Media and Communications from Monash, as well as a Bachelor of Arts (sociology/communications) and is the host and producer of a parenting podcast - Mama Doesn't Tell Lies!