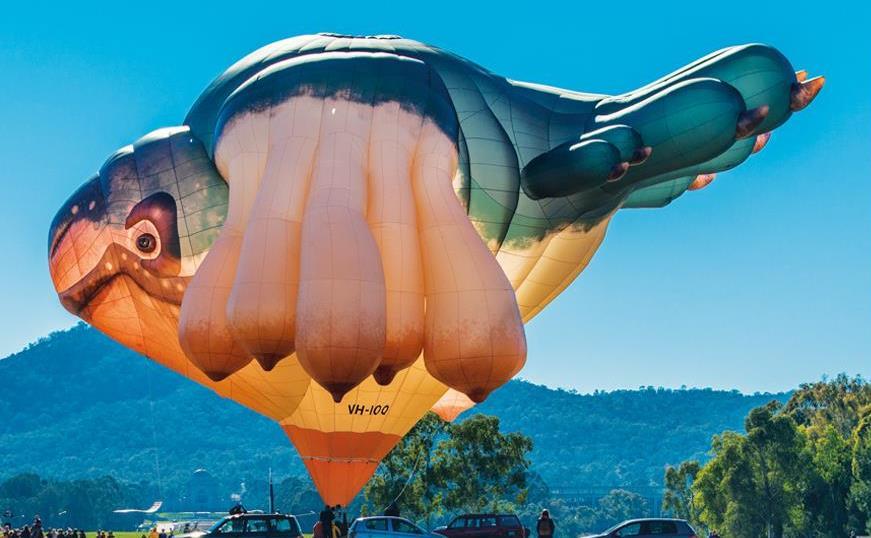 How did local art made Australia’s National Capital? It is a good question that writer and curator, Anni Doyle Wawrzyńczak tackles in the recent publication of the same title.

While this is her debut book, Wawrzyńczak has curated more than 40 exhibitions over the last two decades in Canberra. She also brings her own perspective as a practicing performance artist and filmmaker, largely during the 1980s and 1990s at a time when Canberra’s art landscape was going through stratospheric change.

Her’s is not only a helicopter view, but an informed lived view. While one might criticise it as somewhat myopic, Wawrzyńczak has lived and worked in most Australian cities and throughout Asia, offering that lens of perspective much needed in a book of this elk.

The book largely charts the burgeoning of this local visual arts scene up to Canberra’s centenary in 2013. And while a good moment for closure, we all would agree the chapter that has followed that moment – including this dramatic year – plays an important part in this narrative. So while published in 2020, and released last month, it feels a little outdated (already).

That, however, should not distract from the deep journey Wawrzyńczak takes readers on, offering a level of clarity that has not been afforded Canberra’s art sphere, before 2013.

These monumental steps in shaping, what could be described as Australia’s youngest state scene, have been little understood, and Wawrzyńczak makes a sound case for their unique outcome.

In a nutshell the book ‘pays homage to art and culture as a generative force in the city’s development.’ (Introduction).

It you talk to any artist in Canberra they would probably describe the art scene as tight. It is collegiate, it is committed, and it is very ‘Canberra’.

Wawrzyńczak explains: ‘Canberra’s contemporary arts sphere is the result of junctures between two distinct iterations of space: national capital space and local space,’ and that the arts community that has emerged is ‘unique’ due to this very complex texture, where the very real local is ‘butted up to’ big muscle ‘national Australia’.

Many have pondered why Canberra does not have a layered commercial gallery scene. It is a more like-scale to Brisbane or Hobart than Sydney or Melbourne. One argument has been that the proximity to Sydney is just too close, and the few local collectors enjoy the prestige and outing to buy in Sydney.

Wawrzyńczak gives some background to that. She says that the role that the Bitument River Gallery (BRG, opened 1981) and Canberra Contemporary Art Space (CCAS, opened 1987) can not be underestimated within the broader narrative of the development of a local arts and culture scene over several decades.

‘The influence of women in the history of Canberra’s arts is usefully illustrated by a statistical anomaly: BRG/CCAS is distinguished as the only contemporary art space in Australia that has continuously exhibited a higher percentage of female artists than male,’ writes Wawrzyńczak (1981-2012).

This is a position that has ricocheted right to the present day with the NGA’s Know My Name Project. Wawrzyńczak also points to Helen Maxwell’s australian Girls Own Gallery (aGOG 1989-2000) and describes Canberra as a ‘political fulcrum for concerns impacting on women’.

She also pays a nod to the role the Australian National University has played, right back to the 1940s with the early formation of art societies, and eventually a $3M building program in 1979 that lead to the formation of the School of Art we know today.

Read: Deep cuts at ANU’s School of Art and Design

She described Canberra as being hardwired for political engagement, and the role of artist activism has been healthy. The book doesn’t go into specifics however, and rather takes the perspective of a scene’s read.

It was in the 60s that Canberra – the Commonwealth in this case – sought to develop ‘flagship performing arts companies in Canberra, which were entirely at odds with the reality of local need and desire and Canberra’s small population.’

Wawrzyńczak says during this time, ‘emphasis on performing arts came at the expense of the visual arts.’ You get the sense that she tries to reverse that, by turning the spotlight through her book.

In the Visual arts, the drive for national excellence promulgated by the Canberra led arts consultant Timothy Pascoe to erroneously conclude, in 1985, that local artists enjoyed higher investment and outcomes in comparison to their colleagues in other Australian cities, because of the presence of the National Gallery of Australia, which opened in 1982.

She writes: ‘The 1970s and 1980s were marked by increasing tensions between the Commonwealth and the local community as the latter sough to control local arts and the cultural trajectory from within this focus on national identity.’

How did those tensions map out?

In Chapter 2 Wawrzyńczak digs deeper into how the 1980s was the genesis of local contemporary visual art practice, and looks at the influences pushing it forward, while Chapter 3 takes on the 1990s, a decade when the local arts truly claimed its own space.

Chapter 2 is anchored by a close read of the 1985 Pascoe Report into arts funding in the ACT. ‘This report, which considered local arts as a expression of national cultural space culture, was entirely at odds with the growing needs and desires of local arts and culture practitioners,’ writes Wawrzyńczak.

Simply, the decoupling and transition to self-government, which commenced in 1989, was of fundamental importance to Canberra’s maturing art scene.

The later chapters approach the nuances of those early formative spaces and how Canberra graduated, if you like, from artist-run collective to national recognised art spaces.

A criticism could be made that the book focuses a little too heavily on BRG and CCAS – and while paramount in this development period – I would have like to have understood that dovetail into other organisations.

Equally important to the fabric of Canberra’s local visual art scene are the organisations: Craft ACT (formed 1970); The Drill Hall (opened 1984), the Canberra Museum and Gallery (CMAG, opened 1998), Tuggeranong Community Arts Association (1990 with centre opening 1998), Canberra Glassworks (opened 2007), Belconnen Arts Centre (opened 2009), Ainslie and Gorman Arts Centres, M16 Artspace and studios (2010), the formation of The Childers Group (2011), and indeed the long planning discussions around the development of the $50M Kingston Arts Precinct, which was certainly in discussion in 2013, and would impact the key organisations that book focuses upon.

These are all key organisations to the growing local art scene, that don’t get equal weighting.

Overall, the book has the tone of a doctoral dissertation that has made it to the publishers press, with its encyclopaedic knowledge of a tight field and tight timeframe. You can’t help but celebrate this book. This is fascinating stuff to the interested reader.

The only disappointment is that its foundations don’t stretch further enough to a more current future, given it was released this year.

It would have made more sense to publish in the centenary (2013) along with a swag of other books, that also recognised a long overdue need to document the history of Canberra’s art scene: Megalo Print Studio and Gallery – a fixture also in this scene – released its historic account 1980-2013; there was a history of 21-years of Australian National Capital Artists (ANCA), which accompanied an exhibition at CMAG, and former NGA Director Betty Churcher produced Treasures of Canberra.

Did this book miss its mark?

There were some major milestones between 2013 – 2019 that have impacted this scene greatly, and could have been added given its 2020 publish date. This, in part, is dealt with in the book’s Conclusion.

For a start, the Inquiry into Canberra’s national institutions (2019); and this year alone Canberra Contemporary Art Space (CCAS) has relocated; Gorman’s Art Centre has become a zone of apartments; the ACT has recently appointed a new Minister for the Arts; a new director has stepped in to head up the CMAG; DESIGN Canberra (through Craft ACT) has grown to national visibility while taking a particularly local focus.

The observation would be that things remain on overdrive for Canberra arts, despite the perception by many of a sleepy scene. Wawrzyńczak’s conclusion, however, is that while the ACT statistically has the highest per capita involvement in arts and culture in the country, this local scene nevertheless has an ‘inherent fragility’, largely as a funding outcome.

But if anything, 2020 has demonstrated that the ACT supported its artists through the recent pandemic, recognising the need to support local making.

Clearly, there is room for How Local Art Made Australia’s National Capital: Part 2 in the forthcoming years.