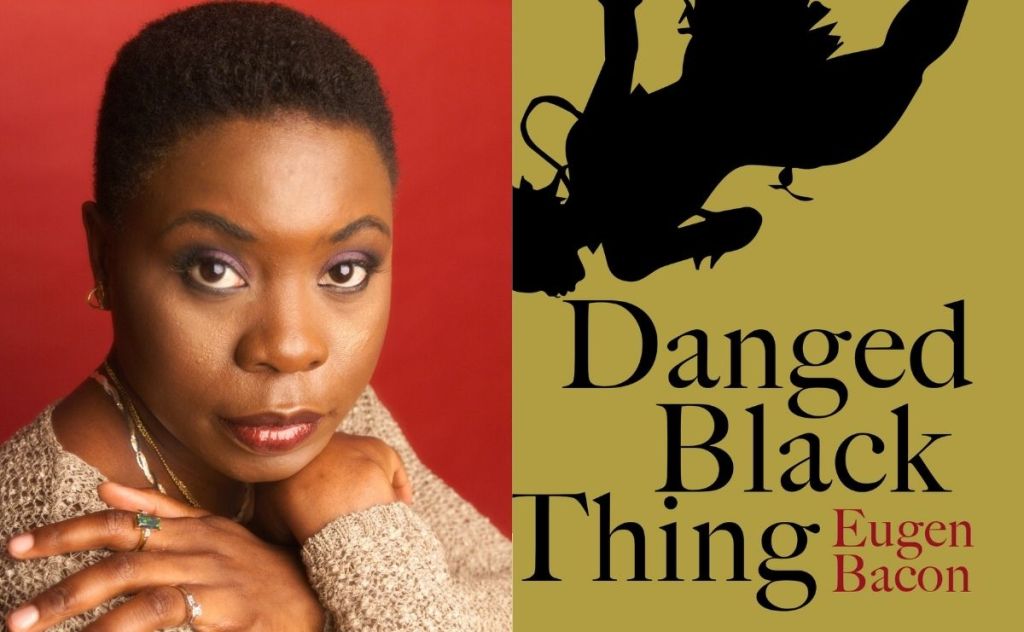 ‘You rise to the level of the language; it doesn’t stoop to yours. In many of the stories, this is a rewarding trade-off. ‘ Photo supplied.

In Danged Black Thing, Tanzanian-Australian writer Eugen Bacon delivers a collection of short stories that meditate on – among other things – race, gender, migration, climate change, love, and motherhood. Her writing spans genres, continents, and time periods. ‘Rain Doesn’t Fall on One Roof’ profiles a single African mother in Melbourne, struggling to find employment as she raises her son alone. ‘The Water Runner’ is set in a futuristic Tanzania facing down the effects of climate change; a couple, Zawadi and Mapesa, must make a potentially life-or-death choice in a world teetering on the edge. ‘A Visit to Whitechapel’, meanwhile, opens in a London where aliens are invading, an outlandish situation that gradually morphs into an older, more familiar tale.

What connects these stories is the prose style, which, for Bacon, is clearly what matters most. Her writing is poetic and lyrical, the kind that constantly reaches for new meaning, intent on defamiliarising things you’ve seen and felt a thousand times and making you experience them differently. Suitcases are ‘plastic tubs’; blood on a doorknob is a ‘cherry palm print on the doorjamb’. We are left to figure out for ourselves that ‘a shrine opened as a museum to the Pope’ is a church – specifically the church of Donald Trump’s infamous photo op, although we are left to figure that out for ourselves too.

Conveying what is happening at the surface level of the story is therefore not always at the top of Bacon’s to-do list. This is something she expects you, the reader, to do for yourself. You rise to the level of the language; it doesn’t stoop to yours. In many of the stories, this is a rewarding trade-off. In the first sumptuous entry, ‘Simbiyu and the Nameless’, Bacon earns her comparisons to Toni Morrison in the story of Simbiyu, who at 18-months-old is engulfed by a darkness that follows him for years and causes horrific accidents to those around him. ‘When the Water Stops’ paints a grim future for a rapidly warming world in which humans, having exhausted all drinkable water sources, are forced to drink each other’s blood for survival.

This approach falters, however, the closer Bacon moves to science fiction. In a genre that’s based on strange, fantastic worlds, what’s usually needed from the writer is clear, precise writing to guide the reader through them. Bacon, it seems, disagrees. Her prose remains as lyrical as it is opaque, and for many readers this will work against grasping any sense of the world she’s building. At the far end of this spectrum is ‘Messier 94’, a co-write with European writer Andrew Hook. It starts off as a meditation about ‘the lamentation of jazz and folk, blues and soul’; transfigures into a locked-room murder mystery; and winds up in some sort of virtual reality. Or a video game. Or possibly both. I’ve read it three times now and still have no idea.

Others, however, are more accessible. ‘Forgetting Toolern’ is a madcap sci-fi romance set in New London. Protagonist Soya falls in love with Toolern, best described as the mad scientist lovechild of Doc Brown and Dr. Who. Her attempts to pursue a relationship are frustrated every time Toolern rushes off to battle aliens on the other side of the universe, who seem real but also serve as convenient distractions from his crippling commitment issues.

Bonkers as it sounds, Bacon holds the whole adventure together with a rollicking sense of humour that turns any bewilderment into transcendent joy. As the final story in the collection, one can only hope it indicates where Bacon might be headed next.

Michael Hannan has written and edited for artsHub, Express Media, and TEXT. He is currently a PhD candidate in literary studies at the University of Wollongong.