Why my young self knows I’m full of crap

Many arts organisations pay lip service to young people but give them little power. How quickly we forget.
Alysha Herrmann
[This is archived content and may not display in the originally intended format.] 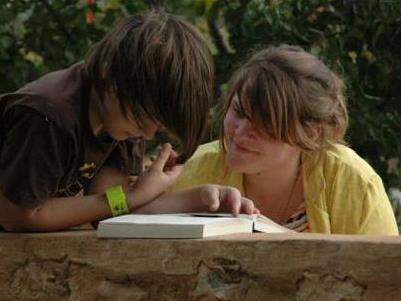 In my experience, as a young person and now working with young people, many, many projects position and promote themselves as ‘Youth-Led’ or ‘Youth-Driven’ but when you dig a bit deeper below the surface few actually are. So when I pitched this presentation to the Arts and Edges Curators the idea behind my pitch was to look at some of the skills and strategies for developing truly youth led projects and how to check in with and interrogate our own practice and vision in supporting youth led projects by drawing on some of my experiences and observations as a young person and now not as a young person but working with young people. Full disclosure I’m now 29.

Just before I pitched this sum it up session, I’d been invited to sit in on a steering committee meeting for a youth led project by another organization. I think it was about ten minutes into their meeting when I realized that the young people at the table weren’t steering or leading anything. Not because they weren’t perfectly capable of doing so but because the outcomes had already been decided before they were invited to sit at the table. I discovered that this youth ‘led’ project had been entirely conceived and developed by the organization leading so all the timelines, and outcomes had already been decided and put into the funding application before the steering committee became involved.

So at that meeting they weren’t steering anything. They were allowed to help brainstorm a name for the project (though didn’t get the final say on which name was chosen – that of course went back to the organization for approval). They also got to volunteer for some tasks to achieve the project – so in effect this particular group on this particular project was an implementation committee not a steering committee.

So anyway, when I pitched this session I’d just come away from that experience and some others leading up to it. And I was feeling frustrated and disillusioned and wanting to explore some of the observations I’ve had in the hopes that maybe we’d all go away from this summit and reflect on and maybe shift some of our practices.

And then as often happens – Life got busy. Work got busier. The thoughts, while still percolating away got pushed to the back of my mind and in true conference style I sat down an hour ago to actually write down what I was going to say to you today to go with the slides I sent in a month ago and well, this is what came out.

You’re full of crap.  Yeah you really are. Let’s not mess around here. Lately you’ve been doing a pretty shite job of developing youth-led projects. Of supporting youth-led ideas.

I don’t know if you even noticed but you’ve jumped straight onto the hamster wheel. You’ve become institutionalized in a way you swore you wouldn’t. And so I just wanted to remind you…

Remember back when we were part of that youth advisory committee? And we were young. We didn’t really know anything about councils or organisations or sectors or acronyms. In fact we didn’t even know that councils were a form of government, we just knew they had something to do with managing the library. Remember how at first we were all just creating and making projects and events. Visual art exhibitions, music projects, leadership days, performing at events, interview projects with old people. Cool, fun stuff. The meetings were monthly and we’d get together, eat lollies, eat pizza and talk about the projects that’d just happened, what worked, what didn’t, what we could do better and then we’d talk about the projects coming up, who was going to do what and what we’d learned from our last project. The meetings officially ended at 9. Everyone would still be there at 10, animated and excited.

And then remember when it was decided (for us) that we had to become a proper formal committee. And we had to follow formal meeting structures and procedures. We had to make our meeting minutes match an official template. We had to second and motion everything properly the way committees should. Everyone single tiny detail of everything we wanted to do had to be approved by some guy we barely knew (a staff member) and who never came to the meeting.

The changes happened for a whole bunch of reasons but the main one was because ‘they’ wanted us to learn how to become professional, to operate at a level that reflected well on us and on their staff.

Remember how we thought then that maybe professional is just another word for robot. Because being professional seemed to mean you weren’t allowed to cry or laugh at a meeting or ever be truly honest about what worked and when actually maybe you’d just fucked up. Because instead everything just had to reflect well on a bunch of adults that didn’t even know you.

Just think about it, okay.

Before you get back to work next week.

Just think about it.

Alysha Herrmann is a proud parent, regional artist and advocate using performance and civic action to inspire individuals and communities to connect, reclaim and reinterpret their personal stories. She is a writer, theatre maker, and cultural producer. She also blogs at alyshaherrmann.wordpress.com and tweets mini-poems as @lylyee.