This is a sad and unfortunate case, and the silence since the ruling has been very loud. But silence can’t win if there is noise.
Anne-Marie Peard
[This is archived content and may not display in the originally intended format.] 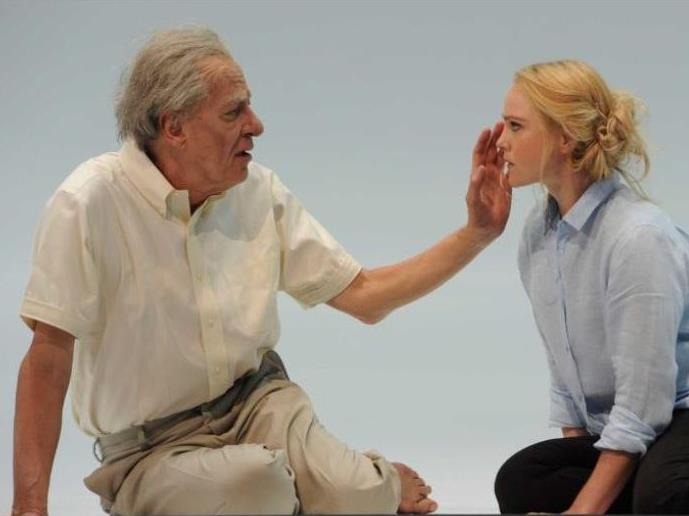 ‘This is a sad and unfortunate case,’ began Justice Michael Wigney in his 11 April summary of his judgement of Nationwide News & Anor v. Geoffrey Rush.

The case was heard in October and November last year. I wrote a piece about the case that discussed the journalism that led to the trial and the arts industry support for Eryn Jean Norvill, known as EJ, who was forced to become a witness for the defence even though she wanted the story of her alleged abuse kept private.

Reading some commentary about the ruling, it’s easy to forget that neither Rush nor Norvill was on trial. This was a case of defamation brought by actor Rush against Nationwide’s The Daily Telegraph and journalist Jonathon Moran for the publication of articles and accompanying posters on 30 November and 1 December 2017. Their defence was that the stories were true rested on events that took place during the Sydney Theatre Company’s 2015 production of King Lear, but those events were not discussed in the articles.

In his judgement, Justice Wigney called these articles ‘recklessly irresponsible pieces of sensationalist journalism’. It was atrocious journalism.

He continued that ‘Nationwide and Mr Moran were reckless as to the truth or falsity of the imputations they conveyed and failed to properly inquire into the facts before they published’.

According to the evidence presented at the trial, the articles about Rush’s alleged inappropriate behaviour were speculative and little attempt was made to consider or prove their truth. But with high-quality publicity photos from the production and irresistible ‘Bard behaviour’ and ‘King Leer’ puns, the articles ran and were used as the source for more speculative stories in other publications.

As discussed in the ruling, ‘the effect of the publications on Mr Rush was devastating’. He suffered ‘hatred, ridicule and contempt’ that ‘gravely injured his character and reputation as an actor’.

It’s clear why Justice Wigney ruled in favour of Rush. He also awarded him $850,000 in damages, which includes aggravated damages above the NSW damages cap of $400,000. This figure will increase in a hearing, scheduled for 10 May 2019, to determine the amount of ‘special damages’ for Rush’s past and future economic loss, which could be millions of dollars.

Norvill did not contribute to the articles by Moran or to any media stories about Rush. But as she is the person who confidentially accused Rush, she was the main witness for Nationwide. She was the witness for the newspaper that made her private story public. Witnesses don’t get payouts, even if they have suffered public ridicule and their reputation has also been injured.

Witnesses don’t get payouts, even if they have suffered public ridicule and their reputation has also been injured.

Had the judgement ended with proof of defamation and an admonishment of lazy sensationalist journalism, it would be simply unfair.

But this is a sad and unfortunate case.

It’s easier to read the summary than the 200-page judgement with its 927 paragraphs, but the judgement declares its intent in its first two paragraphs. They are quotes from King Lear. It’s not common practice to open a judicial finding with some Shakespeare.

The quotes are from the scene where Lear carries the body of his dead daughter Cordelia and is devastated that he didn’t believe her story when she was alive. Rush was Lear and Norvill was Cordelia in the 2015 production.

The irony of an old man not believing a young woman aside, the choice of these quotes shows so little concern or respect for Norvill that it’s almost like rubbing the judgement in her face.

In his summary, Justice Wigney said he ‘had concerns about Ms Norvill’s credibility and reliability as a witness generally’ and that she was prone to ‘exaggeration and embellishment’. He continued that her ‘evidence was uncorroborated’ but admitted that ‘the incidents were not witnessed by anyone else’. No one can corroborate something they didn’t see; that doesn’t mean it didn’t happen.

No one can corroborate something they didn’t see; that doesn’t mean it didn’t happen.

Justice Wigney said, ‘I accepted the evidence of Mr Rush, Mr [Neil] Armfield, Ms [Robyn] Nevin and Ms [Helen] Buday in relation to Mr Rush’s behaviour during the rehearsals. I did not accept the evidence of Ms Norvill and Mr [Mark] Winter.’ Armfield directed the production. Nevin, Buday and Winter were actors in it. Winter gave evidence that he witnessed some of the alleged inappropriate behaviour.

None of these witnesses contributed to the defamatory articles that this case is about. And the amount of similar discussion about Norvill by Justice Wigney seems out of proportion to his discussion of the case being judged.

And so the sharing of #IStandWithEJ begins, again.

She is still believed. This case is defamation and Rush has won with a nice payout. The judge’s comments about the people involved explain why Rush won the defamation case. The publicity surrounding it also ensured that there’s no way Rush could have a fair trial if Norvill – or anyone else – ever brings charges against him.

#IStandWithEJ may be a keyboard warrior hashtag, but it’s louder than the silence.

The silence since the ruling has been very loud.

Silence from the very well-funded theatre company that allegedly didn’t provide a safe workplace or appear to act on a confidential accusation of potential abuse.

Silence from many other leading theatre companies, some of which have benefited from Rush’s star power.

Silence from industry leaders within these organisations.

This silence says so much.

But silence can’t win if there is noise.

The noise is coming from individuals, many of whom work in the arts industry and know that the noise they make might jeopardise their chances of ever working with these silent companies.

The noise is coming from people who don’t work in theatre but know what it’s like not to be believed when they report sexual abuse and harassment.

And listen to all the voices involved.

This is the statement Norvill made outside the court after the ruling.

‘I stand by everything I said at trial. I told the truth, I know what happened, I was there.

‘As you all know, I never wanted these issues dealt with by a court. This case has caused hurt for everyone. There are no winners, only losers. And I would’ve been content to receive a simple apology and a promise to do better, without any of this.

‘We are living through complicated and rapidly changing times. We need to make genuine, cultural change in our professions and industries. We can do it but only if we acknowledge and confront, with honesty, the problems and the complexities of the power imbalances in our workplaces.

‘It has to be possible for a young woman working in theatre, who feels unsafe in her workplace, to get that situation fixed. I will be spending a lot of my time on that issue from here on in and I am very much looking forward to getting back to my acting too.’

Make some noise. Let women know that they are believed and that their safety and wellbeing are far more important than the reputation of a powerful man who can afford good lawyers.