What you need to know ahead of the National Arts Debate

The National Arts Debate will enable voters to assess Liberal, Labor and Greens arts policies. Here’s our guide to understanding what's at stake.
David Pledger
[This is archived content and may not display in the originally intended format.] 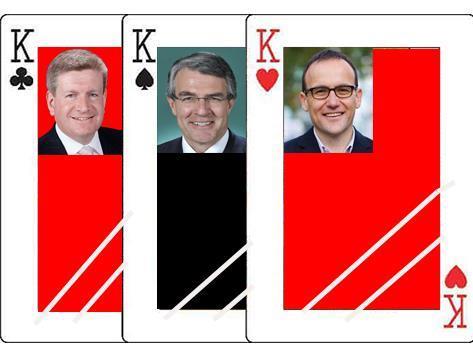 Since the conclusion of the Senate Inquiry into the Arts six months ago, significant changes in the lives of key players in the arts have dramatically altered the landscape ahead of the National Arts Debate.​ The following is a survey of those changes.

At the end of the Senate Inquiry, politicians from across the spectrum rose in the Senate and elevated the Australia Council to the apotheosis of its moral authority in a history spanning 50 years. It was the mid-point in a year which began with the extraction of $105 million from Council coffers by then Minister George Brandis and ended with the recent and long-awaited announcement of key organisations funding.

Only problem, Council did not notice or understand or thank the sector for delivering its historical moment. This lack of engagement was entirely consistent with Council’s behaviour throughout a year regularly pockmarked by management deficit and moral deficiency to the point where it was remarked upon in Senate estimates earlier this year.

When announcing key organisational funding to a fraught sector, CEO Tony Grybowski’s insensitive comments that it was ‘history-making’ highlighted the distance between real life and bureaucratic life. Grybowski’s allusion to history was nothing compared to the history he made when it was revealed he accepted a performance bonus in a year in which his leadership oversaw a tsunami-sized loss of Council’s budget. Now that’s the kind of history you don’t want made and don’t want repeated!

This event is the latest chapter in the corporatisation of the Australia Council, a process that has rendered the agency rudderless and clueless. Nor is the process confined to the arts. Richard Locke in The Monthly zones in on the consequences:

It’s not the crude chilling effect of funding cuts that’s the real worry – that rumble can still happen in the media, just. Instead, it’s the lockjaw creeping through a group of bureaucrats who see themselves as pseudo-business people, who have turned out not to be much good at being either.

Add advocacy to that list. The most disturbing aspect of Council’s behaviour is its failure to push back against the government on behalf of the arts sector let alone itself. Any organisation that refuses to fight for its life generates the smell of death. If the LNP wins the election, the Coalition will just kill it off. It’s been easy pickings thus far. If Labor gets in, the remaining funds from Catalyst will be returned and the agency will be propped up. And if The Greens have anything to do with it, Council’s budget will be increased. Truth is, the Australia Council isn’t their problem, it’s ours. And whichever configuration forms government, the arts sector needs to come up with some clear strategies to sort it out.

This year, some have attempted to make up the lost ground. The previously unheard of Confederation of Australian State Theatre Companies recently condemned the Government for its cuts to the small-medium sector. With the exception of Geordie Brookman and Kate Cherry, this grouping was gobsmackingly silent last year when it felt it had something of its own to lose if it spoke up. Much better though than Libby Christie, CEO of The Australian Ballet, a company with millions in reserve and a recent recipient of another million, courtesy of Catalyst, to refurbish a building. As five contemporary dance companies were put to the sword – including BalletLab and Force Majeure – Christie called for the dance sector to ‘work together’ and ‘not turn in on itself’. She might just as well have said: ‘Let them eat cake.’

The loss of cultural authority of the Major Organisations is irrevocable. Probably not a bad thing when you consider their business models are outdated and unsustainable. If they want to show genuine leadership and commitment to the broader arts sector, they need to work with the Federal and State Governments to unpack the arrangements that have quarantined their funding for more than 20 years. This is not about equity or entitlement. It’s about something called the 21st Century. It’s not just the rules that have changed. It’s the game.

In the run-up to and throughout the Senate Inquiry, the newly created freethearts ran a sustained campaign to spark interest in as broad a cross-section of the arts and cultural scene in the Senate Inquiry as its limited resources could muster. Its efforts highlighted the need for a national advocacy platform for the arts. Enter ArtsPeak, an unincorpoarted federation comprising an odd collection of organisations one might not normally expect to see under the same banner.

Under the stewardship of Convenors, Nicole Beyer of Theatre Network Australia and Tamara Winikoff, Executive Director of NAVA, ArtsPeak has been instrumental in mobilising the arts sector in this election campaign. Hitting the ground running, ArtsPeak is delivering a National Arts Debate having persuaded to attend the Minister for the Arts, his Shadow and The Greens’ representative. A most impressive effort particularly from Tamara Winikoff given the Australia Council’s recent, inexplicable decision to de-fund NAVA.

However, when the dust settles after the camapign, ArtsPeak will need to consider its membership guidelines. It currently excludes independent artists, and if it is to speak on their behalf – and not just on behalf of the arts or arts organisations – it will need to find a way to bring them into the fold and at a leadership level.

Australian Arts Party – the configuration of these three words into a single phrase has proved to be a positive driver in pushing the arts into the broader public consciousness. Whilst there has been some skepticism within the arts sector around the formation of an Australian political party for the arts – whether it might compromise the sector’s desire for policy bipartisanship – it is hard to argue with the organisation’s enthusiasm, clarity and sense of mission. A win on The Greens’ arts policy last week for a National Arts Week underscores the Party’s potential to influence the political culture, not just through votes but policy.

As for the major parties, it is sufficient to say that both Labor and The Greens have a considered and thoughtful arts and cultural policy. The LNP Coalition does not.

Outside these formations – which tend to be dominated by cultural operators, managers, bureaucrats and administrators – are Australian artists whom, of all the players, have borne the greatest cost in the last six months.

In the 25 years from 1985 – 2010, direct funding to artists was cut by one third. Alison Croggon’s analysis of recent Australia Council announcements reveals something worse: that funding to individual artists has been decimated with funding cuts of up to 70% over the last two financial years. Something has to give. A lot of anger is being expressed on social media streams and artists are looking for ways to act outside these conventional formations. Almost three years ago I called for a national artist’s strike and, going on recent conversations, it is an idea that seems to be gaining more traction not less. Out of desperation if nothing else.

For those looking to the future, two alternative strategies based on the same reading are on offer. There seems to be consensus that the current system is broken. One strategy leans towards repairing the system and the other strategy leans towards the creation of something altogether new. These strategies may be congregating around two groupings called Arts Front and Frontyard; the former arises out of existing cultural formations and the latter around a set of emerging values, questions and operatives.

Certainly, one of the most interesting documents to emerge from last year’s carnage is the Australian Charter for the Arts advocated by Frontyard principals Clare Cooper and Benjamin Forster. It is an attempt to write a new narrative for the arts in Australia with artists as protagonists rather than special extras visible only to those with peripheral vision. When it’s finished it could be worth a read…