Some solutions to the world of the disappearing arts

With the Arts disappearing as a Federal Government department title, David Pledger looks around the world to see how other nations value their culture and finds some lessons for Australia.
David Pledger 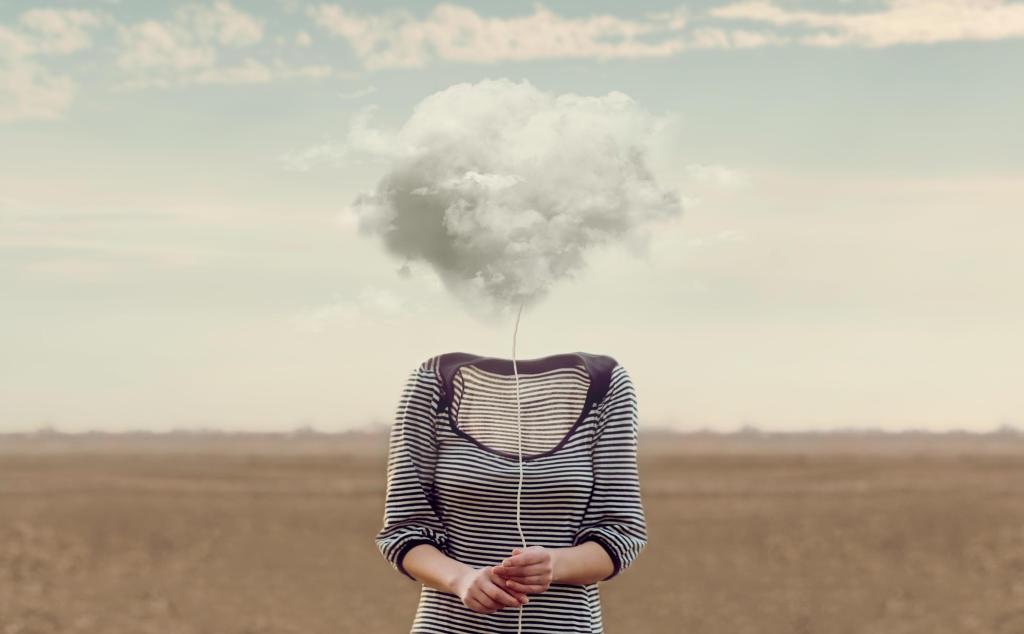 On the fifth day of the last month of the last year of last decade, Australia’s conservative government erased the Federal Ministry for the Arts.

Erasure is emblematic of ideologically driven systems regardless of the wing, left or right. Some person, idea or practice hitherto considered vital seems suddenly to lose value and is airbrushed from history. But in truth, the practice of erasure increases by stealth. Because, in truth, the erasure of Arts Ministries began in our country five years ago in the State of Victoria and again in South Australia last year. The erasure of the arts from the public consciousness of government is as damaging as deep funding cuts.

Which is what happened last November in the Global North when the Flemish government announced cuts of 60% to project funding, 6% to the small-medium sector and 3% to cultural institutions whilst increasing funds to various heritage initiatives. This shook the European contemporary arts scene because Flanders, the northern region of Belgium, has for the past twenty years been Europe’s most influential player.

The cuts were made by Minister-President Jan Jambon of the nationalist New Flemish Alliance. In concert with local protests, some of the biggest European players – Matthias Lilienthal (Munich Kammerspiele), Stefanie Carp (Ruhrtriennale) and Annemarie Vanneckere (Hau Hebbel am Ufer) – sent a letter to Jambon in which they synthesised the argument unifying critics of right-wing Western governments’ approach to the arts:

‘All things considered, your obsession with big institutions, heritage and prestigious projects is incomprehensible. It is not only the Flemish institutions who are beacons of excellence, it is the intricate weave of organisations, companies and artists in the cultural landscape of Flanders that makes it flourish on an international level.’

It could have been written about Australia. Indeed, in a heartfelt letter Sri-Lankan Australian performer, Ahil Ratnomohan, now Antwerp-based, pleads with the Flemish government not to follow Australia’s disarticulation of the artist, catalysed in 2015 by then Arts Minister, George Brandis:

‘Today every visit to Australia is a very sad and uncomfortable event for me. Peers I once looked up to struggle to find a voice in a city devoid of culture.’

GloBAL erasure of the arts

‘… throughout Europe things are going crazy: yesterday it was Hungary and Poland, today it’s Flanders and Italy, the extreme right is shutting down critical contemporary creation all over the place… Budgets are going down everywhere, including the EU (they plan to cut down on Creative Europe in the next budget round).’

It’s a view reiterated by the director of the European Cultural Foundation, André Wilkens:

‘The battle of Europe is being fought not with tank and missiles but with ideas, narratives.’

American theatre director and activist, Kevin Doyle, has been warning the Europeans for years of their fate, laying out in both discursive and theatrical contexts the war on public arts funding in America that began with the emergence of the Christian Right in the 80s and continues past neo-liberal analysis into contemporary America divided by those with access and those without. In an email to a Belgian colleague, he writes:

‘If these cuts to public funding are happening it is because Belgium/Flanders is being terraformed at the molecular level – in the same way USA arts culture was in the 1990s.’

There were harbingers to the Flemish cuts, the most severe in 2011 when 25% of The Netherlands arts and culture budget was slashed leading to the closure of 24 cultural and arts organisations, a fate that awaits Australia’s small-medium and independent arts sector in February.

If we head to South America, things get even worse. Just last weekend, right-wing Brazilian President Jair Balsonaro – no shrinking violet when it comes to extremist language – momentarily discovered his moral compass when he sacked his Culture Secretary, the born-again Christian, Roberto Alvim, who paraphrased Joseph Goebbels to announce a new arts initiative, according to Al Jazeera.

Across the Western world, the evisceration of the arts is integral to a programmatic approach that cuts welfare, health and public services. It is consistent with a worldview that creates and accentuates division, inequity and social injustice, unspoken policy that fits squarely within the trajectory of neoliberal governments worldwide, governments creeping, sometimes sprinting towards authoritarianism through downward pressure on civil liberties, direct attacks on the media, the ‘militarisation’ of the public service and a perceived state of permanent crisis. It is a corollary of neo-liberal capitalism that it disables these instrumentalities of democracy in order for it to fulfil its essential ambition, the maximisation of the profit of all things – goods, services, people. Belgian artists’ initiative, Jubilee, summarises its effect:

‘The heart of society, the social fabric is losing its oxygen.’

The Guardian writer, Gary Younge describes neoliberal globalisation as ‘a force without a face, a system without a centre.’ He identifies its mercurial nature which is, at once, its source of power for proponents, and exasperation for its antagonists. As soon as you start blaming neo-liberalism for the evils of the world you lose, because it morphs potently into another form or format that belies universal assignation. Its alchemy allows it to become whatever those seeking profit want it to be, in accord with local circumstances. It is the ultimate shape-shifter.

Whilst neo-liberalism has no centre, it is visible by the dots that, once connected, characterise each region or nation’s variant. In Australia, these include the persecution of citizens (Robodebt), the prosecution of whistle-blowers (Witness K), the  intimidation of journalists (ABC, Newscorp, Assange), a brutal asylum seeker policy, the militarisation of police, the politicization of the public service, climate-denialism and the diminution of the arts and the national broadcaster. This is the shape of Australian neo-liberalism.

These are the political circumstances that govern our era. By acknowledging them, trying to understand them, resisting the urge to blame them for all our travails, we can change them. How do we do that? How do we, in the Arts, create and advocate in this new world order?

At a fundamental level, it means the re-calibration of strategy and tactics which are currently twinned with a system that no longer exists, the politics of representation. More than populism, Australian neo-liberalism is concomitant with the rise of the professional political class which has caused the atomisation of ‘representation’ by the politics of power.

The Arts sector has struggled to read and adjust to this shift. It continues to behave as if politicians’ primary motivation in government is to represent the interests of their elected constituency, and for ministers, their portfolio constituency. This is no longer the case. Politicians’ primary motivation is to remain in government. In opposition, it is to return to government. The political mindset is risk-averse, it’s hardwired to not committing to anything or anyone in case that commitment exposes them to criticism, worse still, a loss of power.

It’s time to change our action settings to deal with this change in political culture.

The Arts sector’s main strategy has been to have a seat at the table to ensure access to politicians. It’s ingrained a politesse that has dominated and diluted advocacy for a generation. Filmmaker, activist and social impact producer of Naomi Klein’s This Changes Everything, Alex Kelly, observes:

‘Artists and arts advocates (and all those interested in policy change for that matter) need to get past the idea that access to politicians alone will open the door to change by winning them over with their facts and arguments. The politeness that often accompanies a strategy to “get a seat at the table” means that people stop asking for what is actually required and only ask for what they think is politically possible or palatable. As the centre moves ever to the right this is a strategy that is doomed from the get-go.’

Sitting at the table is irrelevant unless you can turn tactics into parliamentary muscle, signatures into votes, individuals into community, outrage into practice. How do we do this ?

In the political space, we need to shift our historical focus on major political parties and forge a cross-party alliance of individuals who can represent the interests of the Arts in all areas of mainstream political culture in every policy discussion. Special attention needs to be afforded to independent and micro-party politicians in the Senate who are critical to passing legislation, and so carry real power. Transversal advocacy is key to activating and directing political support.

In the 2016 Federal Election, the Arts was on the agenda for the first time since 1993. Since then a retreat from front-foot activism has marked the sector’s response to various crises. In welcome contrast, when the Federal Ministry for the Arts was disappeared last December, a petition signed by more than 50,000 people sought the removal of all Art from Parliament House until its re-appearance. Translating signatures into votes is a skill the sector needs to learn and practise.

In the social space, we need to understand that external forces will always determine the conditions under which the Arts operate. The reality is, there is not a deep, sectoral understanding of how the Arts intersects with, relates to, and is affected by other parts of society. The sector’s tendency to see the Arts as an isolated thing to which singular stuff happens, only re-enforces its perception as elite. We, in the Arts, need to engage meaningfully with familial sectors such as environment, media, welfare, health and education, and lift our eyes from the path we are walking to join those in other countries facing similar travails. We need to see ourselves as part of a whole rather than a whole, apart.

In the artistic space, the generation of artists in our post-emerging, pre-established artist category is beginning to understand that being in control of one’s content and medium in dialogue with an audience is a discipline that can be seamlessly applied to protest, rights and power. It can be playful, disruptive, artistic – and they don’t see you coming, ‘cos they don’t see you. Practising artists need to be activists, and cultural institutions need to find courage to support them. Advocacy and activism need to be an extension of every artist’s practice.

These tactics can be deployed by artists, arts workers and cultural operators. They comprise a strategy to combat a government committed to keeping the Arts in check as opposed to embracing the Arts at the democratic table. Here, the two, best examples are our neighbour, New Zealand – whose Prime Minister seamlessly integrates the Arts in her nation’s vernacular – and our friend, Canada – whose arts budget will have doubled in 2021 on its 2016 figure. Our government is more aligned with the European variant that fears the Arts for its potential to reveal its duplicity, negligence and vested interest.

Time to build a new table.

This article was also published at the Daily Review.