Powerhouse move to go ahead, saved from COVID’s axe

Parramatta Lord Mayor makes plea: 'Don't turn your back on us', while the National Trust is disappointed as Powerhouse Museum relocation comes under scrutiny and NSW Premier scrambles for cash for COVID stimulus fund.
Gina Fairley 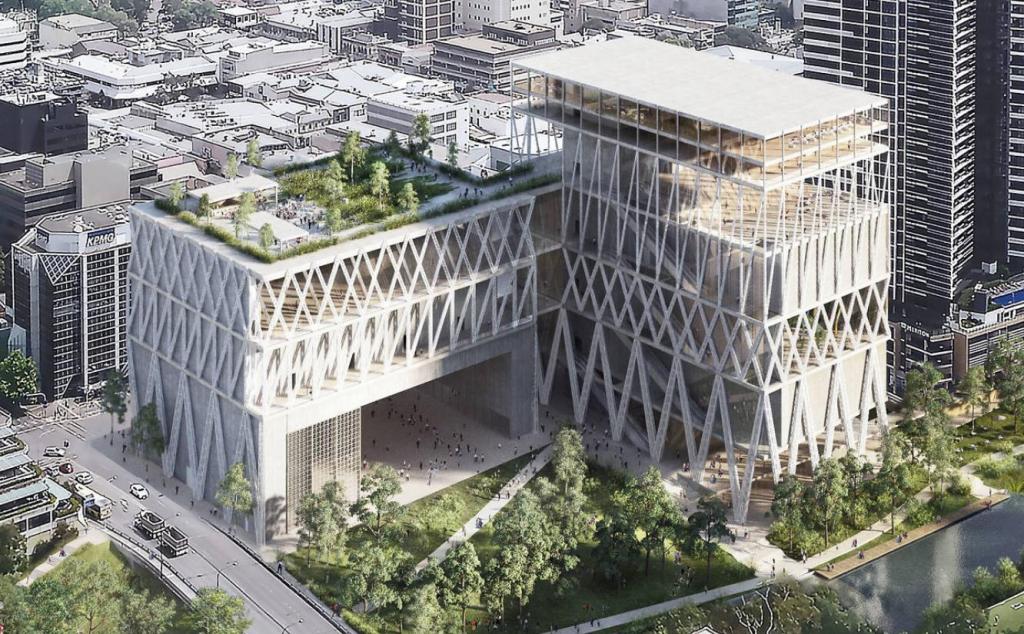 In one way this story could be told as arts conquering sports. This past weekend (31 May), NSW Premier Gladys Berejiklian struck a line through the $810 million refurbishment of Stadium Australia at Olympic Park, while confirming that the build and relocation of the Powerhouse Museum to Parramatta would go ahead. Berejiklian election promises were split in their delivery.

The decision came as her government announced a new $3 billion Infrastructure and Job Acceleration Fund to be used for smaller, shovel-ready projects that would create jobs, and is said will ‘touch every corner of the state’.

The Stadium project was axed to fuel this fund. The Powerhouse Museum relocation – like Lazarus who will not sleep – remains on the table.

In a formal statement the Premier said: ‘This [Powerhouse] project alone will create more than 1100 construction jobs in Western Sydney, 2400 indirect jobs, and keep hundreds employed once it opens. The government is also looking at options to support the arts community at Ultimo.’

She continued that in the current health and economic climate the Stadium refurbishment ‘no longer makes sense’.

Berejiklian’s statement follows a very urgent public plea by City of Parramatta Lord Mayor, Bob Dwyer on 29 May, which was triggered by squabbles in Parliament over a wage freeze, pulling in the museum’s relocation as a counter argument for the purported $1.1 billion spend.

City of Parramatta CEO Brett Newman reminded that the city had not received a significant investment in cultural infrastructure since the 1988 Bicentenary.

‘Western Sydney gets a meagre percentage of cultural arts funding compared with Sydney’s CBD and eastern suburbs, despite the fact our residents make up almost a third of NSW’s population. The once-in-a-generation Powerhouse project is an important step to address this imbalance,’ Newman said.

‘If the NSW Premier is serious about wanting to supercharge the state’s economy post-COVID-19, she should start by making the Powerhouse relocation a top priority and investing in Sydney’s west,’ Dwyer continued.

Dwyer put the job creation in the project a little higher, citing more than 2,300 jobs during construction and over 3,000 full-time jobs after the Museum is completed. Either way, the Premier’s announcement was a win for the City of Parramatta.

Moreau Kusunoki and Genton won an international design competition for the Powerhouse museum in December 2019.

Today (2 June), the National Trust (NSW) released the results of its flash survey to gauge the support for the heritage, social and cultural significance of the site at Ultimo and the museum’s collection.

From 30 April – 8 May 2020, they asked the community to complete a survey. 1,320 people participated. The purpose was to quantify and qualify the significance of the museum in its current location at Ultimo.

‘The overwhelming response to the survey we conducted was that people want the Powerhouse Museum and its collection to remain where it is,’ said Graham Quint, National Trust’s Director, Conservation.

Quint continued: ‘The National Trust (NSW) was so dismayed to read over the weekend that the NSW Premier, in considering the relocation project for the Powerhouse, decided to proceed.’

Two key questions in the survey were:

The National Trust (NSW) has also nominated the [current] Powerhouse Museum for the State Heritage Register.

SEE-SAW POLITICS AND ANOTHER INQUIRY

Further factions continue to question the veracity of the controversial museum move, which has become a political ‘hot potato’ since the relocation was announced in 2018, citing its location as prone to flooding and a blow out of costs.

The projected costs for the build and relocation has been estimated at up to $1.1 billion by Infrastructure NSW, with an estimated excess of $35 million spent on studies and inquiries to date.

Clr Dwyer however reminded that: ‘Parramatta is the centre of global Sydney. Not only are we an economic hub and engine room of the state’s art sector, our population is growing at almost twice the pace of Australia’s.  I call on the NSW Premier to not break her election promise.’

It has to be remembered that Berejiklian took over the arts portfolio with the resignation of Minister Don Harwin on 10 April, and the sector has been keenly watching to see how she would step up to the role.

That same week (11 April) Labor’s Jodi McKay and Shadow Arts Minister Walt Secord made a charge in Parliament, again demanding the plug on the project be pulled, claiming it ‘has always been a property deal for the Berejiklian Government.’

Just a couple of weeks earlier (23 March), a further Upper House Select Committee had been announced – the Inquiry into the Government’s management of the Powerhouse Museum and other museums and cultural projects in New South Wales.

It is chaired by Robert Borsak MLC (Shooters and Fishers), with David Shoebridge MLC (Greens) as deputy, and Secord among other members. Submissions to the Inquiry closed 17 May; findings are yet to be reported.

Uncertainty about the future of state-supported projects, and arts sector stability – especially jobs – is understandably rife at this time, and if anything it has been heightened with news that the major NSW arts venue Carriageworks toppled into voluntary administration during COVID-19.

The state government, through Create NSW, announced support via a $50 million relief fund. Many would argue it is not enough when the cost of the Powerhouse Museum’s relocation is mooted at $1.1 billion.

In this territory of tensions and see-saw politics, it is hard to truly see the clear light of day. While Parramatta Lord Mayor’s pleas were heard and Berejilklian has marched forward with the project this week, it’s far from a fait accompli.