National calls for a national plan

In the wake of 2020’s devastating impacts on Australia’s cultural life and creative industries, what’s the most important role for the Australian Government? Parliamentarians are answering in a number of ways – for some, it’s a matter of value; for others, policy; for others yet, it’s about action.
Esther Anatolitis 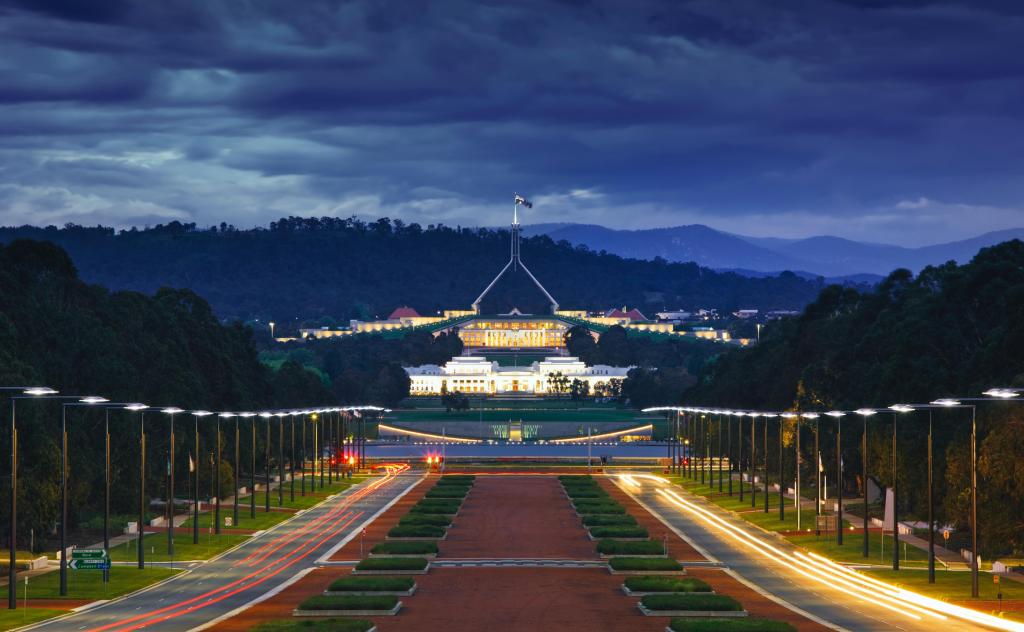 Artists had their say in Canberra. Photo by Social Estate on Unsplash.

The Parliamentary Inquiry into Australia’s Creative and Cultural Industries and Institutions closed for submissions on 22 October, and thousands of us have contributed formal documents or survey responses. Last Friday the Standing Committee on Communications & the Arts held its first day of hearings, and there’s a second scheduled for the week after next.

The Committee heard from a diverse range of artists and industry leaders who’ve made submissions to the Inquiry, and a number of recurrent issues stood out: the need for a national strategy; the greater coordination that can only come from that comprehensive approach; and to get us there, the need to improve MPs’ understanding of both creative practice and the creative industries. Because while there were a lot of helpful questions that ensured plenty of useful accounts for Hansard, there were also some telling questions indicating just how much good work is yet to be done in building constructive relationships with our parliamentarians.

Consistent in every presentation was the urgent need for a policy, a plan, a statement: a commitment from the Australian Government to outline public value, integrate relevant portfolio areas, and set out strategies that promote a flourishing industry for a nation confident in its own culture.

Kimberley Aboriginal Law & Cultural Centre (KALACC) spoke of the need for a national cultural policy that, like 2013’s Creative Australia, situated First Nations arts and culture centrally. The National Association for the Visual Arts (NAVA) spoke of a cultural policy with a First Nations First framework, ensuring ambitious investment in a National Indigenous Arts & Cultural Authority. A New Approach outlined the many benefits of a national arts and culture plan to mirror the scope and impact of Sport 2030.

From the individual artist perspective, Helen Garner, Christos Tsiolkas and Charlotte Wood spoke passionately about why a national plan is needed, as outlined by Guardian Australia’s Kelly Burke the same day, and on Monday by George Dunford here on Arts Hub.

Among the documents made public to date, the strong policy theme continues, with hundreds of submissions advocating for a national plan. The Australia Council recommends: ‘Consider the establishment of a cultural and creative industries portfolio that brings together Commonwealth investment including arts and culture, broadcasting, sport, heritage, copyright etc. to recognise and maximise cultural investment.’

Creative Victoria agrees: ‘A consistent and uniform policy approach across governments is the best mechanism for ensuring cooperation and delivery of policy, and improving collaboration.’

The Hon Ted Baillieu AO, former Premier of Victoria, where he was also Arts Minister, writes: ‘The CCI [creative and cultural industries] are often taken for granted by Governments. At the same time Governments are often the first to turn to the CCI when seeking support for significant Government undertakings.’ And among his 11 recommendations: ‘The Federal Government should urgently prepare and deliver a 10 year Strategy Plan for the CCI.’

One of the considerations in the Inquiry’s terms of reference was understanding the ‘best mechanism for ensuring cooperation and delivery of policy between layers of government’. Once again, the Committee heard a consistency of views: this is an area in which the Commonwealth needs to step up.

‘Culture isn’t the icing on the cake,’ said Throsby; ‘the foundation of good global relations is cultural understanding.’

Regional Arts Australia spoke of the great value to regional communities of a focus on place-making and tourism. ‘Arts in regional communities is as much about unique cultures as it is about the economic multipliers of tourism and place,’ said Ros Abercrombie, citing the Project for Public Space’s Power of 10 model.

KALACC pointed out that despite the 2019 announcement of a $40 million Indigenous Tourism Fund, there’s been no outcome: ‘the funds are just sitting there.’

Sydney Review of Books editor, Catriona Menzies-Pike, emphasised the need for a specialist approach to policy and investment that understands the unique ways that writers and booksellers earn their incomes. Sophie Payten, who performs as Gordi, said: ‘We need to invest in the full ecosystem, from education to export.’

Dean Ormston, CEO of APRA AMCOS, spoke of the ‘massive opportunity for cross-portfolio recognition and cooperation’ from music education to better integration with our cultural missions overseas. The goal of making Australia a net exporter of music had been championed in a recent National Press Club address by APRA AMCOS Chair Jenny Morris presenting with Payten and covered by The Australian’s Andrew McMillen.

The disjunctions among education, trade, and arts and cultural policy were also clearly set out by Nintiringanyi Cultural Training Centre’s Miriki Performing Arts, Warlayirti Artists, Sydney Dance Company, Australian Youth Orchestra, and the Australian Recording Industry Association (ARIA). On education, Payten emphasised the need for songwriting education at school, while Miriki Performing Arts lamented the loss of young talent who are unable to access local training programs. Both Warlayirti Artists and KALACC stressed the need to invest in time, training and support for deep cultural knowledge: when we don’t respect Elders’ knowledge, all of the troubling gaps widen.

Just as cultural understanding is the basis of excellent international relations, so too is it the best way to avoid conflicts within Australia. ‘Art is unstable,’ said Professor Julian Meyrick, ‘and wants to shoot off in many directions.’ The need for better national coordination is not about governments ‘managing the arts’, he went on; it’s about ensuring optimal conditions for the arts to thrive. And that requires a keen government understanding of cultural and economic value – which is the aim of this Inquiry.

It was here that our potential to improve understanding seemed the clearest – to overcome the notion that this $112 billion industry is a self-sustaining ecology.

In his submission, Ted Baillieu put it this way: ‘The presumption is often made that the CCI are wholly organic in construction and their survival is by definition guaranteed. This is a narrow and outdated view of the world.’

This kind of view was also apparent in questions put to Ros Abercrombie about why regional arts events weren’t building their incomes by simply marketing to ‘urban and national audiences’, as though this were a straightforward matter – as though tens of thousands of regionally located exhibitions, performances, venues, festivals and open studios could each market to generic urban audiences with ease. The value of Regional Arts Australia’s coordinating role was expressed clearly, as well as the value of their relationships with state-based member organisations.

Committee members also asked several speakers about the role of philanthropy, with colleagues committing to provide current data on private investment trends. NAVA’s Penelope Benton put it starkly: ‘We heard in the previous inquiry into arts funding that every $1 of public funding attracted $8 in private money – but the public funding was necessary to achieve this.’

The question is not one of top-down imposition or bottom-up organising. The most important role for the Australian Government is to implement the optimal conditions for artists to create and share work and for the creative industries to thrive. Critically, many of these policy areas fall within the Federal Government’s scope, but at the moment, they’re not being optimised.

We need policy settings that connect artists’ capacity to earn incomes and have their intellectual property protected, with the full policy spectrum from education to export, plus the mechanisms that incentivise investment. Without this, we will continue to see artists’ incomes stagnate or fall, and we will continue to see the creative and cultural industries neglected right when we need their strength the most. Such as right now.

‘These are sunrise industries,’ said Rupert Myer AO. ‘These are aspirational jobs. These are the jobs of the future… COVID19 has hit hard; by focusing here, we can rebuild well – for all of Australia.’

The final word went to Sydney Dance Company, the Australian Youth Orchestra and Opera Queensland, each of which emphasised the need for effective coordination on ambitious national policy for the benefit of all Australians. ‘The industry has been more cohesive than ever this year,’ said Opera Queensland’s Patrick Nolan, ‘and we’d love to see that cohesion reflected in the government’s response.’

‘A national policy for arts and culture is vital’, said Sydney Dance Company’s Anne Dunn, so that ‘creative connectivity can keep us happy and healthy.’

The second day of hearings is scheduled for Friday 4 December, and the transcript of last Friday’s hearings will soon be available online. More submissions are being uploaded by the week. Let’s find one by a favourite artist, researcher or organisation, or leap across to different artforms, new perspectives. Let’s read them through, draw out what’s most compelling – and commit to action.

At the next day of hearings, what questions do you think the Committee should be asking the Office for the Arts, the Australia Council, and any other government agencies and industry colleagues who will present? What questions do you think they might like to have put to them, so that they’re best placed to present the most useful responses? How many members of the Standing Committee on Communications & the Arts can you contact between now and 4 December?

Disclaimer: The accuracy of direct quotes relies on the hearings’ live broadcast and has not been confirmed by Hansard, which was not yet available at the time of writing.