Morrison Government’s complete abandonment of the arts is shocking

Tony Burke, the Shadow Minister for the Arts, is stunned by the Coalition's apparent willingness to let the arts and entertainment industry collapse during COVID-19.
Tony Burke 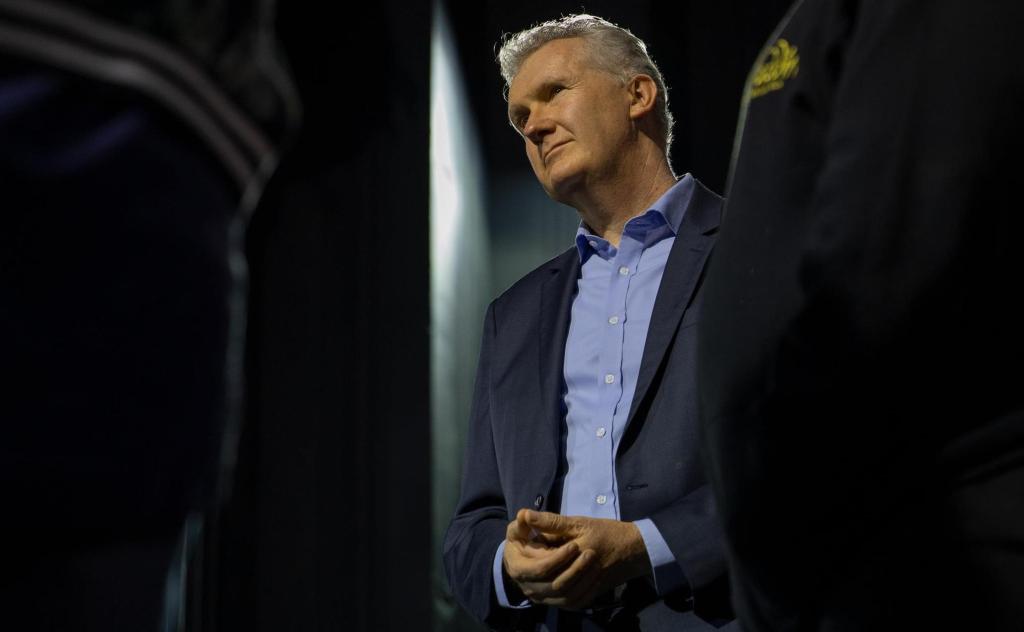 After nearly two decades in politics not much shocks me anymore.

But the Morrison Government’s complete abandonment of the arts and entertainment sector throughout the coronavirus crisis has genuinely shocked me.

I know they’ve never been a friend of the arts. For years they’ve starved the sector of funding, and they’ve shown disinterest bordering on contempt for arts policy – culminating in the effective abolition of the arts department at the start of 2020.

Even so, I’ve still been stunned by their apparent willingness to sit by and do nothing while an entire industry crumbled.

I should have known they’d be unmoved by arguments that weren’t about money: that Australia’s artists are a vital part of our social fabric and our nation’s soul; that they enrich our lives; that they tell our stories, and make us laugh and cry and dance; that they shape, interpret and reflect our national identity; and that when Australia typically goes through a crisis –  like the recent bushfires –  we turn to them for comfort, and we ask them to donate their time and talent.

But I was surprised they were equally unmoved by economic arguments.

This is a $111 billion industry. It employs hundreds of thousands of Australian workers. It helps drive other industries too, like tourism and hospitality. It’s a critical part of our economy.

But they’ve done next to nothing.

Nearly three months ago, just as the impact of COVID-19 was becoming clear – and as the government’s restrictions were forcing concerts and plays and TV and film productions to be shut down – I called for a major, dedicated support package.

No such package has arrived. And it’s increasingly clear it never will.

Labor then called for a wage subsidy. When the government finally announced JobKeeper they managed to design it in such a way that it excludes a huge number of arts and entertainment workers. This is a sector dominated by gig workers, freelancers and casuals who go from one short-term contract to another.

The Government added insult to injury this week when it made the outrageous claim that arts and entertainment workers are not eligible for support because they’re not suffering enough: Finance Minister Mathias Cormann declared they were missing out on JobKeeper because they ‘can’t demonstrate that they’ve had relevant falls in their revenue’.

Ridiculous. These are workers who watched their incomes evaporate and job opportunities disappear as gigs were cancelled, shows were scrapped, galleries were closed down and productions were halted in the early days of this crisis. They’re missing out because the Government deliberately excluded them, not because everything’s rosy for them.

Treasurer Josh Frydenberg has extraordinary discretion over JobKeeper and can fix this with the stroke of a pen.

But even now – after last week admitting they’re spending $60 billion less on supporting Australian workers through this crisis than they said they would – the Government is still doing next to nothing for this sector.

They’re hinting at using some of that money to support the ‘hardest hit industries’ beyond September. But once again the focus is on tourism and hospitality – both massively important of course – but not the arts. There is no acknowledgement from the Government that the arts is a significant driver of both tourism and hospitality.

On top of all this, the Morrison Government decided in the middle of this crisis to suspend local content quotas for new Australian drama, documentary and children’s programs, delivering another blow to the screen sector.

Labor would have handled all this very differently. We value our artists and our entertainers and everyone behind the scenes who makes performance possible. Maybe that’s cold comfort but it’s true.

We know that many working artists are not often well-paid. This is not an industry dominated by celebrities. Most creatives eke out an existence, moving from one insecure job to another, from show to show, because they love what they do and they love to entertain. We know that they need our support just like every other worker.

Most creatives eke out an existence, moving from one insecure job to another, from show to show, because they love what they do and they love to entertain.

But what the Government should be doing is starting to map out the return of large gatherings.

We know it’s likely to be a long way off. We know it’s hard to be sure exactly when it will be safe.  But if we at least had some kind of roadmap for the relaxation of large gathering restrictions it would allow businesses to begin planning.

I’m calling on the Government to start this process at the next meeting of the National Cabinet.

I have faith in the resilience and creativity of our artists. But the idea that those driven to create will always find a way is false – they need to earn a living. They need to know their industry has a future. It’s time we start planning for that future.

Tony Burke is the Shadow Minister for the Arts and the Member for Watson, NSW.