How perilous is COVID-19 for Aboriginal arts communities?

The Aboriginal Art Association of Australia speaks up for a sector facing decimation, as borders are closed, gallery sales come to a halt and artists are shut out of arts centres with many incapable of taking on Centerlink.
Gina Fairley 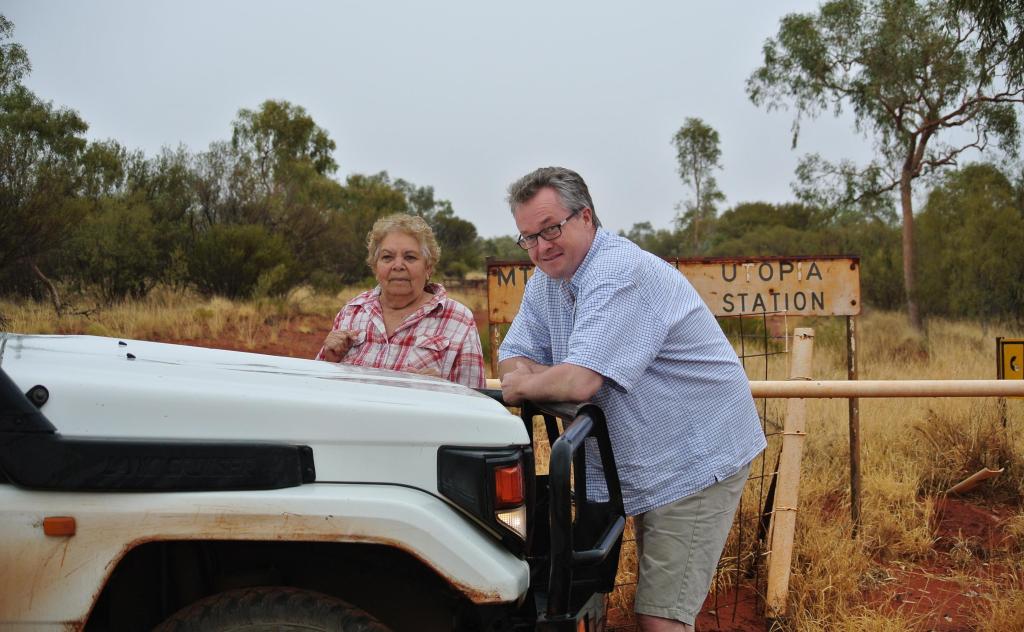 In an urgent plea, The Aboriginal Art Association of Australia (AAAA) has presented a letter to the Federal Government calling for greater clarity around bailout support, and better sector inclusion.

In the recent Minister meeting with arts industry’s peak bodies last week, the AAAA was not included. The organisation urges governments to take on the whole industry’s focus and include Indigenous Visual Arts (IVA) in decision making at this critical time.

The AAAA is the IVA’s single, cross industry, association – national in focus and broad reaching.

AAAA President Geoff Henderson told ArtsHub: ‘When we talk about the Aboriginal Arts business, we are everything from independent artists to galleries and dealers to remote art centres all in the same boat, and facing overnight cessation of any income stream.’

Henderson has received a deluge of calls from AAAA members over the past week. ‘There is a lot of confusion out there. One of the things we are finding is conflicting reports and interpretations – what is right and what is commentary in this tsunami of information?’

He added: ‘The biggest fear across our sector is the unknown; nobody knows how this will play out.’

One of their big call outs to the Government is for a centralised COVID-19 Resource Webpage and App, which is urgently needed as a one-stop-shop, especially for businesses working in more remote areas with limited support resources available to them.

When considering the Aboriginal Art Market, a somewhat romantic view of remote art centres as this wealth springs of creativity tends to dominate perceptions.

Henderson explained: ‘Indigenous arts is not always great at capturing those outside the art centre area – the independent artists and dealers – they struggle to be heard and to have a voice at the table. We need an approach taking everyone’s needs into account.’

The AAAA also encourages the Ministry to consider and prioritise the needs of urban and regional Indigenous visual artists and remote artists working outside the art centre system, of many whose cash flow has disappeared overnight.

A good example is the business of Indigenous Art Code (IAC) Board Member, independent artist Kathleen Buzzacott. She told Henderson: ‘My business and livelihood are facing an Armageddon; my people risk being decimated and wiped out.’

With Northern Territory in lockdown, no tourists or buses can come via her studio and gallery, and given that her secondary source of income is also wiped out – selling wholesale to other galleries – Buzzacott is looking at no art sales for at least the next six months.

Furthermore, and perhaps even more important is the recognition that production of art is pointless if there is not a healthy gallery sector to market that art, said Henderson. He believes that any strategy must address both production and marketing, and include support not only for art centres. ‘The AAAA would welcome a constructive discussion on this,’ he added.

Take as example the gallery, This is Aboriginal Art, on Alice Springs main strip, has reported a 100% reduction in sales this week already. Their business is 98% walk-in, of which virtually all are tourists.

‘20 to 30 artists that work directly and regularly with the gallery have lost their income stream with no prospect of replacement elsewhere in Alice Springs as all galleries are in the same position,’ said Henderson.

What is slightly different within the Aboriginal art market is that is very reliant on the “busy season” when they make most of their money to sustain these communities through the wet and quieter times. That time is now, so the impact has a longer reach than the virus shutdown.

Henderson added that dealers and sole trader/artists are desperate to understand where they fit in – as part of the Jobseeker allowance of $550 per week (as an ABN-holder who has lost work), or whether to turn to small business injections.

Sydney dealer, Kate Owen Gallery, works with some 250 artists, who will be impacted as sales effectively stop to nil. Owen said the gallery could face closure with massive ramifications for the artists without general government business related support.

As a commercial gallery, KOG receives no arts related government support, and so fall into the muddy territory of government bail-outs.

‘We are unsure whether the previously announced cash flow injections of $20,000 for small businesses are still on the table, or whether they have now been increased to up to $50,000 or are no longer available. The press is reporting different information,’ Henderson told ArtsHub.

ARE THE RISKS HIGHER FOR REMOTE ABORIGINAL COMMUNITIES

Henderson said the AAAA supports the recent closing of the boarders between states and territories. ‘One thing that is terrifying as an industry is that remote communities are at such a high risk – many have respiratory problems, renal conditions, diabetics, are obese – these folk are massively at risk.’

Many of the remote art centres are starting to close their doors, not only to tourists and collectors visiting, but also on their own communities.

AAAA member, Warlukurlangu Artists of Yuendumu, is one of the nation’s largest and most successful art centres with approximately $2 million was paid to 825 artists in the Yuendumu and Nyirripi communities in the 2018/19 year.

It closed its doors on  Friday 20 March, and its six workers were sent home. The artists and their communities are facing a loss of income of $40,000 per week with no way to replace it as the art market comes to a sudden halt, explained the AAAA.

Henderson added that the challenge of putting six staff off, however, runs deeper in these communities, where staff are not so easy to replace.  ‘There is a massive churn of art centre managers. Yes we have to respond to the immediate [situation], but we also need to look at how we want to emerge from this so that the decisions we need to make now don’t continue to hurt us,’ Henderson told ArtsHub.

He reminded: ‘Artists in the communities typically have no financial reserves whatsoever. The art centre is lucky enough to have some reserves but it can in no way fund even a small portion of this lost income to artists nor keep paying workers. The fabric of this vital community business is at risk.’

The manger of Tingari Arts in Alice Springs said in a formal statement: ‘In the last two weeks my business has come to a complete halt.  A London exhibition, which took months to plan at considerable cost without any idea what was ahead, unfortunately opened the day Prime Minister Johnson made his major public announcement about public movement restrictions. The exhibition involved two dealers, two galleries, one agent and many indigenous artists from the Northern Territory, South Australia and Victoria. Not surprisingly, there were no sales, just substantial expenses.’

Henderson described his own activities as ‘a paddock to place business’.  Like most of his fellow AAAA members, he deals with many Indigenous artists in his space on many levels.

‘My experience is if they have to go to Centrelink they come to us for advice. There is a growing problem with folk losing access to their welfare payments simply because they didn’t understand a letter they receive or didn’t get it online.

‘These systems set up demand people to respond to something set up for city folk. Many of our artists don’t read English; they don’t speak English. They can’t jump through hoops automatically,’ he told ArtsHub.

It was a view echoed by Tingari Arts: ‘Like many other dealers and galleries my involvement in the Indigenous art industry is not just to acquire paintings to on-sell. A major, and very important component is also to support the artists and their families in other areas of their lives.

‘Due to the limited (if any) English being spoken by many artists they appreciate help with dealing with government departments, transport to and from medical facilities, returning to remote communities, arranging and financial assistance with ‘Sorry Business’ and funerals, to name just a few areas of their day to day lives which can be daunting,’ Tingari’s managers said.

The AAAA is prompting government to address an urgent need for better design in how remote Indigenous artists can access the welfare that is starting to roll out.

‘They must address the practicality that many people in remote communities speak little English, many are illiterate and have no access to computers. Government will need to prioritise working with community offices to get processing happening,’ said Henderson.