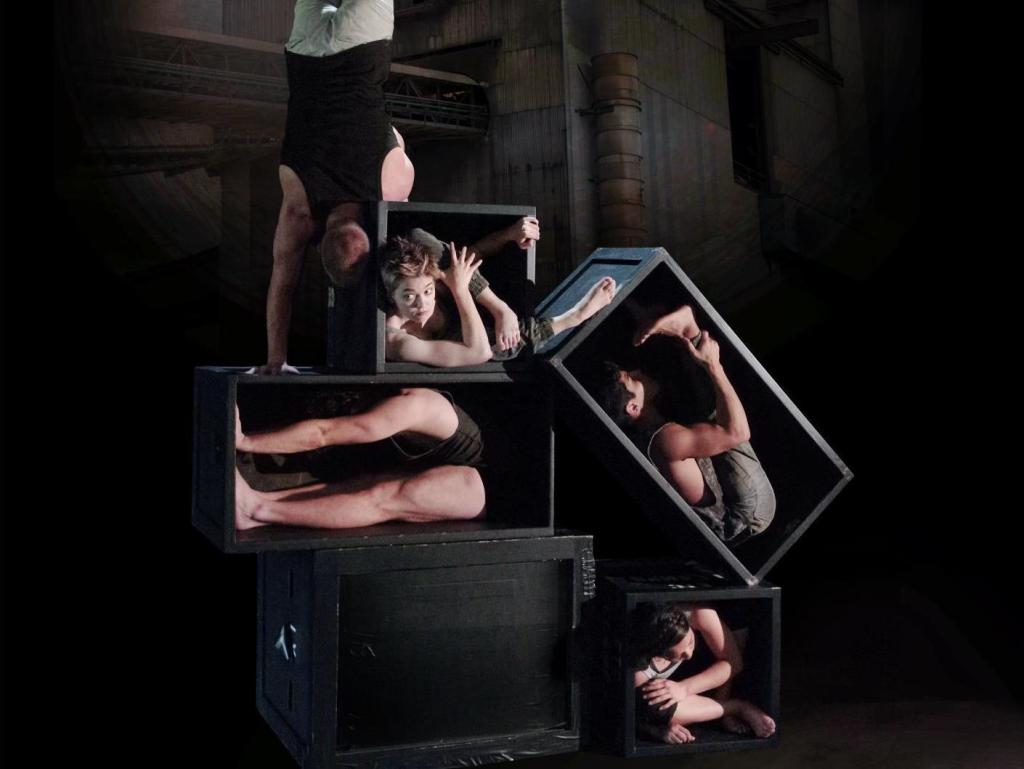 Recently, we were fortunate enough to host a Queensland Arts Industry Forum here at Brisbane Powerhouse, with 40-plus arts organisations from across the state and the Federal Minister for Communication and the Arts, Mitch Fifield in attendance.

And, being such a special occasion, it seemed like exactly the right opportunity for me get up and tell some anecdotes from my recent overseas trip. I mean, surely there was someone there who I wasn’t Facebook friends with, and who hadn’t already been bored by my stories?

I had just landed back in Brisbane, having spent a week in Edinburgh as part of the British Council showcase. I know – how glamorous! While there, I was having a beer with William Burdett Coutts, who runs the Assembly Rooms. He asked after how we’d been doing at Brisbane Powerhouse, and I talked about how things had actually been pretty good. We’d been especially focused on increasing opportunities for Brisbane artists, and over the course of three years we’d gone from 324 to 909 Brisbane artists being represented annually in our building.

He said – well, of course you would. Look around at who’s succeeding here in Edinburgh: there’s Circa, Briefs, Company 2, Casus.

Then, the following week I was part of a delegation in Linz, Austria for ARS ELECTRONICA. We’re hoping to do more digital-based work at Brisbane Powerhouse.

I was saying that to a mate who runs Brighton Digital Festival, thinking I was saying something surprising and interesting. He laughed and pointed about that there were more Queensland artists at Ars Electronica this year than folks from all of the UK.

And you know what? Both of those things are true. So… I guess it’s speech over? It’s all good news. Let’s go to the bar.

Except there’s a flipside. Only a few weeks before, I was a Peer Assessor for the Australia Council Theatre Panel. As I’m sure is in the public record, only around 5% of the applications that round were from Queensland. More Queenslanders were attached to Victorian applications than there were Queensland applications.

Around a similar time in Brisbane, we had an entire independent theatre company choose to just pack up and move down to Melbourne, joining a long and large history of artists choosing to move ‘down south’.

I think this is the defining contradiction of culture in Queensland.

I mean, that diaspora of artists is understandable, to a degree.

There is not one national centre or presenting company based in Brisbane. Google it and the closest you get is the National Centre for Cricketing Excellence – which admittedly is very important in an Ashes year.

Then there is the likelihood of funding support and having your work resourced. And let’s get real about that for a second.

In the three years to 2013, 4031 arts grants in total were given out by the Federal Government. Of those, 1693 went to just six electorates in inner city Sydney and Melbourne. In the same period, 220 grants went to Griffith and Brisbane (the only Queensland electorates in double figures). For those doing the math, that compares 42% of total funding with only 5.5%.

Those kinds of stats come up a lot. According to a Meeting of Cultural Ministers report released in August 2017:

Look at me, another person in the arts complaining about funding. What a cliché.

But then – why the success as well? How does that make sense? Is it all about suspicion of ‘down south’, a culture of ‘we’ll just do it ourselves’? The Wild West of wanting to do it the Queensland way? Have companies overcome the funding imbalance?

Or is it that they haven’t? Is it actually a feast or famine – that a few successes mask the massive absence of artists maintaining a sustainable career? That old chestnut of ‘You can make a killing, but you can’t make a living’?

When you look to Queensland, you see unique challenges. The state’s incredible decentralisation and tyranny of distance mean that its companies have a mandate to serve an entire state, not just a city. For Opera Queensland, the distance of taking a show from Brisbane to Port Douglas is the equivalent of Opera Australia travelling from Sydney Harbour to the subantarctic front.

Queensland has a government that is understandably pulled between supporting Brisbane and the regions, with a population that is split 50/50 between South East Queensland and our regional centres. This is not a challenge Victoria faces, when 90% of their population lives within 200km of the Arts Centre spire. It’s understandable the expectation that their federal taxes will see a cultural return in Queensland (Opera Australia receives more than $5 million a year from taxpayers resident in Queensland, for example), and the disappointment at the imbalance is evident.

I genuinely believe that if some of these numbers and inequality were applied to gender or region or race, we would look for a pathway to change.

For Queensland, that hasn’t happened. There has been a strategy of choosing not to have a strategy.

Surely we need to now find the opportunities to change that. To recognise that a city of 2.2 million people – a population the equal of Paris, Prague, Philadelphia – demands increased cultural investment. In the spirit of hosting the National Centre for Cricket Excellence, we need our playing field levelled. We need to address these numbers, where Queensland trails all states, and we need things to be equitable, not just equal. I’m a firm believer in funding excellence – but if people don’t start with the same opportunities, how can they possibly compete for funding in any fair way?

This means we have to look at the entire arts ecosystem, and consider our gaps. The lack of national companies; the only state without a funded theatre company for young people. The complete vacuum that now exists in the small to medium sector. But this isn’t just ‘workshops on writing better grants’. Don’t insult Queensland artists with that. The reason artists aren’t submitting is they’ve given up hope of their work being recognised, and they’ve either moved away or chosen a different career.

Queensland should demand an injection of resources, to create opportunity. Opportunity will bring our artists back, and keep them here. Opportunity is a magnet for talent. It’s why they’ve been drawn away.

The last thing we need is to again risk the independence of the Australia Council, and their already-stretched-too-thin resources. But perhaps all Federal funding decisions need to make sure that a lens is being passed over them, to ensure that we are seeing gender balance, racial equity, regional representation? Or perhaps – gasp! – just perhaps we need some new funds targeted to help solve such an obvious problem, like every other industry would expect?

Prior to one of its recent restructures, the Australia Council could point to a number of targeted programs they were managing that were achieving measurable results, whether that was about getting Australian shows overseas, supporting emerging artists, or addressing racial or gender imbalances. Perhaps we need to bring back some programs that have a clear mandate to help.

Perhaps we need a strategy that crosses state and party lines, and recognises the obvious essential needs of these artists?

Personally, I think that’s perfectly reasonable, and something that Queenslanders could hope for. In the spirit of hosting the Commonwealth Games, I say it’s time we stopped being forced to run uphill.

Kris Stewart is Artistic Director | Brisbane Powerhouse. He was previously  founder and executive director of the New York Musical Theatre Festival, the world’s largest annual musical theatre event; artistic director of The Festival of Voices, Australia's national festival celebrating the instrument of voice; and founder and festival director for The Sydney Fringe, NSW’s key major event for the alternative and independent arts sector.