Beyond the horizon: a response to the Australia Council’s National Touring Scan 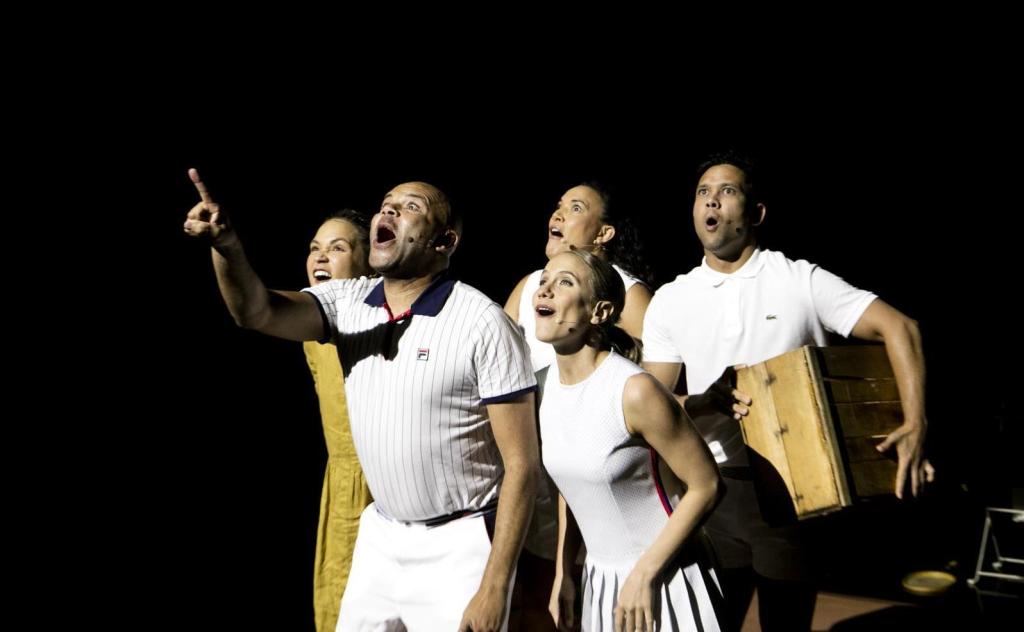 What’s not to love about the government’s injection of $5,000,000 into the touring ecology? This is a resoundingly welcome and necessary injection that will help rebuild a decimated sector. It signals a commitment to regional Australia, a growing respect for the performing arts and an openness to listen. Both practically and symbolically, it is hugely encouraging.

While it’s the news we all need, it’s important not to conflate this immediate, one-off stimulus with the more holistic resourcing suggested by the Australia Council’s National Performing Arts Touring Scan, nor the ambitious, longer-term picture that both regional communities and the performing arts sector can jointly imagine. In a decisive time, different horizon lines are worth identifying so that we remain accountable to the future.

When we met with the Touring Scan consultants in February 2020 at Performing Lines, we danced around a handshake and decided to avoid it. It seemed a little hyper-vigilant at the time, but they’d been meeting a lot of people and we were all learning about the spread of this new disease. In our small meeting room with the door closed, breathing each other’s air, we were part of a different world – and in hindsight, so was the conversation.

As whole communities were still reeling from the bushfires, as a global pandemic was killing millions of people, and as the planet was and continues dying, common assumptions had already been jettisoned and the premise of the scan itself felt a little out of step. New questions needed to be asked, not about how to tour, but how to best support communities, how to guarantee artistic growth in a volatile future, how to strengthen cultural self-reliance and vibrancy. If the world is changing faster than we can respond to it, perhaps we need to play a longer game and invest in the kind of change that will pay off in an altogether different currency.

Touring is an important but increasingly vexed part of this equation. It’s true that – as Adrian Collette says in his introduction to the Scan – all Australians should be able ‘to experience the inspiration, satisfaction and well-being that stems from the arts, no matter where they live’. And to date, this has largely been made possible through touring. But even before COVID, the fissures of conventional models were being felt, now brutally exposed by the pandemic. A number of forces collided: a sector appalled and galvanised by the vulnerability of its artists; a hunger for more locally resonant, home-grown work; a frustration with cultural homogeneity; a tiredness of entrenched power dynamics; and above all, climate crisis. These are the forces that should determine how and why we move about the country.

Generally, the report still predicates a conventional power dynamic between cities and regions, between (largely) white programmers and their audiences, not to mention between presenters/producers and artists. It advocates for an increase in funding to members of the new Partnership Framework, without acknowledging that of the 30 companies within the current cohort, only one is First Nations-led and only two are led by women. The focus on these companies’ touring mandate brings with it a homogeneity of cultural discourse that in no way represents the richness of the communities they’re visiting. Until company leadership diversifies and the programming prism shifts, there will be a blanket of white metro sensibility that touring will enshrine.

As highly politicised, imaginative beings whose work is the currency in question and whose fates are the ones being discussed, artists’ voices are also an omission within the report. It’s presumptuous to think that the same creative impulses will dictate the form and content of new work in a new reality. Like many presenters, artists too are anxious about their footprint and are creating news ways to engage. Conventional touring “product” may well evolve into something else (and arguably something more exciting) before the report’s recommendations can be implemented.

As the report states, the touring ecology is indeed ‘unlikely to emerge from this disruption in its previous form,’ but none of the above factors seem to have been considered: they remain outside the scope of the scan and hamper its ability to offer longer-term, sustainable solutions. Without careful consideration of the overall ecology and the way its complex features interconnect, there is a risk that existing inequities will be compounded.

Supporting regional venues and arts companies through direct funding however is a great idea – not because this would ‘support the wider touring ecology’ but because they could shape the bigger community project for which they’re responsible. For a while now, Performing Arts Centres have extended their reach beyond their buildings and realised their role as cultural leaders. Being resourced to nurture local artists, to commission more resonant work, to engage in more innovative presentation models on and off-site might allow them to improve access, build community spirit, well-being and social cohesion.

This could be a multi-tiered approach, including but not limited to touring – one that positions community participation and the distinctive assets of their localities at the heart of post-COVID reactivation. With a commitment to art as an expression of local identity, we could move beyond the limitations of import models, instead building local cultural investment through people: their businesses, their social networks, their cultural backgrounds, their collective values and aspirations. A more diverse and meaningful cultural offer for audiences will generate greater interest and engagement. In the end, having choice is the measure of a sophisticated culture.

This is a hard conversation for those companies like Performing Lines, whose business models have been predicated on lengthy tours and who rely on fees for their survival. It takes some bravery to hold the gaze of a changing world and the need to change with it. It has taken a good couple of years at Performing Lines for us to understand and be comfortable with the nuance between sharing and exchange, between mobility and touring. But we see huge opportunities both cultural and economic (not to mention ethical) in embracing the future.

Without careful consideration of the overall ecology and the way its complex features interconnect, there is a risk that existing inequities will be compounded.

If we don’t embrace it, our hand will be forced by others anyway – by more conscientious collaborators and other civil society partners. Even before the pandemic, our artists began refusing to travel by air. Overseas presenters were declaring Australia too far away to be environmentally viable. Call outs for ‘concept touring’ ideas populate international websites, ‘freight-free work’, the mobility of individual artists (as opposed to their shows) being seen as ‘cross-pollinators’ are all being discussed. Some rudimentary overseas benchmarking might reveal a number of new and interesting ideas. Regardless of COVID, the radicalisation of touring as we know it, is already underway.

For the time being, and in the absence of widely adopted alternatives, touring remains an important mechanism to bring work to regional audiences. There are many insights offered by this Scan and as a thoughtful reflection on the challenges of conventional touring, it’s comprehensive, clear and mindful. For many, the human and financial resources available to presenters can barely match touring expenses and the report makes sound recommendations to subsidise these. The need for harmonisation is well overdue. Most importantly it advises careful consultation and monitoring of the sector ‘to chart a path for whatever touring may look like in the future’. Perhaps the case being made here isn’t so much about touring, as thinking beyond it.

This is very clearly not an argument to deny regional audiences the benefits of high-quality cultural experiences, or worse, replace live performance with digital substitutes. Access to the best of what Australian artists can offer is important for our collective sense of self. But in Australia and at this present time, any touring strategy should go hand-in hand with a strategy to build local creative capacity. It should conceive of a plan that shares cultural power more equitably between Australians, while looking after the planet.

Marion Potts is a senior arts practitioner who has contributed to the performing arts industry over a career spanning 35 years. She is currently Executive Producer/CEO of Performing Lines, a role that she has fulfilled since 2017. Prior to this, she was Director of Theatre at the Australia Council for the Arts. There she was responsible for the Council’s support and engagement with the development of theatre, including independent practice. Marion’s art-form expertise and national overview informed grant programs, strategic initiatives and policy outcomes at the Council. Marion has held prominent roles at Malthouse Theatre (Artistic Director/CEO), Sydney Theatre Company (Resident Director) and Bell Shakespeare (Associate Artistic Director). For STC and Bell, national touring was a significant focus at this time, with both companies pioneering new networks and engagement strategies. During her tenure with Malthouse Theatre, Marion and her team worked assiduously towards a number of goals including: strengthening Malthouse’s commitment to the development and programming of First Nations works –including The Shadow King and its tour to all major Australian festivals and the Barbican Centre, London; a Female Directors’ Residency Program to address gender imbalance; a new focus on intercultural dialogue yielding collaborations with China, India, Mexico and the UK; the establishment of Helium, a development and presentation opportunity for Independent artists, as well as Malthouse’s ongoing company-in-residence program. Marion has also worked as a practising theatre director with over 50 production credits. She has maintained a strong connection with the small-to-medium sector both as a freelance artist and Board member: she was a founding directorate member of Hothouse Theatre (Albury-Wodonga) and Chair of World Interplay (Townsville), as well as a Board member of Griffin Theatre, Windmill Theatre, Playworks and Curator of the National Playwrights Conference –all companies representing diverse scales of operation, governance needs, producing complexities and audience expectations. Marion has a strong interest in international collaboration and cultural diplomacy, speaks three languages fluently and has brokered many complex and positive outcomes for the Australian Performing Arts.