The short answer is not much more. The longer answer looks at flat funding for the Australia Council and previously announced funding for national collecting institutions and videogame development.
Gina Fairley 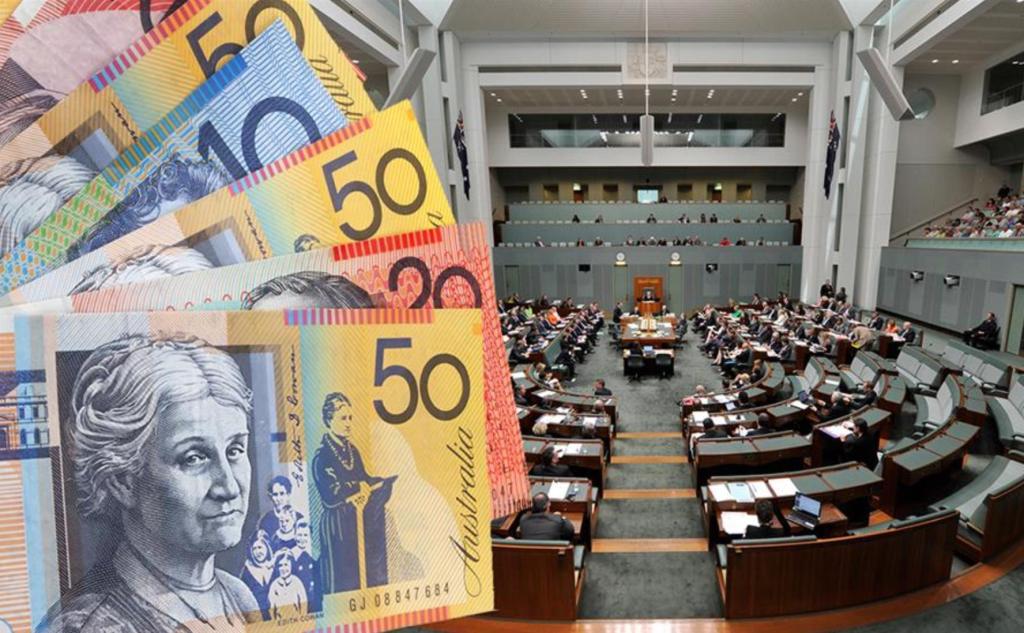 The Federal Budget was delivered last night. It was one closely scrutinised by the arts and culture sector, which has suffered greatly in the wake of the COVID-19 pandemic.

With Federal Government relief funding coming too late for many – and still many independent and small arts businesses largely overlooked – the long-awaited relief was not forthcoming.

It would be safe to answer the question ‘What’s in it for the Arts?’ Sweet little.

Overall, the Budget revealed a deficit set to reach $161 billion this year – $52.7 billion lower than expected six months ago. Some of the big winners were mental health, aged care, women and infrastructure. But in the Treasurer’s speech, by The Hon Josh Frydenberg MP, the arts weren’t even mentioned.

It is another clue that that this Government wont be stepping up, and follows the recent incorporation of the Department of Arts and Communications into ‘super department’ including infrastructure, transport, and regional development. The arts were covered in two tiny sections in a whopping 209-page document that addresses everything from funding water grid projects, freight supply chains and road safety.

This lack of regard is further reflected in the numbers.

The Government reports $222.9 million over two years from 2020-21 (taking the sector through to 2024) which is targeted largely at supporting the arts sector through the impacts of COVID-19.

The funding is broken down to include:

This does not include the previously announced amount for the National Collecting Institutions, which is reported in the Budget papers as an additional $85.4 million over four years from 2021-22. The difference from the previous pre-budget announcement is $5.5 million (over four years), which is being allocated for a new permanent exhibition at the Museum of Australian Democracy. There is no other funding for individual exhibitions in the Budget, so this could represent Federal Government intervention in programming at individual organisations.

Additionally, $1 million over two years from 2020-21 has been allocated to support the growth of the Australian fashion industry – barely worth the mention at that figure.

The big question for the sector was whether funding to the Australia Council for the Arts would be topped up.

The simple line says it all: ‘There are no measures relating to the Australia Council for the 2021-22 Budget.’ And more alarmingly, the estimated funding taking the organisation through to 2025 flatline, allowing for no projected growth, allowance for inflation or additional support for the sector.

The Budget states: ‘The Council’s 2021–22 Budget has been built on the underlying principle of a balanced, breakeven budget, that is, annual expense matches the annual revenue forecast to be received.

The Council’s base appropriation will increase by $4.9 million in 2021-22, from $214.9 million to $219.8 million due to indexation, net of the applicable annual efficiency dividend, and $3.6 million to provide a non-recurring uplift to the Playing Australia program.

KNOCKS TO THE SECTOR

The National Archives was an institution in much need of support in this budget – but it didn’t come. The Archives needed $67.7 million to save only the most urgent and at-risk materials.  It only received a minuscule operating increase of $700,000.

It demonstrates the Federal Government’s short-sightedness when it comes to valuing our nation’s culture and social history.

Read: Why we need to save the National Archives of Australia

While funding for individuals through the Australia Council appears to not to have been boosted, more broadly in this year’s budget are tax cuts for low- and middle-income earners and small business incentives.

Further, if you are a small business you will be able to totally write off any investment in equipment over the next financial year.

The Budget states: ‘Over 99 per cent of businesses can write off the full value of any eligible asset they purchase. This has seen their spending on machinery and equipment increase at the fastest rate in nearly 7 years. Announcing the extension of these measures for a further year until 30 June 2023, so a tradie can buy a new ute, a farmer a new harvester and a manufacturer expand their production line.’

Treasurer Frydenberg announced one of the big spends would be towards a Digital Economy Strategy with a  $1.2 billion investment. The pre-Budget announcements included the Australia’s first nationwide tax offset for game development.

The incentive will be available to game development projects that meet a qualifying threshold of $500,000 in Australian spending.

The conclusion? Overall, this Budget is sadly what the sector was expecting – one lacking value and vision. Until we have a national policy for arts and culture in place with the sector at the table, we will continue to be relegated to the back row without a voice.