Melbourne artist Virginia Fraser is well remembered for her photo media works, her spirit to collaborate, advocacy for women artists and her sensitivity when writing about others. She leaves an important legacy.
Gina Fairley 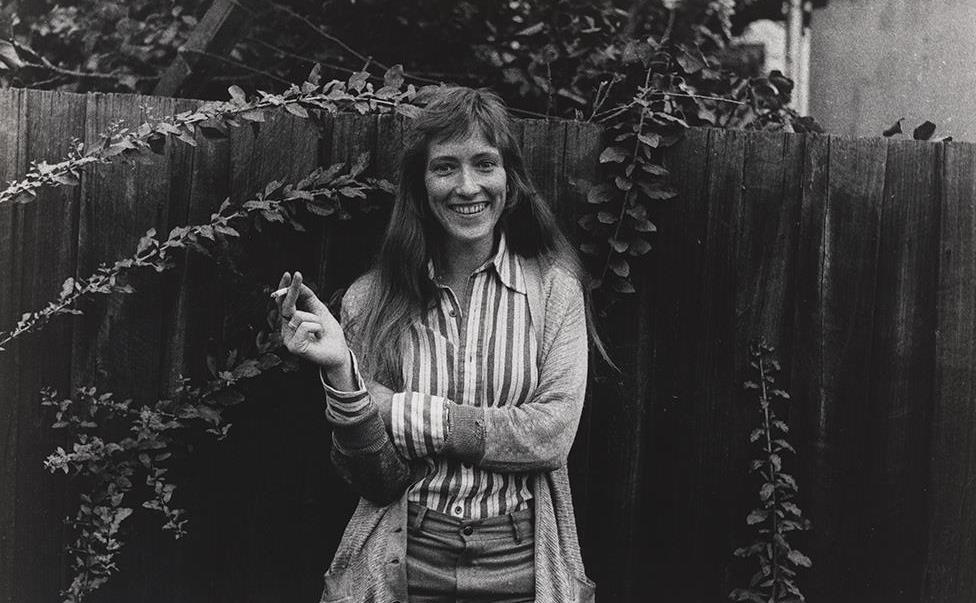 Virginia Fraser was dynamic. She was a force – smart, gentle, yet forthright and full of life. Fraser passed away 26 January, in Melbourne.

She is best known for her video and installation works, often made in collaboration with her long-time partner, artist Destiny Deacon.

The City of Melbourne said of her passing: ‘Virginia believed in the civic role of art, and her contribution to the City’s visual arts programs is impossible to overstate. As a largely pro bono external expert, she was extraordinarily generous with her time and knowledge across multiple contexts.

‘As a long-time member of the City’s Acquisitions Panel, she played a pivotal role in expanding the Art and Heritage Collection well beyond its colonial foundations. The art of urban-based Indigenous artists was of particular interest to Virginia, and her network in the community exceptional and invaluable.’

Co-curator of the recent Know My Name exhibition at the National Gallery of Australia, Elspeth Pitt said on social media: ‘What an inspiring intelligence, such beauty, wisdom, grace and depth … Your writing was so sharp and smart and incisive, and in it you searched hard to find the artist because you were such a good one yourself.’

The NGA added: ‘…we remember Virginia as one of the most rigorous and sustained advocates for women’s contributions to the cultural life of this country.’

She continued: ‘We spent two precious years meeting weekly over lunch in my home assembling Destiny’s [Deacon] archive and researching their joint practice for Walk & don’t look blak at the Museum of Contemporary Art in Sydney in the lead up to the survey in 2004. She was a phenomenal and tenacious researcher (sometimes forensic) especially when we co-edited a special issue of Artlink on Surveillance in 2011, recalling her early training in investigative journalism.’

National Gallery of Victoria’s Indigenous art curator, Myles Russell-Cook added: ‘On behalf of everyone at the NGV we extend our deepest sympathies … At the NGV we have been lucky enough to work with Virginia over the years, on various different projects. For the last three and a half years, we worked very closely with Virginia on delivering the exhibition DESTINY, a major retrospective of Melbourne artist Destiny Deacon. DESTINY would not have been possible without Virginia, who whose presence can be felt throughout the show as artist, collaborator, and model, as well as the steady hand behind the camera in a number of video works. Virginia was an extraordinary woman who will be remembered for her intellect, sense of humour, and kindness.’

A deep bow to Virginia

While Virginia Fraser might have first trained as a journalist, working for newspapers, business publications, community and ABC Radio, her love for art was one that filled her life.

She wrote extensively on the topic, occasionally curated shows, and was a seminal historian of women in early Australian film.

In 2010 she completed a research fellowship at the National Film and Sound Archive (NFSA) in Canberra looking for evidence of women as technicians, producers and entrepreneurs in the first two decades of Australian cinema, an on-going research project.

Among the publications she edited were: A Book About Australian Women (1974) – co-authored with photographer Carol Jerrems and still a seminal text today; Screw Loose: An Uncalled for Memoir by Peter Blazey (1997); and Central Business Dreaming (2008).

King added: ‘Virginia wrote on essay for my exhibition publication Up Close with Heide Museum of Modern Art and Schwartz City. She astutely reflected on her inventive de-identified interviews with 12 women accompanied by Carol Jerrems’ portraits in A Book About Australian Women, published on the eve of International Women’s Year 1975. An ardent feminist in words and actions, we jointly interviewed the Guerilla Girls (who wore their masks) in an apartment in Southbank. Together with Destiny (and often Djon Mundine) we travelled to numerous museums for exhibitions – occasions brimming with laughter, adventure and mischief, yet Virginia always maintained composure and grace, reticently avoiding the limelight, all in spite of the shenanigans unfolding around us.’

Fraser held a Certificate in Motion Picture Projection from RMIT, a Bachelor of Arts (Media Arts) from Phillip Institute of Technology, Melbourne, and a Master of Fine Arts by research from the Victorian College of the Arts.

As a maker herself, Fraser started creating super 8 films in the 1980s, then gravitated to experimenting with other photo media, film, video and light works.  Many of her works were installation based.

She is also well known for collaborating with other artist, most significantly Deacon for over 25 years, and Tony Schwensen. This is perhaps reflected in the way that Fraser didn’t push for a solo show, but participated in over 27 group shows over the last 15 years (Artefacts).

She told Rose Vickers in an Art Profile interview with Destiny: ‘My practice (the things I do on my own or sometimes with other collaborators) is more loosely formed; a conjunction of playing with materials, a thought, an opportunity. The things that happen when you work with other people interest me: the surprises, the changes to your own ideas.’

Fraser’s first exhibition was Minority Report at Aarhus Festival of Contemporary Art in Denmark, in 2004.

Her work is held in several public arts collections in Australia, as well as university and private collections.