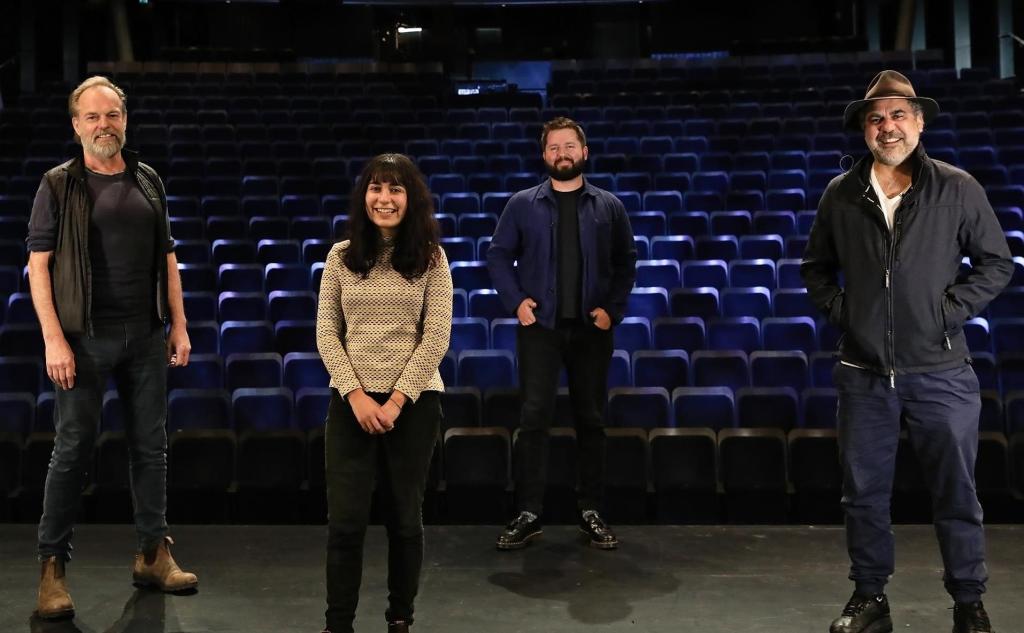 Sydney Theatre Company (STC) this week announced its plans to return to the stage with a COVID-safe, socially distanced season of Angus Cerini’s Wonnangatta at the Roslyn Packer Theatre from 21 September.

The company’s announcement follows last week’s decision by Belvoir to re-open in September with an adaptation of Virginia Woolf’s A Room of One’s Own.

Things look bleaker in Victoria, however, with Melbourne Theatre Company (MTC) cancelling all remaining productions for the year.

Starring Wayne Blair and Hugo Weaving, the world premiere season of Wonnangatta (an Australian gothic murder mystery set in the Victorian High Country) will be the first STC production to be staged since March, when theatres went dark because of COVID-19.

STC Executive Director, Patrick McIntyre said: ‘While the theatre industry has consistently maintained that the economics of socially distanced theatre do not stack up, in the case of Wonnangatta we have weighed the pluses and minuses and decided to continue … We think proceeding under the four square metre rule and within the parameters of our overall COVID-safe planning will provide some useful lessons for the company – and I’m sure many people will be curious to come to the show and lean into this unprecedented cultural moment with us.

‘But unfortunately this isn’t a solution for all the remaining shows in 2020 – and certainly we could not contemplate planning a new season under these restrictions,’ McIntyre said.

STC currently intends to stage two additional productions, Rules for Living and The Picture of Dorian Gray later in 2020. The previously scheduled farewell season of The Wharf Revue 2020 and A View from the Bridge have been cancelled; it is anticipated that they will be rescheduled for 2021.

Artistic Director, Kip Williams said it was ‘thrilling’ for the STC to be returning to the stage following the longest period of closure in the company’s history.

‘The past five months have been extremely challenging for STC and our industry. I’m so excited to have our artists, crews and production departments back doing what they do best: making theatre,’ said Williams.

A range of stringent new health and safety measures will be implemented to keep the STC audience, artists and staff safe and comfortable, including: mandatory masks for audience members and staff, increased cleaning of public spaces, upgraded air conditioning, hand sanitiser stations and processes to reduce congestion in foyer areas. A comprehensive outline of STC’s COVID-19 health and safety measures is available online.

‘I’m so excited to have our artists, crews and production departments back doing what they do best: making theatre.’

In related news, Belvoir has also announced the re-opening of its theatre doors in September.

Last Thursday, the company announced its Surry Hills theatre would re-open with an adaptation of Virginia Woolf’s ground-breaking feminist essay, A Room of One’s Own, by Carissa Licciardello and Tom Wright.

Belvoir’s Artistic Director Eamon Flack said, ‘This has been the longest six months in Belvoir’s history, but we are back doing what we live for and it feels utterly lovely. Of course theatre in COVID times will be a little different, but theatre has always found its way and it will find its way with masks and social distancing.

‘Artists and audiences together will discover a new and temporary normal for the experience of theatregoing. Nothing can stop the human need to gather for stories. It’s that simple,’ said Flack.

Meanwhile, Melbourne Theatre Company has announced the cancellation of its remaining 2020 Season.

As reported by ArtsHub last week, MTC has cancelled the final two shows in its 2020 season – Girls & Boys and Sunshine Super Girl – which were due to open in October and November, respectively. SLAP. BANG. KISS., the MTC Education Production for 2020,  has also been cancelled.

MTC Artistic Director & CEO Brett Sheehy AO said, ‘It is hard to describe the enormity of now having cancelled or shut down all but the first show in our 2020 season, and the effect it has had on our staff and artists, and of course our audiences and supporters. The very reason we exist is to bring people together through live theatre, so to have our stages bare for almost the entire year is crushing for all.’

‘The very reason we exist is to bring people together through live theatre, so to have our stages bare for almost the entire year is crushing for all.’

MTC Executive Director & Co-CEO Virginia Lovett added, ‘The cancellations and closures equate to the loss of 345 jobs for actors, creatives, specialised makers, show crew and production, front of house and back of house staff.

‘MTC derives 78% of its annual income from ticket sales and associated interconnected revenue centres such as venue rental, food and beverage and corporate events. With a $12.5 million box office loss and government subsidy sitting at 7% of our annual revenue, this year has been a seismic crisis for the Company.’

The Company is currently operating on skeleton staff.

‘The impact of this crisis will be felt for many years to come as we move from survival to recovery,’ Lovett said. ‘2021 will be a very different year at MTC but we eagerly await the moment when we can open our doors again, welcome back our audiences and play an integral part in Melbourne’s economic revival.’

In South Australia, State Theatre Company SA is preparing to open its production of Patrick Hamilton’s Gaslight, directed by Catherine Fitzgerald and running from 4-19 September at Her Majesty’s Theatre.

Queensland Theatre is planning to present a mini-season of works, including Triple X, Prima Facie and past Queensland Premier’s Drama Award-winner The Holidays from October, though details have yet to be announced.

Black Swan State Theatre Company of WA has postponed all 2020 productions to date but is currently planning to stage Oklahoma! in November, though again, details have yet to be announced.

Read: How indie theatre-makers are fighting back after COVID-19