While the 11th Sydney Fringe has been cancelled, an alliance with international Fringe Festivals will ensure important independent works can still be seen digitally by Sydney audiences.
Richard Watts 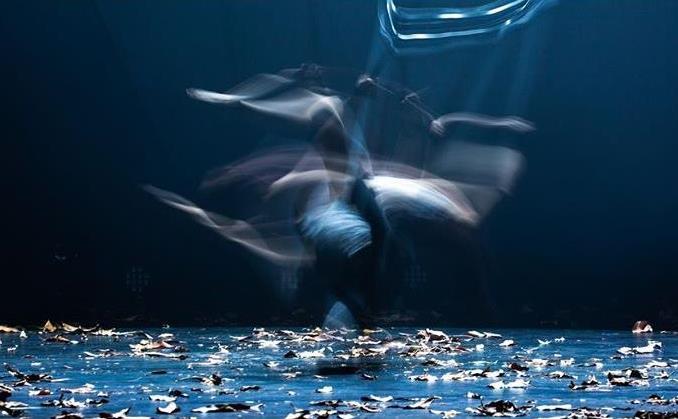 Sydney Fringe Festival has cancelled its 2020 festival due to the impact of Coronavirus, but has also announced plans to build on existing partnerships with other Fringe Festivals internationally in order to celebrate and showcase the work of independent artists.

‘With the Sydney Fringe Board, we have spent the past few weeks fighting for this dream but drastically reduced partnership income, reduced revenue streams, and looming timelines that require certainty have made it impossible to proceed with our 2020 festival.’

Despite the vitality, resilience and creativity of the independent arts sector, the Fringe was unable to proceed without a safety net to support the many independent artists whose work makes up the open-access festival each year, Glasscock explained.

‘Every independent production you buy a ticket to has been made on the goodwill of producers, performers and independent venues who share the financial risk of its creation and presentation, ordinarily happy to take a gamble to make you a work of meaning and excellence,’ she said.

‘Each year the Sydney Fringe underwrites as much of this risk as possible to ensure that as many artists as possible can affordably take part in the largest independent arts festival in NSW […] This year due to the financial impacts of the COVID-19 crisis on our organisation, we are unable to support our artists in the way they need. The current climate makes it impossible to secure new income streams in time and we simply refuse to pass any additional costs on to our artists.’

Sydney Fringe’s cancellation follows the decision by Darwin Fringe to postpone its 2020 festival, which had been scheduled for 3-12 July, until 2021, and in Scotland, the cancellation of the 2020 Edinburgh Festival Fringe.

Plans ‘to find new ways of uniting people under a Fringe umbrella’ were announced by Edinburgh Fringe on 1 April though details have yet to be revealed.

Elsewhere, Melbourne Fringe has pushed its 2020 festival back from early October to 12-29 November, while Perth’s FRINGE WORLD will be staged as planned from 15 January – 14 February 2021, with organisers developing a range of scenarios and modelling a range of Festival sizes.

This year would have marked Sydney Fringe’s 11th edition. But while the festival will not be presented in September as planned, Glasscock said the Fringe team are still intending to assist independent artists in presenting work where possible.

‘What I’m most concerned about is that theatres will finally get a green light to operate in some restricted capacity, and we’re going to have a lag time from when they’re allowed to operate – which they desperately need to do because they have to start earning some type of revenue – to when work is ready to be made and presented,’ she told ArtsHub.

‘Because of the long lead time for [developing] theatre, there’s going to be a number of spaces where they want to open but they don’t have programming. So because we have connections within a huge community of artists of different genres, we will be able to help those venues access other art forms that they might not usually be able to program – artforms that can come online very quickly, like comedy or live music that doesn’t require those long, close-quarter development phases.’

Theatres and cinemas currently remain closed under NSW government guidelines, though museums, galleries and libraries can reopen from 1 June provided they adhere to strict new protocols around social distancing and hygiene measures.

While the 2020 Sydney Fringe – originally scheduled for 1-30 September – has been cancelled, partnerships with other Fringe Festivals around the world will ensure that Sydney audiences still have access to independent work later in the year as restrictions around public gatherings continue to loosen.

‘Working with our Cultural Exchange partner Stockholm Fringe and the Nordic Fringe Network and our International Award partners Brighton Fringe, NZ Fringe, San Diego and Hollywood Fringe, we will be streaming the best International Fringe work right into Sydney alongside some terrific new local works under the banner Made in Sydney,’ said Glasscock.

‘Adam from Stockholm Fringe actually came up with a fantastic phrase which was “united we stream!” and we love this idea, you know?

‘We can’t present work, but what we can do is still reach international connections so let’s bring in a whole lot of work that our local audiences and community might never get to see, and let’s just do something completely different because we can’t do our festival,’ she said.

If the opportunity arises to create ‘safe in-person opportunities within our September offering we absolutely will,’ Glasscock added.

In its current form Sydney Fringe has been running since 2010, originally with a focus on venues in Sydney’s inner west in suburbs such as Newtown, Marrickville and Enmore. A prior iteration of the Fringe, based in Bondi, ran from 1994 to 2002.

The 2019 festival featured more than 1600 performances by over 2000 artists presented across 25 postcode areas.