Winners of the Sidney Myer Award have been announced at the home of Sidney and Merlyn Myer including Barrie Kosky and ArtsHub's Richard Watts.
George Dunford 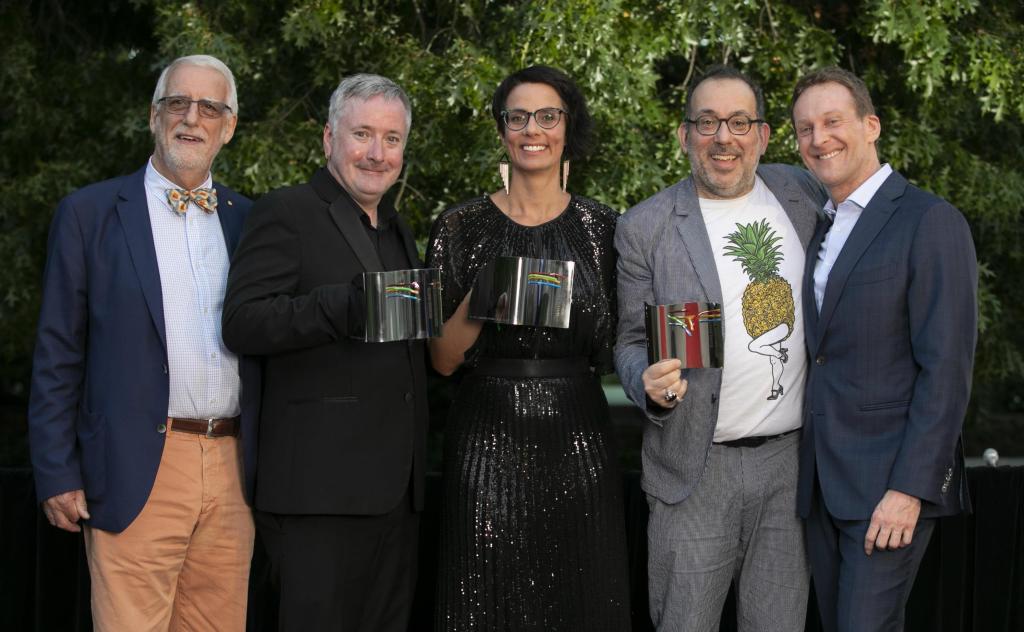 The annual Sidney Myer performing arts awards were announced at Cranlana, the former home of Sidney and Merlyn Myer in Toorak, coinciding with the house’s 100-year anniversary on 11 March 2020.

The Individual Award (worth $60,000) was given to director Barrie Kosky. His career spans opera (he was voted ‘Opera Director of the Year’ at the 2014 International Opera Awards), theatre and also include a stint as Artistic Director of the 1996 Adelaide. His most recent work The Magic Flute with Komische Oper Berlin has toured more than three continents including a season in Adelaide in 2019. Although now based in Berlin, Kosky still values his connection to his home.