Promises and policy statements made as VIC election looms

Labor’s $2 million Independent Producing Initiative was one of several policy announcements and election promises made at a recent forum held by the Arts Industry Council (Victoria).
Richard Watts
[This is archived content and may not display in the originally intended format.] 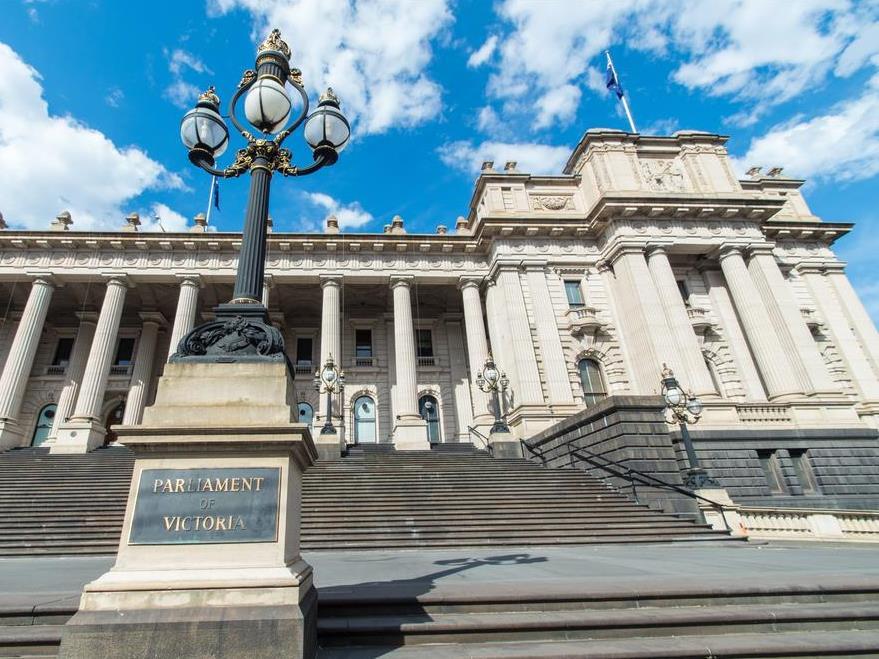 In the lead up to the state election on Saturday 24 November, Victoria’s Labor Government has announced a new $2 million, four-year initiative designed to strengthen the independent performing arts sector.

The Forum, held in the Great Hall at the National Gallery of Victoria, was presented by the Arts Industry Council (Victoria) (AICV) and also saw a range of election promises and policy statements made by the Liberal Party’s Heidi Victoria, Shadow Minister for Arts and Culture, including the announcement of a new Cultural Tourism policy, and a $1 million promise of funding for the Royal Theatre in Camperdown, in regional Victoria.

The Greens’ arts spokesperson Sue Pennicuik also spoke at the Forum but made little in the way of major policy announcements.

Minister Foley said the Victorian Independent Producing Initiative will seek to provide new career and professional development pathways for independent producers, especially those just starting out. It will help experienced producers expand their capacity and provide a platform for producers to connect with each other to share knowledge, opportunities and expertise.

‘Victoria is home to some of the best, most skilled independent producers in the country, however there are not enough of them to service the sector nor are there clear pathways for those seeking a sustainable career in producing,’ said Foley.

‘The Victorian Independent Producing Initiative aims to boost this critical part of our performing arts ecosystem, one that hasn’t previously received targeted government support or attention.’

Producers – whose skills range across financial management, project management and planning, marketing, negotiation, development, pitching and more – play a vital role in the performing arts sector. Currently, there are not enough independent producers in Victoria to meet the demand from independent artists and small companies, especially in regional Victoria and the Indigenous arts sector.

‘Victoria is home to some of the best, most skilled independent producers in the country, however there are not enough of them to service the sector nor are there clear pathways for those seeking a sustainable career in producing,’ Foley said.

‘The Victorian Independent Producing Initiative aims to boost this critical part of our performing arts ecosystem, one that hasn’t previously received targeted government support or attention.

‘This funding will make a significant difference, not just to the careers of independent producers but right across our performing arts sector. It’s another example of how we are thinking differently in Victoria and how we are working hand in hand with the sector to develop new, practical programs that will have a significant impact,’ said Foley.

The Victorian Independent Producing Initiative is being developed in close consultation with producers, artists, small companies, playwrights and First Peoples practitioners and producers, as well as Theatre Network Australia and the Australian Performing Arts Market. It will commence in early 2019.

‘TNA has long called for greater support for the independent performing arts sector. An increasing amount of the work headlining major festivals, touring the country and being presented internationally is made by artists working outside of funded company structures. These artists don’t aspire to working in companies – they thrive on being nimble, collaborative, and not being beholden to a board or a singular vision. They work super efficiently, but they are financially fragile. Increasingly these artists are working with independent producers, but there are limited numbers of experienced producers, and the funding systems don’t adequately support paying for the producing side of a project,’ Beyer told ArtsHub.

‘We believe that this new initiative will help Victorian artists increase the financial viability of their practice, and allow them to focus more on the creation of work. It will provide some supporting infrastructure, without forcing them down the path of setting up a company with costly overheads and unnecessary compliance. To be truly artistically vibrant, the performing arts eco-system needs to be strong at every level – we need well-funded major companies and institutions, we need well-funded small to medium companies, and we also need well supported independent artists and producers. TNA is continuing to be involved on the co-design this program with Creative Victoria, and we are excited about the roll out in 2019.’

Speaking at Monday’s AICV Forum, Shadow Arts Minister Heidi Victoria made two significant policy announcements: the creation of a Cultural Tourism policy and the promise of a new Community Arts and Festival Fund – a $640,000 initiative to allow grassroots events to grow and prosper.

She also stressed the importance of a whole of government approach to the arts. ‘It can’t just be arts and it can’t just be tourism or health or whatever,’ said Ms Victoria, whose portfolios include Tourism and Major Events as well as Arts and Culture.

‘But when you start mixing the portfolios together, and what I’d like to announce, in front of everybody today, is that we will actually have a Cultural Tourism policy – and so the idea of that is that there will actually be grants that will be available to communities to be able to establish themselves into offerings for visitation, and that’s good for the state and it’s good for them,’ she said.

Announcing the Liberal-Nationals’ $640,000 Community Arts and Festival Fund, Ms Victoria said: ‘What we’re going to do is invest in those beautiful grassroots festivals that so often have the ability to develop into larger events and therefore cultural and economic attractors to their regions.

‘We’re going to support those festivals so they can take it to the next level. I think that’s something that the regions will find very enticing and will make a real difference to communities, obviously promoting the fact that they can develop their own content but put it on display so that people will come from interstate, intrastate  or even from the big smoke, and go out to see what they have to offer – and that may even lead to a tree-change for a lot of people.’

Victoria also promised $1 million in funding for vital additions and upgrades to the Theatre Royal in Camperdown, in southwestern Victoria, if the Coalition are elected on 24 November.

The upgrades will include a new heating and cooling system, new sound and lighting, and replacement of seating in the balcony section.

The Theatre is the Corangamite Shire’s only preforming arts venue and serves the varied needs of a large rural community including school groups, theatre groups and The Camperdown and District Historical Society.

‘We must continue to invest in Victoria’s historical buildings, because once they are lost, they are lost forever,’ Victoria said.

She also reiterated the Liberal Party’s earlier promise, made in January, to introduce a City of Culture initiative which will showcase cultural highlights from across regional and suburban Victoria.

‘The Liberal Nationals City of Culture initiative will showcase the very best of our cultural highlights. These grants will go a long way to promoting the best of what all of Victoria has to offer, not just what is in Melbourne,’ she said.

Under the City of Culture program, local councils will be able to apply for grants to promote the cultural strengths of their municipalities.

For six months at a time, a major tourism push, with the City of Culture as its centrepiece, will be directed at a particular municipality of Victoria. Each year a metropolitan and a rural city or suburb will be selected.

‘It will not only provide fantastic entertainment for tourists and locals, but it will provide a boost for those regional cities and suburbs that host this festival,’ said Victoria.

Commitments from the Greens

Greens arts spokesperson Sue Pennicuik stated her belief in the intrinsic value of the arts and that the arts improve the quality of life of individuals and of the community as a whole.

She also stated her support for increasing arts funding nationally. ‘At the federal level we need to restore funding to the Australia Council. In Victoria what is needed now I think is some stability, and to give the new Creative Victoria structure and the Creative State strategy til 2020 a chance to work … while also keeping a critical eye on how it is and isn’t working  and what could be done better,’ Pennicuik said.

‘I think the future of the arts and creative industries always lies with the smaller organisations, the independent artists, and those out there in the outer suburbs and the regional areas,’ she said, adding that it should be a priority of government to ensure those living and working outside of Melbourne’s inner city had better access to the arts and to arts funding.

Calling for a cross-government approach to the arts, Pennicuik discussed the importance of arts in the corrections sector, ‘in prisons and helping rehabilitate prisoners and helping bring their lives back together,’ and also highlighted concerns about artists being pushed out of affordable housing.

She described government support of grassroots creative practices as ‘key to the long term health of our arts and culture and that’s where we need to focus our funding and our efforts’; floated the idea of a national day celebrating and recognising the arts; and stressed the importance of ensuring that artists can support themselves financially.

‘The Greens have a policy at the federal level to allow artistic activities that provide community benefits to be eligible for Centrelink payments, and to implement a low income artists’ superannuation supplement, because that’s another area where artists often miss out,’ Pennicuik said, suggesting such a policy be introduced in Victoria.

The Victorian election will be held on Saturday 24 November 2018. Additional policy details are expected to be announced by all parties in the coming weeks.

The AICV has called for all candidates in the upcoming state election to commit to providing stability for the Victorian creative industries by delivering:

Referring to a list of goals, including increased First Peoples leadership in the sector and strengthing connections across all aspects of the sector, Andy Miller, AICV Co-convenor said: ‘We want to ensure a dynamic, diverse, cohesive and inclusive creative industry.’