Rupert Murdoch has issued an apology for an offensive cartoon of Israeli leader Binyamin Netanyahu published in The Sunday Times.
ArtsHub
[This is archived content and may not display in the originally intended format.] 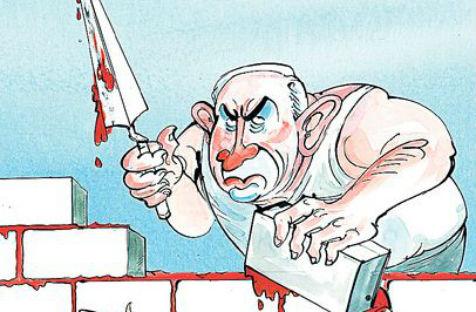 A cartoon by Gerald Scarfe depicting Israeli leader Binyamin Netanyahu building a wall with blood-red mortar has forced an apology out of Rupert Murdoch after Jewish leaders said it was reminiscent of anti-Semitic propaganda.

‘Gerald Scarfe has never reflected the opinions of the Sunday Times. Nevertheless, we owe major apology for grotesque, offensive cartoon.’