Are our arts spaces inclusive of mums? A new manifesto developed out of the lived experience of mothers working in the arts has a number of demands for the sector.
Richard Watts 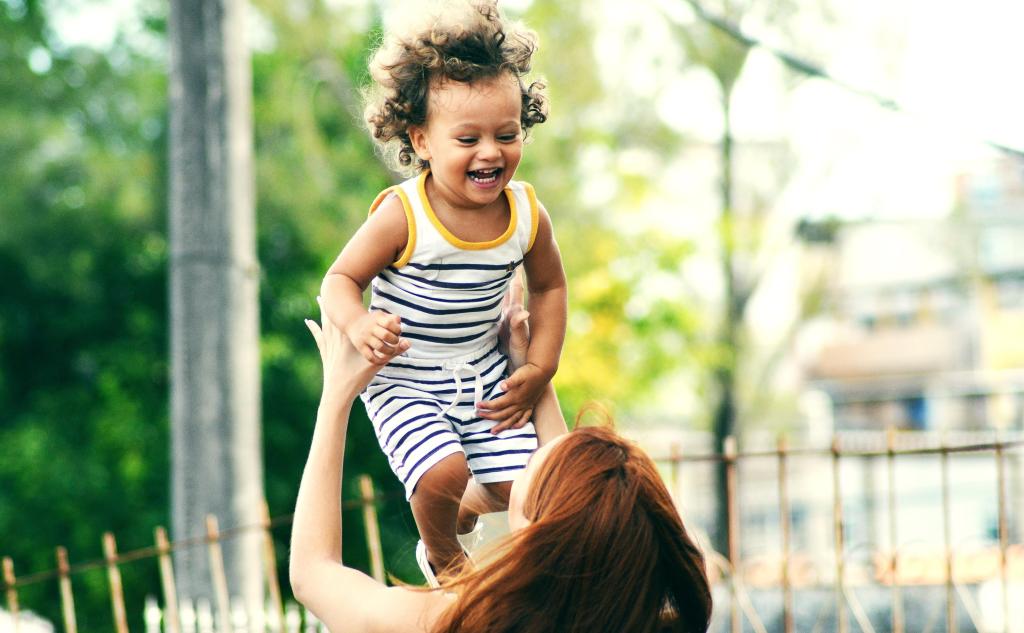 Juggling an arts career and parenting is a challenge for many. Photo by Thiago Cerqueira on Unsplash.

The rights, access, profile and inclusion of mothers in the arts – as audience members, as arts workers, as creatives and as protagonists – is the focus of a new manifesto, the Motherfesto.

Its lead writer, Michelle Hall, said a number of converging factors provided the catalyst for the Motherfesto’s creation, starting with her becoming pregnant.

‘As soon as I became pregnant, I suddenly looked around and thought, “Hmmm, I’m not supposed to be here in some of these spaces, in theatres, in the workplace,’ said Hall, an independent theatre maker, teaching artist, and facilitator of Mothers Who Make‘s Perth Hub.

Once she had her baby, those perceptions were only affirmed. ‘I realised that I couldn’t actually go to the theatre unless I had childcare. I couldn’t actually go to art galleries with a pram and a crying baby – I received so many negative looks and just a great feeling of unwelcomeness [and I developed] an awareness that this is really not a place for babies and mothers.’ 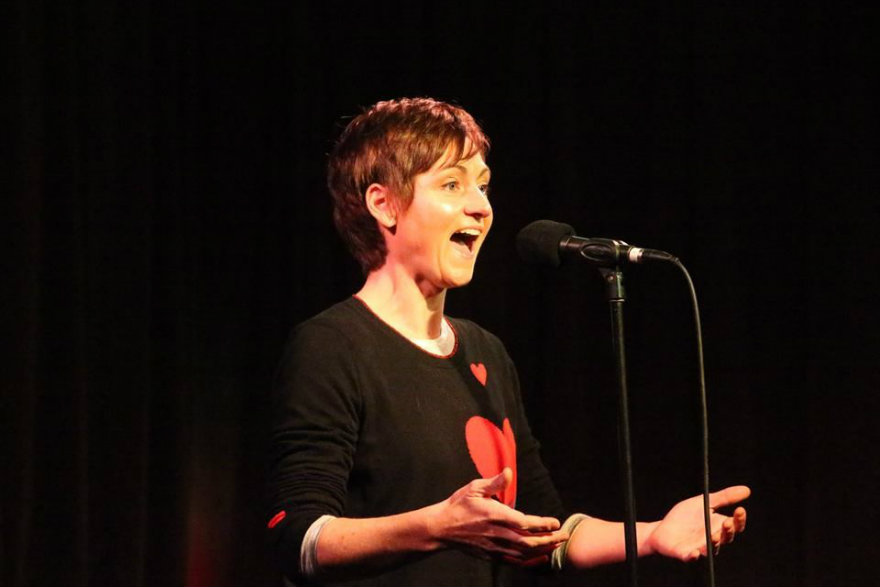 Attempting to return to work in the arts industry after having her baby also presented challenges.

‘It was incredibly hard to return to work as an arts worker on fairly low wages, particularly as a freelancer … and I found myself increasingly anxious as a working mother in the arts, waiting on others to say “yes” to picking up my son from school or what have you. And if that fell through, there was no way I was allowed to bring my child to work,’ Hall explained.

‘So I had to turn work down and that then further decreased my income and my financial status.’

Compounding her frustration was a growing awareness that accurate and nuanced representations of mothers and childbirth on stage were rare and limited.

‘When I stood back and put all those things together, I thought, “Okay, we live in a patriarchy. And part of that is that mothers, since the dawn of time, since The Odyssey, have been told to go back to their rooms and be quiet.” And that’s what I felt was happening to me.’

Hall isn’t being quiet any more.

In July she facilitated a forum at Perth’s The Blue Room Theatre called Mothers of Invention: Occupy! Created as a space for mothers in the arts to openly discuss the need for increased visibility and representation of motherhood, in all its diversity, the forum was attended by a range of arts leaders and artists, all of whom were mothers.

The Motherfesto: Rights, access and inclusion for all mothers in the arts and culture is the culmination of that forum and Hall’s ongoing research. To be officially published on 6 December, its publication is timely, following as it does the recent release of the National Working Families Report 2019, which found that 62% of parents and carers report difficulties looking after their own physical and mental health as they try to balance competing work and family pressures.

The Report also found that 23% of mothers and 13% of fathers reported receiving negative comments from managers and supervisors for using paid parental leave.

Addressing social and cultural barriers as well as economic ones, the Motherfesto is a call to arms and a challenge to the arts sector to do better.

It explores discrimination, disadvantages, gender stereotypes and invisibility across motherhood in Australian society, and outlines some of the major obstacles preventing mothers from participating in arts and culture.

In Hall’s words: ‘Most workplaces and cultural spaces, like theatres, still rest on the premise of mothers leaving their kids elsewhere and function around 1950s style work hours, gender expectations and attitudes. You either drop off your kids, or your drop off your art/work. In 2019, we shouldn’t have do that. It is possible to be both mother and artist and it’s time for a culture shift.’

representing a diversity of motherhoods

As awareness of the Motherfesto grows, Hall hopes to see its recommendations and demands broadly accepted by the sector.

‘I want to see more theatre, photography exhibitions, music performances, everything, programmed with motherhood and childbirth as content; as valued, interesting, exciting content. And I want to see contemporary iterations of motherhoods in that content because motherhood is a very, very broad, vast and constantly reinvented idea or notion or experience.

‘I want motherhood as content, I want it visible and valued. I want us to be part of the story as opposed to the supporting actor in the story of the other main characters,’ she continued.

‘And then the other thing I want is this idea of flexibility in consultation. Start to employ positive discrimination; start to add to your KPIs, having one show at least per season about the experience of motherhood in some way that’s authentic and made for and by mothers – but also for everybody else.

‘And along with that, in your diversity listings, include someone who is a mother [or] the primary carer of an infant or child, so that when you’re hiring, you are not just looking for people with a disability or English as a second language – you’re also looking to hire people for whom it’s going to be more difficult to return to work. And those are the carers, the carers of children, the mothers,’ Hall said.

The Motherfesto is already having an impact in Perth, where Spare Parts Puppet Theatre has added primary carers to their diversity and inclusion policies when hiring staff.

Executive Producer at Spare Parts Puppet Theatre, Natalie Bell, told ArtsHub: ‘We’ve always valued and considered diversity in an informal way across the whole of our organisation. We are moving into a time of measuring, reporting and celebrating our diversity, so it was a natural next step to ask the question how are our mothers and more broadly, primary carers, represented in our organisation.

‘We all have unconscious bias, so tracking and measuring how our organisation reflects a diverse Australian community is an essential step towards seeing the gaps that lead to new opportunities.

‘Finding ways to empower and enable primary carers in our organisation is a high priority and one that we believe will delivers benefits to both our organisation and to the families we enable,’ Bell said.

Conversely, Hall has also experienced pushback when the Motherfesto’s principles have been raised with larger arts organisations, but she remains optimistic.

‘I’ve got a lot of smiles and a lot of “This is great”. But then when I’ve come up with the solutions, which are very clear, they’ve gone “No, I don’t think that we can afford this,” or “I think it’s for other mums, I think you should get together with the other mums and just work something out yourselves,” which is pretty patronising,’ she said.

‘Even asking for consultation and flexibility around work and childcare at work is, you know, still seen as outrageous, like, how could we possibly afford that? I’ve had one major theatre company come back to me and just go, “There’s no way we can program one relaxed performance per run in our seasons, there’s no way.” So it’s still seen as quite controversial and provocative just to ask [for access and inclusion for mothers].’

The Motherfesto was recently presented to the Community Arts Network of Western Australia’s diversity group. The next step is to present it to MEAA and other policymakers.

‘And also, start to be mindful that for the biological and non-biological mothers, when you begin to do this job as caring, as well as negotiating all the difficulties that your gender imposes upon you in a patriarchal society, your brain grows, and your skills expand.

‘So mothers can come into these organisations and lead the way on integrating women, children and families into the artistic outcomes of the organisation. That’s a pretty amazing ready-made staff member to have to hand,’ she said.

Learn more about the Motherfesto, which will be officially launched on 6 December. Michelle Hall’s new show The Dirty Mother premiers as part of Summer Nights at The Blue Room Theatre, in Fringe World 2020.