Dissonance and unrest at NZ Opera

Andrew Wood reports on dysfunction within New Zealand Opera, a symptom of the global malaise affecting opera itself.
The Big Idea 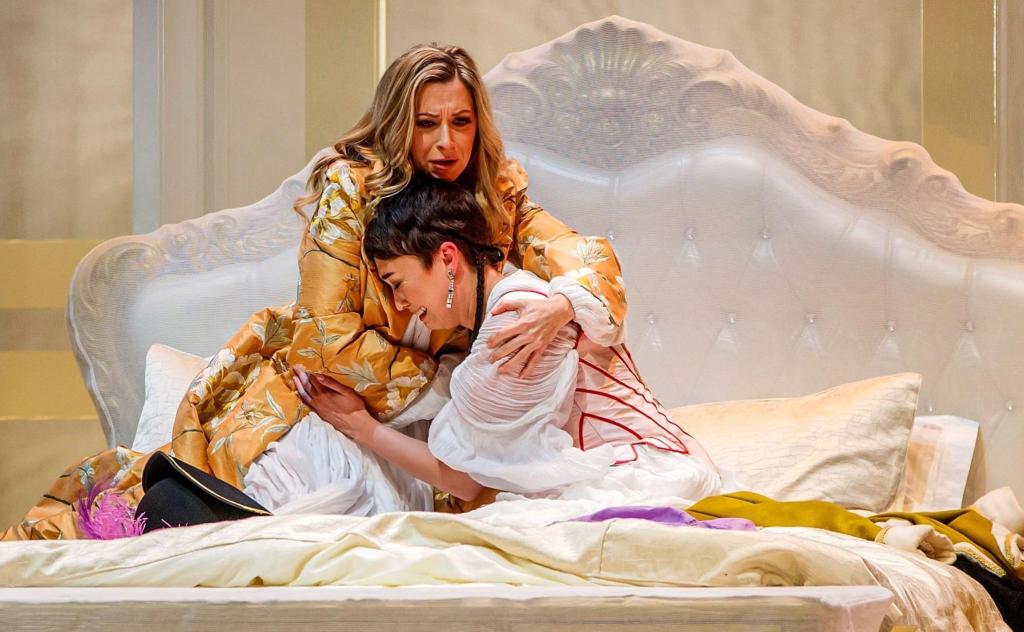 Production image from NZ Opera’s 2021 season of The Marriage of Figaro, directed by Lindy Hume. Image via Facebook.

Worldwide, opera as an artform faces many challenges.

It is hellishly expensive to produce, and its audience is, as with classical music and live theatre, shrinking. It just does not have the unassailable status it once had.

Opera companies are in a difficult position, desperately in need of remaining relevant to younger audiences, but often beholden to a dwindling older audience that is only interested in the shortlist of usual European suspects composed between 1780 and 1900.

It is a situation massively acerbated in a country like Aotearoa at the end of the world with a tiny audience. Smaller regional companies aside, New Zealand Opera is the national flagship and has found itself in the spotlight this week.

How the hell do you sustain a professional company mounting a gobsmackingly expensive, labour-intensive artform in a country that has a smaller population than London or New York and a longstanding allergy to high culture?

For years, NZ Opera has provided a menu touristique of Verdi, Bizet, and Puccini – magnificent productions, to be sure – but such eurocentrism is a liability when there is a whole canon of New World, modern and contemporary operas it has never touched.

There is also the issue that we have our own magnificent composers and librettists, our own dramatic stories to tell.

This is the direction NZ Opera’s General Manager, internationally renowned Thomas de Mallet Burgess, has been taking the organisation since he joined it in 2018, with edgier and more contemporary productions.

On the other hand, that risks alienating the backbone of Aotearoa’s audience for opera who want the greatest hits. This runs the risk of looking like having a national opera simply because that was one of the ways developed countries advertised their civilised status in the last century.

In the last month, three members of NZ Opera’s Board – Witi Ihimaera, Murray Shaw and Rachael Walkinton – have stepped down. Reports on RNZ cited the artistic direction that Burgess was taking the company as the reason, something later refuted by Ihimaera. The organisation also lost two musical directors in one year.

In the last month, three members of NZ Opera’s Board have stepped down. The organisation also lost two musical directors in one year.

One of the examples of this new direction cited in the media is a proposed opera based on the family of so-called ‘unruly tourists‘ from the UK who scandalised the country in the summer of 2019.

Criticisms of the – yet theoretical – production ranged from it being in poor taste to being tantamount to bullying – which is fairly bold for something that hasn’t been composed and written yet and shows a lack of faith in the nation’s talent and audiences.

After all, if Richard Thomas and Stewart Lee’s Jerry Springer: The Opera (ok, so it’s a musical, bear with me) can stay a smash hit for 20 years, audiences can probably cope with anything.

Personally, I’d love something more experimental once in a while, some Adams or Glass, perhaps. I’d settle for something comfortably unthreatening like Stravinsky’s The Rake’s Progress with its charming libretto by Auden and Kallman. I, too, crave a broader range.

The situation says less about the current state of opera than it does about a clearly dysfunctional organisation – an organisation that in 2019 received almost NZD $2.7 million in grants from Creative New Zealand, and a little over NZD $1.2 million from Auckland, Wellington, and Christchurch city councils.

Clearly, it’s a bind, and both sides have their valid points.

Clearly, there needs to be some sort of compromise. Maybe lessons could be learned from the Royal New Zealand Ballet. Perhaps there needs to be a pooling of resources in collaboration with Australian companies. Should NZ Opera strive for a more pared-down, minimalist style?

If you want edgy sex and violence while staying in relatively familiar territory, why not a spicy production of Brecht’s Threepenny Opera?

This story first appeared at The Big Idea NZ. Read the original article.