Ayutthaya gets US grant to help save its history

World Monuments Fund has revealed that they have received a US grant to help preserve the historical Thai city of Ayutthaya.
ArtsHub
[This is archived content and may not display in the originally intended format.] 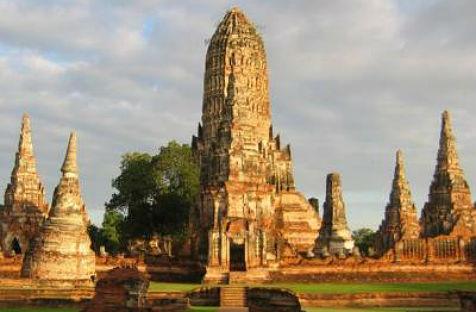 The historic city of Ayutthaya has been on the World Heritage List since 1991, and has faced severe flooding in recent years which placed many of its iconic historical monuments at risk. But it looks like the luck of this Thai city might be turning around after World Monuments Fund president Bonnie Burnham announced that they have received a grant of $131,800 from the US State Department’s Ambassadors Fund for Cultural Preservation and the U.S. Embassy in Bangkok.

The grant money will go towards work at a Buddhist temple known as Wat Chaiwatthanaram which is situated in the historic city.