Art donor was a Nazi: what Wollongong did next

A lesson in provenance and updates from Council following revelations that the late Wollongong Art Gallery donor Bob Šredersas was a Nazi.
Celina Lei 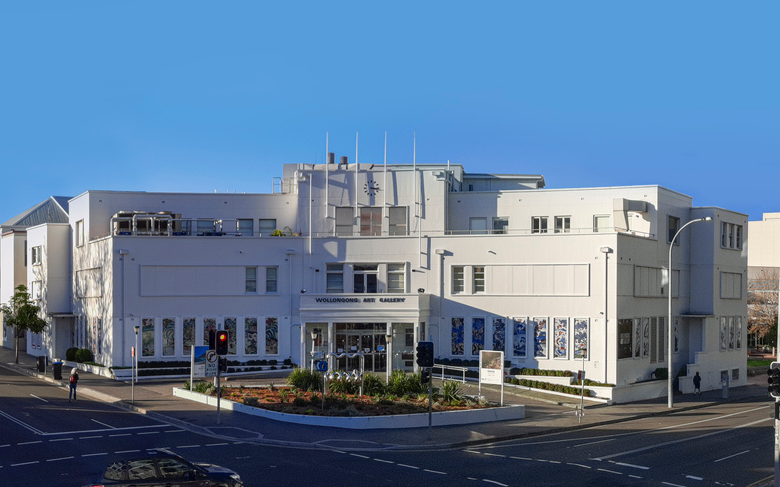 Last month, an investigation into the life of Wollongong resident and Wollongong Art Gallery donor, the late Bronius ‘Bob’ Šredersas (1910-1982) confirmed suspicions that he was a Nazi intelligence officer during the Second World War.

Understandably, the discovery placed the regional NSW art gallery and its collection under the spotlight.

Consequently, Wollongong Council – which runs the Gallery – engaged Sydney Jewish Museum to build a more informed narrative around the collection.

Most recently, Council removed the plaque within the Gallery’s Burelli Street building that named a small gallery space in Šredersas‘ honour.

Wollongong City Lord Mayor Councillor Gordon Bradbery AM told ArtsHub: ‘We are now working on the narrative around the collection, which will then be submitted to the Jewish Museum and their resident historian Professor Konrad Kwiet to get their feedback.’

He stressed that the funds Šredersas used to purchase the artworks, which were donated to the Gallery in 1977 and included around 100 pieces by artists Arthur Streeton, Pro Hart and AH Fullwood, among others – were not associated with his Nazi Party activities.

After arriving in Australia in the 1950s, Šredersas kept a low profile and worked as a labourer in the steelworks in Port Kembla.

‘I’ve spoken with the executor of Šredersas‘ Estate and we’ve got all the receipts, evidence and paperwork for the acquisitions; they weren’t acquired through ill-begotten means,’ Bradbery said.

He noted that the discovery of Šredersas’ hidden past was a reminder that artworks don’t exist in a vacuum, but are intertwined with social, cultural, political and even personal histories.

‘We have an obligation upon us to present the facts and to be truthful in the narrative around the Collection.’

‘I think it highlights the point that every artwork, every aspect of a museum or gallery collection, has a story behind it and it’s up to the institutions to make sure that the narrative is there – and that it’s truth based on facts, not assumptions.

‘But as time goes on, truths or facts are revealed and they need to be incorporated or dealt with. [This should be done] not in a defensive way, but in a way which reminds everyone that things that happen around artworks have a greater connection with history, both good and bad, that needs to be highlighted in terms of their provenance,’ he continued.

‘It creates an opportunity for us to be honest and represent the misery behind a collection that points back to a history where the man was complicit in the Nazi regime, more specifically in Lithuania.’

Read: What happens to art caught in war’s crossfire?

Bradbery said the Gallery now has the opportunity to tell a new narrative about ‘the story of the collection, where it came from, and the concerns around [Šredersas’] background will be the new addition. How that will be expressed is yet to be determined, but there is no escaping the fact that he was complicit.’

He said Council hopes to implement more updates by the end of this year in close consultation with Sydney Jewish Museum.

‘We will be working with the Jewish community to help us understand more of this history around the Holocaust and it’s implications for the community today,’ Bradbery concluded.