When you’ve still got it at 100: Q&A with artist Guy Warren

The centenarian puts his longevity down to a whiskey every night, just getting on with it, and not listening too much to art theory. We talk to him about ageism, the environment, drive and his advice for the next generation of painters.
Gina Fairley 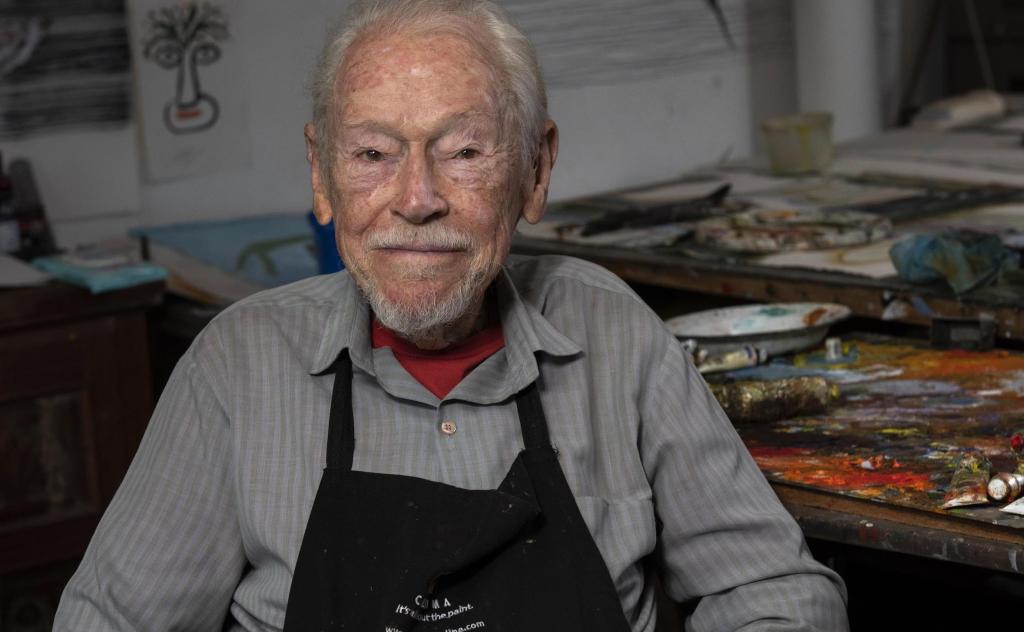 ArtsHub caught up with Guy Warren on the eve of his 100th Birthday (16 March) and the opening of his exhibition, From the Mountain to the Sky: Guy Warren Drawings, the inaugural exhibition at the new Drawing Gallery at the National Art School (NAS).

It is one of a number of exhibitions celebrating Warren’s 70-year career, including the survey Of Man and Nature: The Diverse Journey of Guy Warren at Gallery Lane Cove (29 April – 29 May), Hills and Wings: A celebration of Guy Warren and his work at University of Wollongong (3 May – 28 July), later in the year with Nicholas Thompson Gallery in Melbourne (30 November – 18 December), and the recently closed, Guy Warren: The 100th year at King Street Gallery on William in Sydney.