What does ‘international’ mean post pandemic for exhibition programming

As Nina Miall takes up the role of Curator of International Art at QAGOMA, we talk to her about rethinking how we program, how our choices are more sustainable, and what ‘international’ means post pandemic.
Gina Fairley 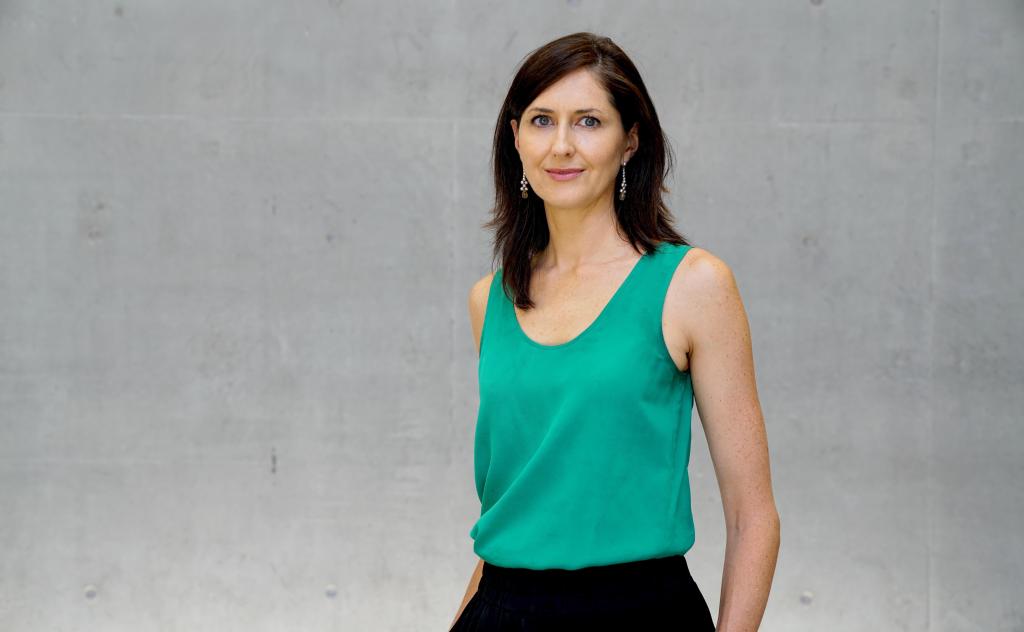 Within days of NSW and QLD lockdowns, the idea of borders had a sharp reality for curator Nina Miall, who was moving to Brisbane to take up a position with Queensland Art Gallery / Gallery of Modern Art (QAGOMA) as Curator of International Art.

In a further curiosity of timing, the Queensland institution has chosen to replenish its International Department at a time when the world is not travelling, and when issues of sustainability and global movement have become key conversations in how we engage, and how we connect authentically.

Miall is joining Geraldine Kirrihi Barlow, Head of International Art, to make what is recognised, within curatorial circles, as an incredible duo.

Barlow said the appointment of Miall, ‘will add a lot of momentum to the work we are doing. Nina has this incredible skill set – she has worked in recent years with contemporary artists, but also spent time with Royal Academy in London, so has that historic grounding.’

Such curatorial roles are rare at this level.

‘Finding the right mix of skills and flexibility is a challenge, the capacity to communicate complex art histories – in a generous, easy, open way – is about how you layer ideas and have a generosity,’ explained Barlow.

She continued: ‘Nina knows her stuff but she can wear it lightly and have both fun and a seriousness when required … to be able to braid together different voices as a curator and shift the way you speak depending on the engagement with your audience, but also to know that you can bring people with you, is so important in this role.’

Miall’s role is not a new position, just one that has not been filled since the move by Curator Ellie Buttrose across departments at QAGOMA to Australian art.

Barlow said the team has not been ‘working at full complement’.

Miall comes to QAGOMA hot on the heels of curating Slow Waters, the TarraWarra Biennial 2020. Curiously it has a synergy with Barlow’s exhibition Water (2019-2020), which she was working on at the same time.

‘The conversations around First Nations art have come so far in the time I was away [in London]; I feel I have had this incredible grounding in recent years, and Slow Waters at TarraWarra really rounded out my thinking on this, and how we engage with the rest of the world,’ explained Miall.

She said that she has an ‘allergy’ to the distinction between Australian art and International art that is ingrained in thinking here in Australia. ‘It struck me very odd when I returned the way that our museum departments are structured. We talk about the two as foreign things; it’s really reductive and does a disservice to Australian art.’

Miall believes that QAGOMA is one of the most pioneering institutions in Australia for its understanding of placing Australia in a regional context.

‘It is a very outward looking institution,’ Miall told ArtsHub. ‘I have always been keen to keep one foot outside of Australia. It broadens your world view, and shifts it in ways that are important.’

Miall’s background is what we like to call a ‘portfolio career’, having worked in sandstone institutions to the commercial gallery sector, and freelancing as a curator.

Curatorial positions by their very remit are specialists. So it is rare to find someone with such a broad bridge of expertise and contacts that marry traditional with the contemporary art..

‘There is a Caravaggio in the European Masterpieces exhibition here now at GOMA that I worked on at the Royal Academy fifteen years ago,’ she added.

‘I have always been keen to keep one foot outside of Australia. It broadens your world view, and shifts it in ways that are important.’

Miall said: ‘This role at QAGOMA has a very wide remit and requires a certain agility of thinking. I am excited to have the opportunity to look at how to reinvigorate these collections through exhibition making, when an artist is no longer alive and you have to look at historical artefacts and their broadening narratives today.’

Miall continued: ‘I was at an interesting crossroads independently curating, with that classic portfolio career moving between passion projects and then bread and butter work, and I started thinking that where I wanted to be was back in an institution.’

INTERNATIONAL PROGRAMMING IN A CHANGED WORLD

Miall was quick to point out that we are ‘all still finding our way’ when it comes to some of the bigger questions of sustainability and working models in the new world we are quickly adapting to. ‘COVID has been a monumental circuit breaker that has put all our habitual ways of thinking into question,’ she said.

‘Certainly we have all migrated to virtual meetings, but I feel most curators working with International artists a 9 pm meeting to meet time zones is not new. But how you build and deepen those relationships is an interesting question,’ said Miall.

To do that Miall says she hope to draw on the foundations she laid when living in London for twelve years, building that network through frequent travel.

‘A lot of artists recognise that the way art the world operates, and the biennale circuit, is a completely unsustainable mode of operating. [Collectively] we are still working out what that will look like, but I feel the art world runs on relationships, so how do you create those and then build something of significance, and bring rigorous engagement through them,’ she continued.

HOW TO REMAIN AMBITIOUS WHEN STATUS QUO IS SHIFTING

‘Ambitious thinking can be very impacted by funding restrictions,’ said Miall, addressing a factor that institutions of all scales face in delivery programming.

She continued: ‘A lot of institutions are making an important shift in thinking, where they are more seriously about audience engagement.  A lot of museums speak about being artist-led, but they also need to give equal consideration to audience, and be audience-led, and that is not just programming blockbuster and popular shows. It is thinking about how we engage as cultural custodians and bring people on a journey where they might not have been before. That is where we can be ambitious.’

‘Really good art speaks to everyone, so if you are thinking ambitiously to work with a major international artist, then hopefully you are thinking about someone who’s art resonates widely and comments on the human condition,’ Miall told ArtsHub.

‘I don’t think popular needs to be a dirty word!’ said Miall.

WHAT ROLE DOES COMPASSION PLAY IN INTERNATIONAL PROGRAMMING?

‘Geraldine and I are aligned in our thinking about an aesthetics of care. The often quoted definition of  ‘curated’ comes from the Latin word ‘to care for’, whether a custodian, a shipper, a collector or contemporary artist, it is a pastoral care or responsibility to create basis for meaningful dialogue,’ Miall explained.

‘What is lovely, is that binary thinking of Australia and International is not really prevalent at QAGOMA, but that they look at art through a regional lens – it is quite a porous, fluid movement between departments, which allow curators to develop an in depth understanding of that bigger picture, whether it’s in their remit or not,’ she continued.

Barlow said the boost to major exhibition and blockbuster funding by the QLD government was ‘a fantastic vote of trust’, and enables continued growth in international programming.

‘It is interesting in Queensland that we also have the conversation around the Olympics here – an ambition which I think includes QAGOMA as a living, vital, inhabited place – and puts the local into context with the national and international,’ Barlow concluded.

WHO IS NINA MIALL?

Nina Miall is an independent curator and writer with twenty years experience working across institutional, commercial and public art contexts.

From 2012–2017, Nina was the visual arts curator at Carriageworks, Sydney, curating projects with major international artists and large-scale surveys of Australian art, including The National 2017: New Australian Art.

Prior to Carriageworks, she was based in London for 12 years where she was a director of leading contemporary art gallery Haunch of Venison (2006–2011), and Head of Public Programs for the Royal Academy of Arts (2003–2005).

From 2006–2011, she was also a Trustee of the artist-run initiative Beaconsfield in Vauxhall. In 2010, Nina participated in the ICA London’s mentorship program for young cultural leaders and in 2009, she was shortlisted for the Hayward Touring’s Curatorial Open competition.

Miall has a BA (Hons) from the University of Sydney and an MA from the Courtauld Institute of Art, London.