Australia’s writing community was shocked to hear of the death of Dr Ania Walwicz, writer, poet, performer and teacher, who passed away on 29 September.
George Dunford 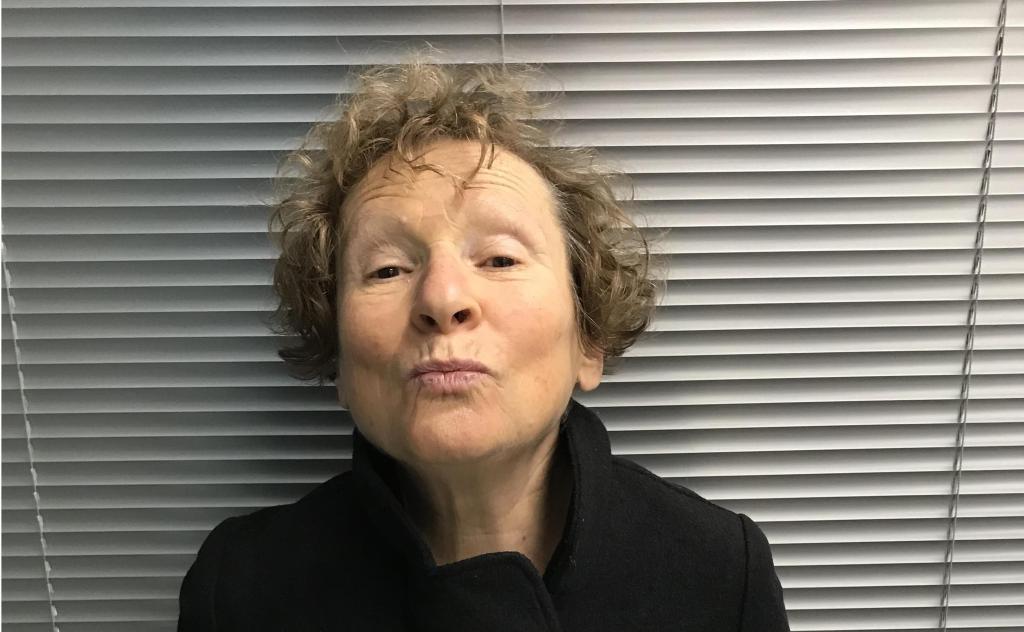 Ania Walwicz when she received her advance copy of Horse. Image by Penny Johnson.

‘Very curious…’ It was the common musing Dr Ania Walwicz made over her 30+ years as a teacher of writing in RMIT’s Professional Writing and Editing classes. The comment captured her questing nature – encouraging students not to judge but to ask and explore as she taught poetry, short fiction and myths and symbols. Her work as a lecturer was acknowledged as part of the team that won RMIT University’s Vice Chancellor’s Distinguished Teaching Award.

Walwicz passed away 29 September, though news broke on Friday prompting a flood of tributes.

Poet Andy Jackson, who now teaches classes at RMIT, recalled a unique teacher in his Facebook post. ‘Ania taught me for a few subjects at RMIT in the early 2000s … but it was never “teaching” in the traditional sense. All her classes were enthusiastic, curious, roaming conversations, democratic and wild. She gave you permission to follow your own idiosyncratic intuitions, write with risk and ambition.’

Born in Swidnica, Poland in 1951, Walwicz moved to Australia aged 12 and later studied at the Victorian College of the Arts where she developed her lifelong passions in performance, visual art and poetry. Her first book of poems, titled in her characteristically unassuming way Writing, was published in 1982. It established her style – staccato and with more of an ear for the language she heard around her than grammatical constraints. She began performing her work – a small yet significant presence on the stage at La Mama and other venues that held audiences in wonder.

As a performer Walwicz was known for her unique style, whether sharing the La Mama Poetica stage with the likes of Dorothy Porter and Kris Hemensley or collaborating on works for Chamber Made or Sydney Chamber Choir.

Jackson remembers her performances: ‘Ania’s voice always embodied a child-like playfulness, but was steeped, too, in the seriousness and absurdity of the subconscious. But even this description doesn’t capture her, really.’

She told the performance poetry journal Going Down Swinging in 1982, ‘Sylvia Plath is the biggest influence. Her work deals with feelings that are conveyed so immediately that the reader is forced to experience them. The effect is instantaneous. That’s what I want to do.’

Throughout the 1980s Walwicz wrote to do just that, with one of her best known poems, ‘Australia’ appearing in this decade. Snapping up syntax, the poem takes a swing at the national mythology still being concocted between outback and suburbia: ‘You big ugly. You too empty. You desert with your nothing nothing nothing. You scorched suntanned. Old too quickly. Acres of suburbs watching the telly. You bore me.’

Vale, Ania Walwicz. I remember seeing her perform at my first @MelbWritersFest in 2018 and being completely captivated by how she was strikingly out of the ordinary. You can listen to that performance here, around the 34:25 mark:https://t.co/kKqSfqdKxI

In 1989, journalist and founder of Bendigo Writers Festival, Rosemary Sorensen, wrote of Walwicz’s book Boat, ‘Eschewing punctuation as benevolent and therefore inferior signposts to meaning, Walwicz’s prose is uncompromisingly difficult … The ugly, both visually and verbally, is preferred to the beautiful.’

She began teaching at RMIT in the 1990s where she became beloved for the way she represented experimental works and encouraged her students to search out the stranger parts of their work – all the while remaining curious. Her teaching colleague Stephanie Holt posted a tribute on Facebook that summed up Walwicz’s many facets, writing, ‘Australia has lost one of its most distinctive creative voices, a poet and thinker of brilliance. And those who taught alongside her have lost an extraordinary colleague – tiny in stature, huge in impact. She was witty, wicked, hilarious, contrary, obstinate, infuriating, and utterly utterly irreplaceable.’

Walwicz’s final work Horse drew on her dreams, and formed part of her doctorate with Deakin University that was later published by University of Western Australia Press. Horse won the university’s Alfred Deakin Medal in 2017 and was shortlisted for the Mascara Literary Review Poetry Prize. Performing to support the book, she would don a beard or a mask to evoke new characters on stage.

Writing on Twitter, Fiona Scott-Norman remembered those performances warmly: ‘She was as naughty as she was brilliant, and her performance at Odyssey Festival a year ago [2019] was one for the ages.’

Always a private woman, Ania Walwicz passed away on 29 September though the news was only announced last week. As as well as family members, she is survived by a generation of writers who she taught and nurtured.

RMIT University is organising a memorial for Dr Ania Walwicz and ArtsHub will update when arrangements have been made. The Facebook group created to remember her is called The Ania Walwicz Fan Club – “It’s been ridiculous!”, as she once said this statement should be her epitaph.