Principles or pragmatism: does it matter where arts sponsorship comes from?

From Perth to London, the question of arts organisations taking money from the fossil fuel industry is being hotly debated, writes Jo Caust.
The Conversation 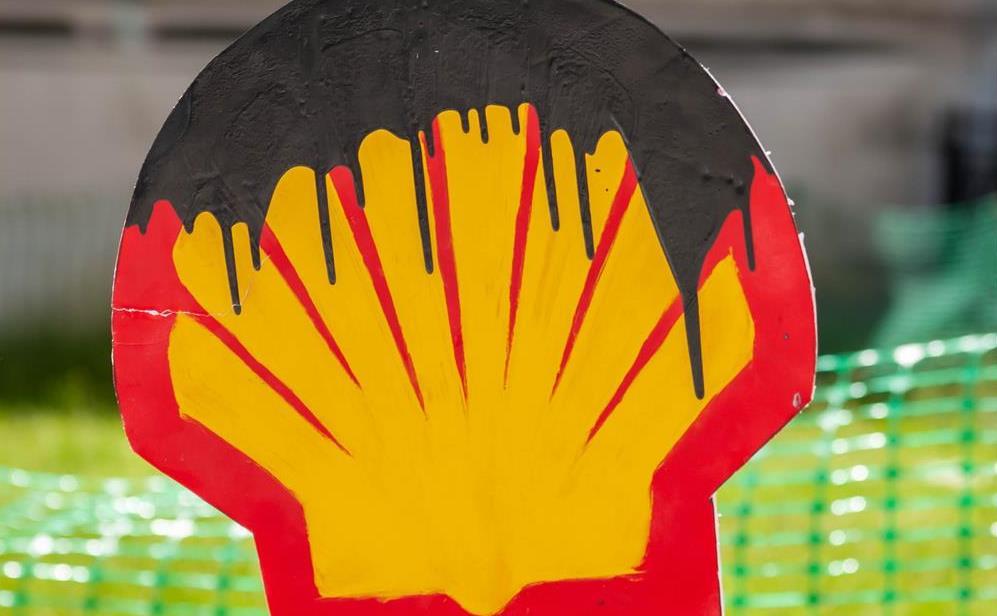 Shell logo covered in mock-oil at a ‘Shell Out of the Science Museum’ protest in London, May 2021. Image: Shutterstock.

Local artists have long protested against Woodside’s position as a naming-rights sponsor of Fringe World. In response, the festival introduced a contract clause artists claimed was an effective “gag order” to prevent them protesting the arrangement.

When that naming-rights partnership ended earlier this month, activists celebrated it as a win. But they now believe it was little more than a symbolic victory.

we are excited to be embarking on a new phase of the partnership […] ARTRAGE is not in the business of making political statements or taking a stance on the subject; we will leave that up to our artists.

From this statement, it seems artists are now welcome to protest about funding arrangements. But this is a no-win situation for the artists. If they participate in an event paid for by the mining company, they are acting as collaborators. If they decline to participate, they do not get to show their work.

This is a much bigger question than one festival and one sponsor. With climate change as an overarching global threat, should arts organisations take money from the companies that are part of the problem?

Everyone in the arts is always short of money, and corporate sponsorship is often an important part of a company’s income mix. This money allows them to pay artists, reach broader audiences and keep creating new work.

For corporations, arts sponsorship is used to generate positive publicity. Companies want to demonstrate they are generous and socially responsible. Their profile is enhanced by the association.

Unsurprisingly, fossil fuel companies across the world are keen to support arts and cultural activity. Providing this support, they can appear to be part of the solution, rather than the creator of the problem.

Earlier this month there was a two-day protest at London’s Science Museum against Shell’s sponsorship of an exhibition called Our Future Planet, looking at climate change solutions. The director of the museum, Ian Blatchford, defended the sponsorship, arguing Shell is helping in “finding solutions” through its engagement with the museum.

Similar protests have been held throughout the UK in recent years in relation to cultural support from BP. The Tate Museum, the Royal Shakespeare Company and the Edinburgh Festival have all determined they will no longer accept funding from BP.

The most infamous recent case in Australia remains the 2014 protests against the relationship between the Sydney Biennale and Transfield. At the time, Transfield was contracted to manage the offshore detention centres in Nauru and Manus Island.

After the protests, the festival broke ties with their sponsor.

In March that year, Malcolm Turnbull (then Minister for Communications) called the artists “viciously ungrateful”, and George Brandis (then Minister for the Arts) requested the Australia Council craft a policy saying arts organisations could “not unreasonably refuse private sector funding” on political grounds.

Whose festival is it?

There are many examples in Australia of arts organisations accepting sponsorship from mining companies. 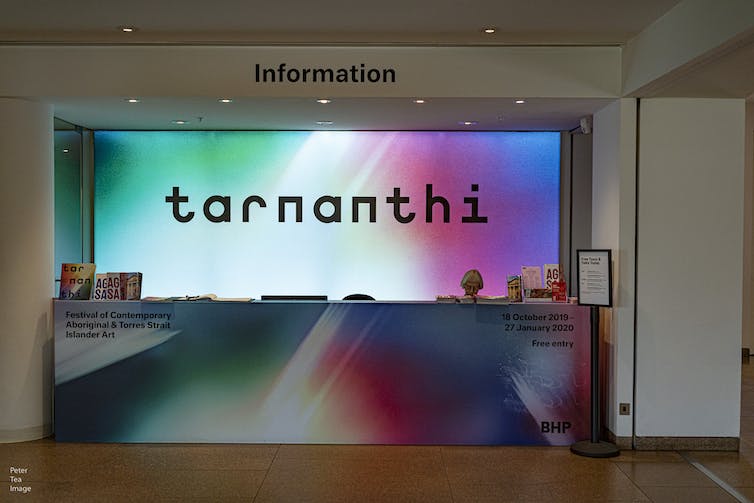 Adelaide arts festival Tarnanthi is sponsored by BHP.
PeterTea/Flickr, CC BY-ND
But mining companies have negatively impacted the traditional lands of many First Nations groups around the world, as well as important Indigenous cultural sites, such as the destruction of Juukan Gorge last year.

Does sponsoring an Indigenous art exhibition assuage the guilt?

In the face of continued reduction of government contributions to the arts, Australian arts organisations have been under enormous pressure to attract both corporate sponsorship and private donations.

The size of the sponsorship can also often be relatively small in comparison to the overall cost of mounting the event. The price of turning off artists and audiences may be a poor exchange.

Tobacco companies were once, too, big arts sponsors in Australia. When this sponsorship was banned as part of Australia’s anti-smoking campaign, it was replaced with a tobacco tax used to buy public health advertising space in programs or on signage of impacted sporting and cultural events.

It is possible to be sympathetic to the conundrum arts organisations find themselves in: mining companies are among the richest in Australia, and are therefore among the most likely to be able to sponsor arts festivals and other arts activity.

Perhaps one should take the money and run, and see it as a fair exchange. But no-one should imagine the gift comes without a price.