On the road: why you need to be strategic about touring 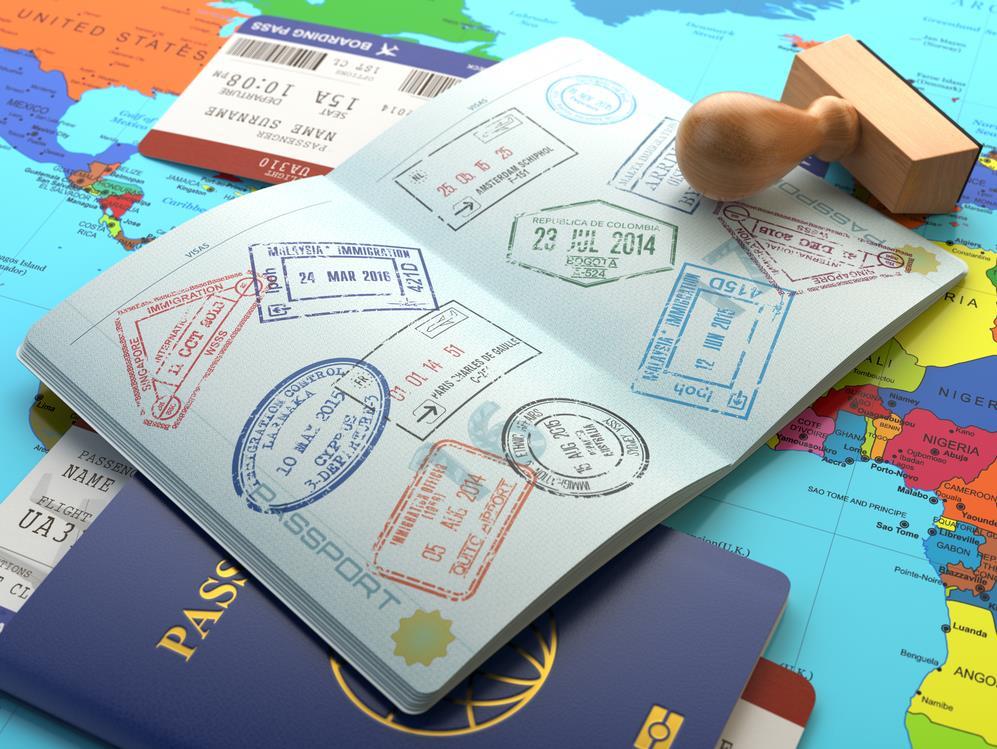 From small theatre companies to major orchestras, touring – especially internationally – offers great opportunities coupled with significant challenges. While cost, logistics and identifying appropriate partners are all part of the process, companies also need to consider the long term outcomes they’re hoping to achieve by touring – and even the model of touring they’re going to undertake.

So how does an arts organisation develop a strategy around touring?

‘I suppose it’s like any strategy, you sit down and you work out what it is that you want to get out of touring, to start with. And that’s not actually as simple a question to answer as it might sound, because there are a whole lot of potential benefits for companies in the Australian performing arts, in touring – especially touring internationally,’ said Belvoir Executive Director, Brenna Hobson.

Read: Why you can’t afford to stay home

While some companies tour in order to promote their brand and reach new audiences, ILBIJERRI – the longest-running Aboriginal and Torres Strait Islander Theatre company in the country – tours as part of its commitment to education and social justice.

‘ILBIJERRI … has always had as its core purpose: making great and impactful Black Theatre that fundamentally shifts the discourse around Aboriginal and Torres Strait Islander peoples and their cultures as something to be proud of, to be celebrated, and places it as central to our identity as a nation.  Our work is about rewriting and reRIGHTing the narratives often negative, stereotyped or completely omitted,’ said Artistic Director Rachael Maza.

‘Hence touring is a priority in ensuring we get the work out to as many people (of diverse backgrounds) as possible.’

ILBIJERRI has successfully built up an extensive touring network nationally and internationally in recent years, building a relationship with both presenters and their audiences through productions including Jack Charles V the Crown (presented at 37 separate venues across Australia, Europe and North America to date), Beautiful One Day, CORANDERRK (currently touring nationally to 30 venues across five states) and soon, Which Way Home and Blood on the Dance Floor.

‘Relationships are the key to successful touring: working with presenters and their audiences,’ said Maza.

‘This is a long term strategy which involves working closely with the presenter in building their relationship with their local Aboriginal community, including organising a welcome for opening night … Q&A’s, panels, school behind the scenes talks, community nights/tickets etc.

‘All in all, our experience is that most regional presenters are very keen to build these relationships but just don’t know how, or don’t feel confident. ILBIJERRI along with our touring agent i.e. Regional Arts Victoria (RAV) or Performing Lines have built this into our negotiations at the point the tour is being pulled together,’ she explained.

At Belvoir, the focus is slightly different, said Hobson: ‘The sorts of things that we looked at and we decided we valued were getting Belvoir’s name out there, artist exchange, and that idea of keeping the creative juices flowing as artists by exposing them to other arts practices.

‘We did look at it from the importance of a cultural diplomacy point of view too, and then the ability for us to keep other staff members happy and engaged. And then I suppose the last thing about that is touring being either profitable or at least sustainable from an organisational point of view – and that’s both the most prosaic and also the trickiest one to get right, I suspect,’ she said.

In 2016, the West Australian Symphony Orchestra (WASO) embarked on its first international tour in 10 years, visiting the United Arab Emirates and China. WASO’s previous China tour was in 2006, and in the words of Chief Executive Craig Whitehead, was a ‘very traditional’ affair.

Ensuring that a tour has impact – and generates more than temporary audience engagement – is a critical part of the process.

‘This time around we started with a cross-cultural partnership with the China Philharmonic Orchestra; we’ve been exchanging musicians with them since 2014 and we’ve had a number of exchanges where they’ve sent three or four musicians across to WA, we send three or four of our musicians; they’d send their middle management across, we send our middle management across – exchanging ideas, working together, developing a relationship, working with the community while we were there,’ he said.

‘And those sorts of things led to an invitation to perform and to open the Beijing Music Festival where we were presented and honoured with a standing ovation, whereas last time we performed in Beijing to very small houses and not very interested audiences.

‘And then we went to Shanghai and were presented by the Shanghai Symphony Orchestra and presented by them – full houses, standing ovation. We’ve built a legacy, a relationship there with the community, particularly in Beijing and through the China Philharmonic Orchestra, which made our engagement on the world stage very different to the last time we did it,’ Whitehead said.

Once a company has articulated its touring goals, the next step is ‘looking at the work that you have available, what sorts of markets it fits and whether you’re hitting all of those goals in any given tour, or whether you’re looking at some of them specifically,’ said Hobson.

For Belvoir, which has toured to the likes of Scotland, the Czech Republic, London, Amsterdam, New York City and India in recent years, it’s entirely possible for a single tour to hit a number of such goals.

‘For instance, for us touring into India did actually hit most of those goals, strangely enough. We were pretty hopeful that Lally Katz might get another play out of it at some point, just because unpredictable things happen, there was a lot of government support  and a real desire from government for Australian performing arts to be showcased in that market, in what is a very important market for Australia more broadly,’ said Hobson.

‘And also one of the things that that touring did was introduce us to a whole lot of Indian and indeed Sri Lankan artists in some of the festivals we were at which has subsequently fed into some of the creative development that we’re doing for future productions. So that a lovely one – it was a bit of a perfect storm.’

Read: Taking the show on the road: the logistics of touring

For both national and international tours, one might imagine that the difference between a tour being sustainable and profitable is relatively straightforward, and fairly linear i.e. the first year you visit a new city or country a tour loses money but establishes the company’s identity. Returning one year later you break even, and in future years tours start being profitable. Alas, touring is rarely so straightforward or predictable, Hobson explained.

‘Look, it would be great if it were that linear but it’s much more about what it is that you’ve got at your disposal. So a production that can do a long season with a name artist in an established venue, you hope you’d be making a decent return on. We have been in that circumstance on a couple of occasions but I think there’s absolutely room to be saying, “We’re doing this because we think it’s important not because it’s going to make money.”

‘I mean the other thing is there are a number of different ways that you can make touring viable, and that includes – and it’s generally a mixture – but it includes obviously the fees that you’re getting, the sort of government support that it might attract, and also philanthropic support, and we’ve quite often brought all three of those elements to bear on our touring, and so in that context it absolutely is sustainable,’ she said.

Where international touring is concerned, the recently announced winding up of Catalyst—Australian Arts and Culture Fund – which had a strong focus on cultural diplomacy – may place greater pressure on the Australia Council to assist in this sphere. Hobson, however, encourages arts organisations to look further afield.

‘Look I think there’s a role for OzCo but actually the thing that’s been incredibly pleasing over, kind of the five years, has been that this is something that DFAT [Department of Foreign Affairs and Trade]has started to take really seriously, and I think taken a much more sophisticated approach to cultural diplomacy than we’ve seen previously,’ she said.

‘Certainly I’m hoping that that’s something that continues. Sometimes the danger is asking the Australia Council to be all things to Australia’s performing arts and actually I think that if there is a role for cultural diplomacy then surely it should be DFAT that is looking at that, rather than an agency that is chiefly charged with domestic touring.

‘And look I don’t want to take away from the good work the Australia Council has done over a number of years in that space, specifically with regards to the small to medium organisations, but I don’t think it should just be them,’ Hobson added.

When it comes to offering advice to companies who may be considering their first international tour, Hobson’s first recommendation is to consult with one’s peers.

‘I’ve certainly found that the industry is incredibly collegiate in terms of people being very happy to offer up whatever lessons they’ve learned along the way,’ she said.

The question of whether or not to use a touring agent was also something important to consider.

‘One of the big questions with touring, and this is less easy to do in theatre than it is in some of the other art forms, is whether you should be looking at an international agent or not. Belvoir hasn’t generally used international agents, though certainly I think if the thing that you want to do is a big university circuit of America, then working with an agent could be incredibly helpful. So again, it’s more a series of questions that you need to be asking yourself rather than hard and fast advice that there is one sensible way to go.’

She also highlighted the likelihood of cultural misunderstandings. ‘Every country that you go into – even if they speak the same language and look like you – is culturally different and so you will inevitably work out a whole heap of things in retrospect that you either got wrong or misunderstood at the time,’ Hobson laughed.

‘The other thing is I think, as an organisation, you need to be reasonably resilient because things will absolutely go wrong! And that can be part of the fun of it but it just, it will happen.

‘People will get sick, freight will get lost, all of the things that you very carefully spec’ed will not be at the venue. All of that – it is inevitable. You know, I think the performing arts are pretty good at dealing with the odd small scale disaster anyway but touring certainly brings that out.’