To engage with difference is to both recognise that it exists and accommodate it on its own terms, rather than on the terms of the majority.
Asif Majid
[This is archived content and may not display in the originally intended format.] 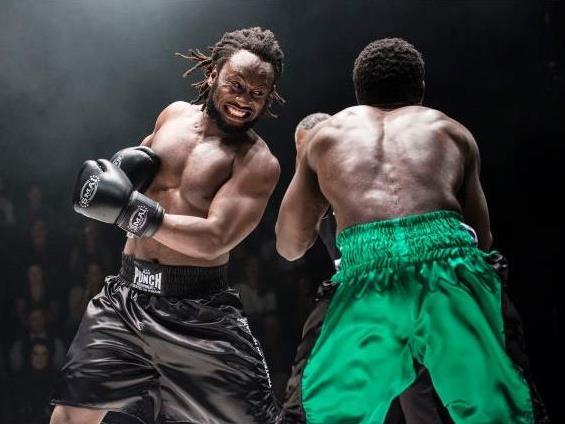 I’ve recently come through a number of ‘minority artist development programs’ at a variety of major (read: primarily white and able-bodied) theatre venues and cultural institutions, and have found them to be consistently wanting in a few ways. As a theatremaker and performer engaged in transnational minority theatre work in both the US and the UK, it’s frustrating to see well-intentioned programs that can serve to helpfully challenge white supremacy fail on basic programmatic aspects. I find it hard to believe that such failures would be accepted as adequate, were these programs not alternately blessed and cursed with being exclusively for minorities, people of color, or other disenfranchised groups.

What is needed is an institutional reassessment of why such cultural organisations engage in such work in the first place. Is it as a diversity box-checking exercise? Are they trying to change audience demographics? Are they fattening their bottom line, ever aware of the increasing cuts in arts funding on both sides of the Atlantic? Or are these types of programs reflective of a true activist commitment to unlearn and dismantle structural inequalities? Unfortunately for that last one, exceptions like actor, playwright, and director Kwame Kwei-Armah prove to me that these institutions aren’t in the business of loosening their stranglehold on resources, preferring instead short-term ‘development’ projects that result in minorities fighting with one another for leftover table scraps.

So, I’ve put together a few pointers that may be useful for staff at such institutions when they are tasked with executing a minority artist development program, one that may or may not be conceived or designed by those who implement it. Specifically, I’m speaking to middle management: to those who are simultaneously facing pressure from supervisors in offices upstairs to implement a ‘minority’ development program and from minority artists on the ground who are frustrated at the program’s failures. (There is, of course, a broader discussion to be had about whether or not these programs ought to be conceived as they are from the top down and how that creates the space between a rock and a hard place that middle management inhabits. I recognise the importance of that topic, but it is beyond the scope of what I’m covering here.) Suffice it to say for the moment that such initiatives are sometimes as unwanted by the so-called ‘community’ that they target as they are by those who are responsible for implementing them. When that’s the case, here are some tips on how to make the best of a bad situation.

A recent program for ethnic minority and disabled artists offered a standard bursary to attend programming at a major arts festival so participants like me could learn about taking work there in the future. The program connected me and my colleagues to festival programmers and artists who had presented work at the aforementioned festival in the past. Yet, the program seemed blissfully unaware that additional financial and logistical needs might be relevant for colleagues of mine who had disabilities, until those colleagues advocated for themselves. This was based on a serious flaw in logic: that ethnic minority and disabled artists can be lumped together and treated in an undifferentiated way, as if the needs of ethnic minority artists and disabled artists are one and the same. To engage with difference is to both recognize that it exists and accommodate it on its own terms, rather than on the terms of the majority.

Just because a program identifies a particular identity marker that it seeks to target or focus on, doesn’t mean that the person who applies for and participates in said program is a monolithic robot. Rather, it is important to recognise that the needs and objectives that participants have for participating in such programs may differ widely from other program participants, even if they share some surface-level characteristic that the program has ascribed to them. A prime example of this came when an opportunity recently arose for me to apply for a minority-based version of one of multiple part-time civic engagement positions. I turned it down for a host of reasons, not least of which is that the creation of only a few slots for minority individuals continues institutional strangleholds on resources at the same time as it allows that institutions to be perceived as improving opportunities for minorities despite increasing competition among them. Intersectionality is useful here, because it showcases the ways in which multiple aspects of identity must be catered for. For those unfamiliar with the term, it is worth investigating further, as it is part and parcel of the discourse used by minority artists on both sides of the Atlantic.

This builds on the two points above. It’s no use offering a group of (minority or majority) artists a series of workshops as a form of compensation for not paying them enough, and then being astonished when attendance dwindles over time. What is needed for true artist development is the personalisation of attention and resources, meeting artists where they are rather than where a program believes them to be. If an institution’s approach is to commission a piece in an effort to work with artists that haven’t engaged with that institution before, it is essential to invest in what that artist wants out of the relationship so that they feel part of a collaborative process and willing to engage with that institution in the future. Where too many institutions fail in their minority-focused development programming is in their preference for product over process, rather than the other way around (the renowned and respected Sundance Theatre Lab is a notable and positive exception). It’s only through good processes that we end up with good artistic products.

4. Silence institutional assumptions and respect work that is produced

Often in the rush to create showable content like a script, sharing, or something of the sort, crucial decisions are taken out of the artist’s hands. As part of a recent monologue-writing project, the results of which were to be showcased in nearby community venues, I developed a piece that included foul language. The institution that ran the project never asked me to remove the cursing, despite asking for other useful edits to the script that made it a better piece. Yet later, they claimed that it was because of the foul language that they chose to not take the piece to some community venues where young people would be present, a decision I wasn’t consulted on or made aware of until shortly before performances were to take place. (To be clear, my objection is not to their choice, but rather to how it was made.) If an artist is participating in a ‘development’ program, how does it strengthen their craft to leave them out of dialogue on important decisions about their own work? I have no issue when an institution objects to content and form in an effort to improve a work’s quality. But it should always do so in a manner that treats both the artist and the work with respect.

5. Understand why this project is being undertaken, on both a personal and a professional level

Theatre director Anne Bogart, in And Now, You Act, talks about the importance of ‘stay[ing] close to the why’ when making theatre, but it’s management consultant Simon Sinek who makes the relationship between why, how, and what a bit more explicit. Starting with why we are engaging in a project allows us to ensure that how we do what we’re doing connects to our initial purpose. Too often, the ends are seen to justify the means: that if a program checks a bunch of diversity boxes and brings audiences into the theatre who might not otherwise attend, then all will be forgiven. Actually, it won’t. Word will spread among minority artists about the failure of such programming. This can often result in such artists choosing not to work with these institutions, despite their heavyweight status. To be sure, it is primarily white and able-bodied institutions that need minority artists, rather than the other way around.

6. Admit mistakes and learn from them

After I (and other artists) completed the aforementioned monologue-writing project, the institution sponsoring it asked for quotes and sound bites about the effectiveness of the project. In this way, they assumed that the project had been a resounding success and sought to use project participants (myself among them) as a way to check off boxes about diversity and show that they were engaged in complex, innovative, and brave programming. An alternative, and better, approach would have been to conduct a thorough and in-depth evaluation of the program that was honest and rigorous in admitting its mistakes. Instead, I felt used by the institution, as it sought to further its own funding and public relations objectives. The institution’s lack of commitment to its own growth came across as a failure to care for the artists it sought to ‘develop,’ adding a troubling layer to an already problematic project.

These pointers can allow primarily white and able-bodied theatre institutions to put minority artists and their development at the heart of what they do, rather than on its fringes. It’s good that such organizations are interested in diversifying their artistic input and output, and it’s important that this work continues even if institutions don’t understand white supremacy or intersectionality or think that these concepts matter. But for the sake of both the project and the headache that the institution and the artists in question go through when serious miscalculations occur, it is imperative that process is privileged over product. At every moment when the end results seem to be taking primacy, I would encourage arts administrators that work at the middle-management level to return to the why of the project, and to remember that the artists they are working with are talented individuals in their own right, worthy of far more respect than they are often afforded.

This piece, On Minority Artist Development Programs by Asif Majid was originally published on HowlRound, a knowledge commons by and for the theatre community, on 4 December 2017.