The Parramatta Female Factory Precinct is a site conflicted by trauma, but is now being turned into a cultural venue for social agency to empower women.
Gina Fairley 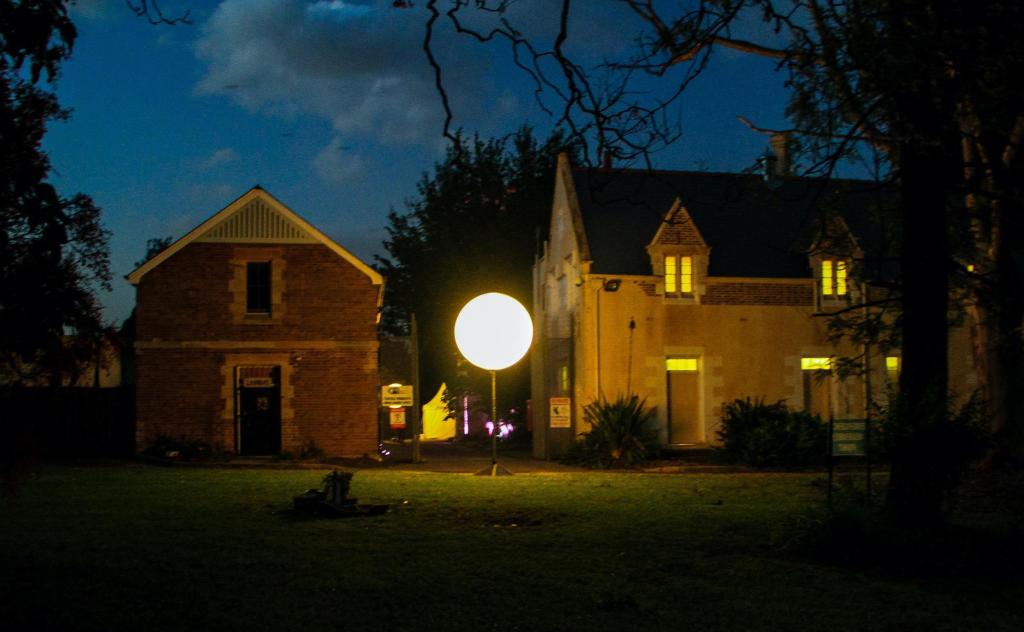 How can art and culture be used to change a site of trauma into a safe place for storytelling, and become a beacon for human rights justice?

It is an enormous task, one that Brianna Munting, Executive Director of Parramatta Female Factory Precinct (PFFP), has been charged with and is challenged by.  ‘What we are trying to do here is celebrate women’s resilience,’ she told ArtsHub.

Located on the banks of Parramatta River, the history of this site traces back 40,000 years as a Darug women’s site – a birthing place.

The Parramatta Female Factory housed convict women, then later became the Parramatta Mental Institution for Women, then the Roman Catholic Orphan School, before eventually it was used as The Norma Parker Correctional Facility for women on day release.

‘That only closed in 2012, (Norma Parker Correctional Facility) so when we say it is 200 years it is still very raw,’ Munting said.

While the traditional choice might have been to turn to the public health sector to manage the site, it was someone from the arts and culture sector who was appointed to activate its future.

‘Part of the vision in appointing me was to transform this space into a permanent exhibition space, with [rotating] shows and programs that look at broader human rights – themes that embody this place as Australia’s first site of conscience,’ explained Munting.

‘It comes back to rethinking how we unpack institutions and how they operate. We are trying to use arts and culture to not get stuck in institutional frameworks,’ she continued.

Change, however, goes far more than bricks and mortar.

‘We need to find a model for the organisation that is far more progressive than the traditional hierarchy, because we wanted to show it can be done in a different way and doesn’t have to be predicated on power,’ she told ArtsHub.

You have the site; you have the storytelling; seed funding is in place and the strategic plan has been drawn up – so how does a cultural precinct move from greenfield dreams to a reality?

‘It is about deep listening and deep conversation… and everyone has a place,’ said Munting.

Having emerged from the organisation’s first strategic planning process, and visiting similar institutions overseas, Munting said that building program capacity and bringing on other key staff was a priority.

Along with her team, Munting is in the process of transferring early work done around recording oral histories and memory into a living, active cross-disciplinary space.

‘The plan is to also bring social services organisations alongside arts organisations on to the site. ‘[For example], how do we have child care ingrained within the projects, otherwise we are already excluding people from the beginning. They are little things but they are huge in terms of enabling participation, and we need to consider those future models,’ said Munting.

‘We are working on a lot of strategic partnerships at the moment to activate the space. There is no women’s refuge in Parramatta, so we are working with Parramatta Mission,  STARTTS (who provide culturally relevant support for victims of trauma) and the Darug custodians to address this. I talk about it as a contemporary art social research and advocacy project,’ said Munting.

Munting recognises that when working with a site of trauma there is also a need to address a practice of self-care and staff care. ‘I find I sit with the women a lot, that is why our partnership with STARTTS is important for their counselling services.’

On the horizon Munting has plans for an artist residency space that will be responsive to broader human rights issues, and in 2021 a focus will be on empowering women-makers for PFFP’s 200th anniversary.

Shifting the messages of power

Walking around this site of colonial sandstone buildings, with its colony of bats and gardens created by former residents, the site feels strangely unburdened by its history.

Munting said of the site: ‘There is beauty in the strange dialogue that happens between the spaces and you. It is really intimate, and all our programs we will deliver are about maintaining that intimacy and giving people different entry points into the histories.’

She reminded: ‘It is not the place you fear; you have to remember it is the people that create fear. What we are doing is about changing that and reclaiming the power within the site.’

When we talk about these space it is also not just focusing on trauma, but on how we move forward as women and what is happening in Australia at the moment, said Munting. ‘We use this as a reminder to make sure this doesn’t happen again. And, it’s about learning how to celebrate this space.’

Part of that shift in power is remembering that this site was also one of resistance. A march by the convict women down the streets of a colonial Parramatta was one of the first recorded protests, while a generation latter, the Parragirls were also rioted against their conditions.

‘I always talk about it as a contemporary women’s activism space. All the projects look at how women gather, how we bring social agency into a place, and then consider how we also support a visitor experience with ethics and care,’ said Munting.

Under the title Women of Parramatta they will aim to deliver three major performance projects and a series of Long Table conversations.

The second of these conversations was staged earlier this month, and coincided with the launch of the publication, PARRAGIRLS: Reimagining Parramatta Girls Home through art and memory, edited by former residents and PFFP Memory Project founders, Lily Hibberd with Bonney Djuric.

Munting explained: ‘The Memory Project developed a new model of ethical practice to engage with and interpret institutional sites of confinement that would place former occupants at the centre of the process rather than at the periphery as subjects, or footnotes.’

In its short history PFFP has rolled out an ambitious publishing program. ‘We have also supported three publications from former Parragirls. While it feels old school to have a printing program, for the women it is so important because all their memories and history have been contested, even their welfare files, so to have something physical that says “this is me” changes that institutional history,’ explained Munting.

In November, a development showing of Sleeplessness will be performed, a project in partnership with The Big Anxiety. And in 2020, PFFP with PYT Fairfield will present Stories We Never Tell, a performative walking tour for audiences for the for the 22nd Biennale of Sydney: NIRIN.

Currently, visitors to the site can take a self-guided audio walk narrated by former residents, which uses VR technology.

Next year, PFFP will also deliver its second major performative work, Burramatta to Bagdad, looking at the institutional experience of Forgotten People and their correlation with refugee and asylum seekers.

The Parramatta Female Factory Precinct is located at Fleet Street Parramatta North. Staff are on site Tuesday through Friday.