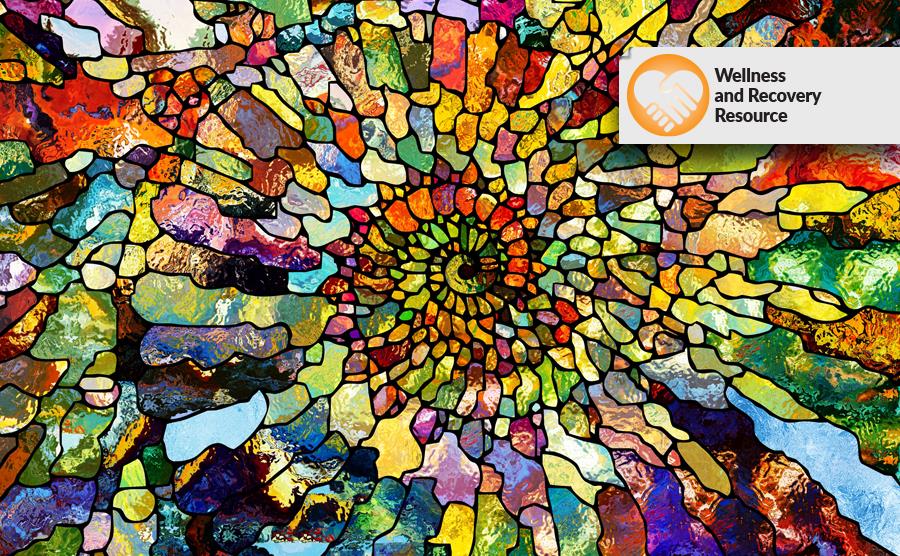 Australians don’t like the ‘s’ word. We blush the second someone mentions ‘spirit’ outside the context of a team, or ‘soul’ other than as a descriptor of a particular genre of music. But if artists are to survive the current crisis, we need to swallow our secular pride and start talking about spiritual wellbeing.

Spiritual wellbeing is all about the stuff we, as artists, engage with every day. The term refers to a sense of meaning, purpose, connection and transcendence. As artists, so much of what we do is about connecting at a deep, spiritual level. We are knee deep in the business of making meaning.

If we are working at the level of souls (the other ‘s’ word! No apologies!), then we must be mindful of our own spiritual wellbeing. To be spiritually ‘well’ we need both the skills and the environment to nourish our sense of meaning and connection.

The skills of spiritual wellbeing

Good news! Three of the four skills of spiritual wellbeing are ones which artists have in spades: mindfulness, courage and reflection.

As we know, practicing mindfulness is about bringing ourselves to attend to the present moment. This allows artists to silence the inner critic and get to work. Mindfulness is also foundational to spiritual wellbeing because it re-connects us, however fleetingly, with the wonder of being alive.

Acknowledging the miracle of existence can just as easily lead to existential despair and despondency as it can to hope. Nobel Prize-winning physicist Steven Weinberg wrote in his book The First Three Minutes that, ‘It is hard to realise that this [Earth] is just a tiny part of an overwhelmingly hostile universe […] The more the universe seems comprehensible, the more it seems pointless.’⁠ This is why courage is the second skill of spiritual wellbeing.

Deciding to live as though life is meaningful is not a given, but something which has to be constantly and wilfully re-chosen. Viktor Frankl, psychiatrist and survivor of Auschwitz, built the branch of psychology known as logotherapy on his observations that the ability to live as though life is meaningful was the key differentiator, all other things being equal, between those who made it out of Auschwitz, and those who did not.

Courage is not an innate quality, but like mindfulness is something which can be cultivated. As artists, we are deft at practicing courage. Every time we tear up dozens of seemingly acceptable pages or sand down the canvas and start again, we are exercising the courage muscle.

Reflection, the third skill of spiritual wellbeing, is also one which artists excel at, integral as it is to a fertile artistic practice. We are adept at constantly interrogating our work – hence the tearing up of pages and the sanding down of canvases. We pause and check in with ourselves and the work: is this piece telling the truth it needs to tell?

Reflection, the third skill of spiritual wellbeing, is also one which artists excel at, integral as it is to a fertile artistic practice.

The fourth skill of spiritual wellbeing is one which we are good at facilitating for others, but not always fantastic at doing for ourselves: connecting. Our work is all about connecting ideas, people, thoughts, feelings, worlds. But sometimes in the process of doing our work, we disconnect from others and even the world around us.

We need to cultivate connection with people in our inner circle, as well as those we encounter in the business of daily life, and with the natural environment.

Practicing the skill of connection might involve a weekly phone call with a friend, going for a walk in nature, and chatting with the shop assistant at the local store.

Using the language of spiritual wellbeing

Even if you have mad skills in reflection, courage, connection and mindfulness, it can be difficult to maintain your spiritual wellbeing in a society which does not have a language to talk about spiritual wellbeing, and we are part of the problem.

We talk about widespread burnout in the arts. This is a productivity term which conceals the underlying, creeping dread that our society, our fellow humans, think that what we do is meaningless.

We talk about being exhausted from working on the smell of an oily rag, but what we don’t mention is the loneliness, the isolation, the feeling that we have been cut off from the tribe we so lovingly and longingly helped to build.

We talk about the arts being under-valued, but what we don’t say is how much it hurts to be told, over and over, that we do not matter.

We use these terms to be part of a political discourse which has become dominated by economic language over the last thirty-odd years. We compromise our value when we argue for it solely in the language of economics. We need to talk about the spiritual significance of what we do, as well as the spiritual toll that being consistently under-valued takes on our ability to do it.

This article is based on Jackie’s work-in-progress manuscript, Spirituality for Non-Religious People.

The Wellness and Recovery Resource is supported by the Judith Neilson Institute for Journalism and Ideas.