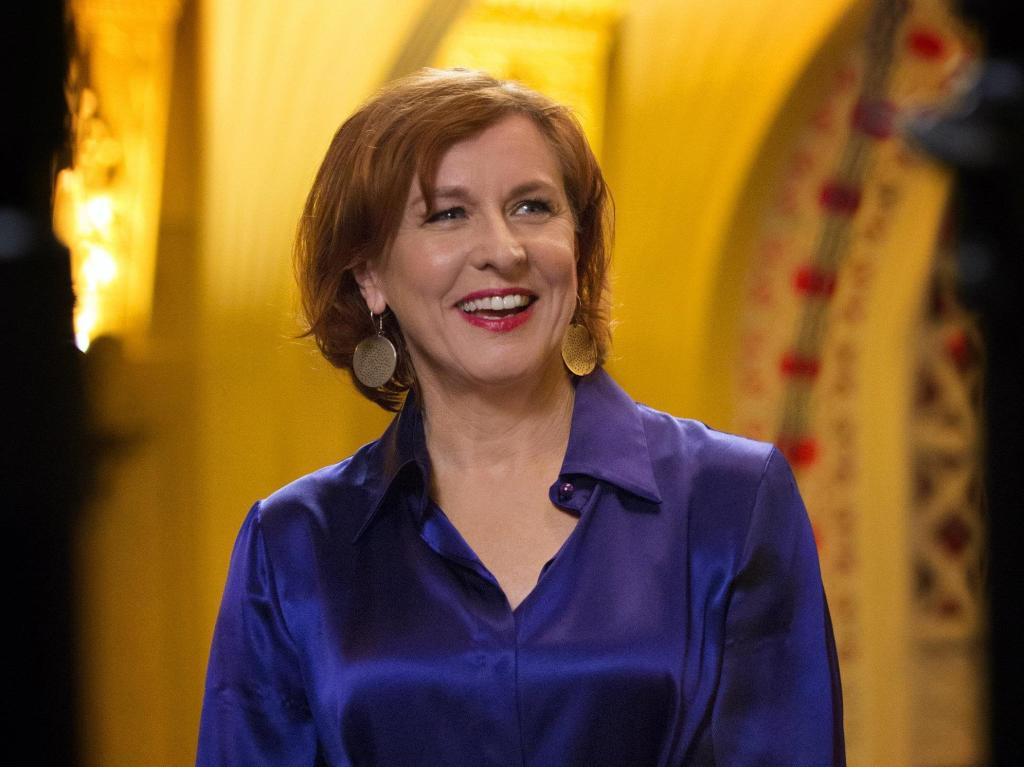 Although she doesn’t officially finish in her role as Artistic Director of Opera Queensland until late October, Lindy Hume was already clearing out her office when she spoke with ArtsHub last week, on the eve of the company’s 2018 season launch.

Hume, who took over the reins of Opera Queensland from Chris Mangin in 2012, is spending the coming weeks in the USA, directing The Barber of Seville for Seattle Opera before heading on to Stockholm to direct OperaQ’s production of La Cenerentola (Cinderalla).

‘In between I’ll come back for my last official outing, which is the Gala, our gala dinner at the end of October. And Patrick [Nolan, the AD-in-waiting] and I will elegantly take the podium together and hand over,’ she said.

Increased international engagement is one of many ways Opera Queensland has transformed under Hume’s Artistic Direction. At the time she was appointed as AD, alongside Russell Mitchell as General Manager in late 2011, the company was in dire straits. Its financial situation was parlous, as indicated by leaked correspondence between then-Chair Martin Kriewaldt and Arts Minister of the day Rachel Nolan that showed Kriewaldt was close to cancelling OperaQ’s 2012 season and placing the company into administration.

‘We were in a really difficult situation, certainly, when I first arrived – we were in very difficult circumstances financially and really needed to reimagine the company’s future completely,’ said Hume.

Opera Queensland’s reinvention has resulted in new collaborations with companies across the state including Dancenorth, Expressions Dance Company, La Boite and Brisbane Festival. It has also seen the production of several new works, and active engagement with communities across the state. Simultaneously the company’s international reputation and engagement have also increased.

‘The fact that Operas Queensland’s productions are now being seen outside of Australia, I think that’s very exciting,’ Hume said.

‘We’ve got lots of co-productions with New Zealand Opera, so we’re quite trans-Tasman now, but it’s also nice that Opera Queensland’s production of La Cenerentola has been in Leipzig and San Diego and in fact it’s what I’ll be doing in Stockholm as well. So I’m very proud of that.’

The company is now a very different beast to the one she inherited, Hume continued. ‘I think it’s palpably a very different kind of company to the company that we found when we took it over. I think it’s a much more collaborative company … we’re very much part of the cultural fabric of Brisbane now rather than just being the state opera company. and I know Patrick will keep that going, he’s very collaborative.’

Hume is especially proud of the company’s regional engagement model, which has moved well beyond the fly-in, fly-out regional touring model seen elsewhere.

‘There’s a real sense of engagement and understanding with those communities, of building those relationships and developing skills – it’s been really exciting to see how our experience in regional Queensland has actually taught us a lot about how to engage with our audiences here in Brisbane too. So the community stuff is not just an out of Brisbane experience, it’s also now pervading our programming in Brisbane, so that’s pretty exciting,’ she said.

The regional tours presented by OperaQ in recent years have seen deep engagement with communities across the state, including recruiting and training choruses from local communities for each performance. That program, initiated with Project Puccini in 2014 and repeated in 2016 with Project Rossini, continues in Hume’s final season with a 2018 tour of Gilbert & Sullivan’s Ruddigore, or the Witch’s Curse!, which premiered in Brisbane in 2017.

OperaQ will put a call out for auditions in early 2018 to find more than 100 regional Queenslanders to perform in the regional Ruddigore, or the Witch’s Curse! choruses. Interested parties can register on operaq.com.au. Successful applicants will receive intensive training in singing, dancing and stagecraft.

Hume said the impact of such productions, which have resulted in more than 600 Queenslanders performing in front of their home crowds, are life-changing for those who participate in the programs – despite their initial fears about having to master the challenges of live performance.

‘These guys are going “There’s absolutely no way I’m going to get this,” and finally on our opening night they’re singing in tune, on time, in Italian, in costume, wigs and make-up and it’s just an extraordinary kind of buzz. The energy that comes off those stages is just golden as far as I’m concerned.

‘Next year, with Project G & S, they’ll be learning my production of Ruddigore, which is really hard and complicated and the chorus is never off the stage. So they’re challenged, they’re pushed and they’re expected to rise to the occasion – and they always, always do. And it’s so exciting to see it happen,’ she said.

The good with the bad

While it’s undeniable that Opera Queensland has come a long way under Hume’s artistic direction, the company isn’t out of the woods yet, as last year’s National Opera Review – which effectively put the company on notice, while also recommending a funding increase – made plain.

She makes it clear that despite some of the negative publicity the Review generated, OperaQ’s previous financial position – and its responses to that position – were recognised and acknowledged by the Review’s authors.

‘In translation and in media terms it certainly did appear to be very gruesome but in fact the outcome is that it was acknowledged that Opera Queensland does have the capacity to be doing really first rate work – and in fact has been, and has really turned around financially as well.

‘It was definitely a moment of existential crisis … and it was certainly a difficult process, and it was made slightly more dramatic than probably was helpful at the time because it just made us look like a complete basket case, which we weren’t. We were in the very process at the time of turning it all around.

‘In fact while that narrative was going on we were posting our first surplus for 10 years or thereabouts, and we were doing productions that were being sold around the world and also doing all of our stuff in regional Queensland,’ Hume explained.

Every city is different

What has she learned during her time in arts management and what learnings can she share with the sector?

‘I learned absolutely, early on, that you could not rely on the idea that if something works brilliantly in Perth or Melbourne that it’s going to work brilliantly in Brisbane.

‘So really, I advise getting to know the constituency first hand and really listening to the audience. Responding to the realities of your environment is the most important thing you can do, rather than just implementing your own grand vision. It needs to be a conversation between you and the community you serve,’ Hume said.