So you want my arts job: Mona Director of Museum Concept and Vision

With an obscure title – and one totally befitting to the unique Mona brand – Elizabeth Pearce tells us about her role in creating the text that surround all things Mona, while staying in sync with David Walsh's mantra for no bullshit.
Gina Fairley 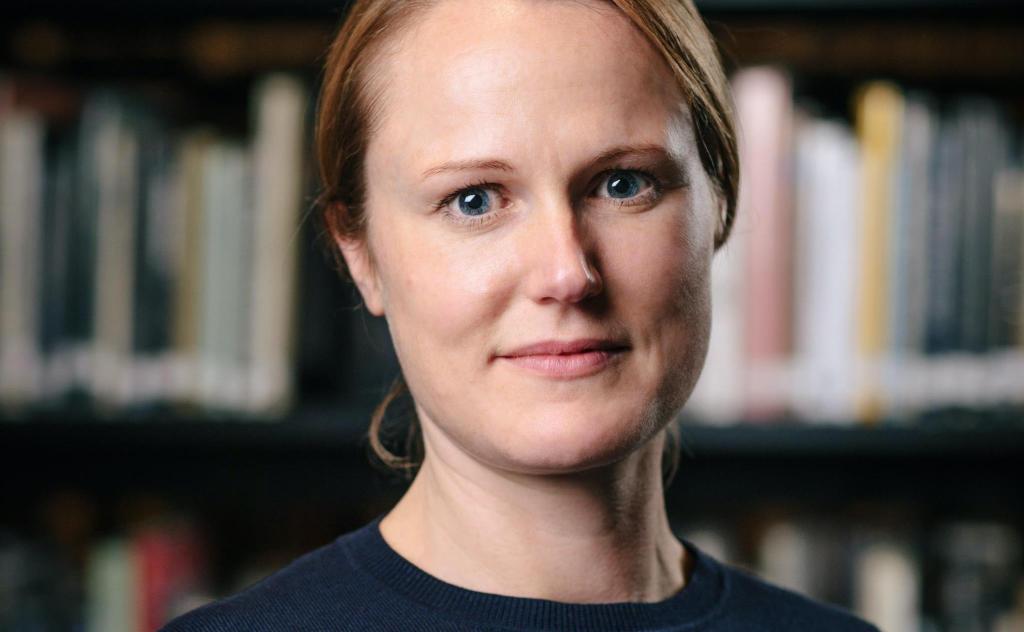 Elizabeth Pearce is the Director of Museum Concept and Vision for for Hobart’s Museum of Old and New Art (Mona). Are you scratching your head asking, ‘What’s that?’.

A professional writer with a background in feminism and postcolonial literature (which she describes: ‘… basically means I analysed the way women and non-western people and cultures are represented in fiction.’), Pearce was hired by Mona founder David Walsh to create content about the art on display at Mona.

Like most things Mona, that means a holistic and quirky approach. Good for her, because she has described the best part of her job is the fact that it is a direct extension of herself.

Starting often with research and interviews with artists, or on her own reading and taking in life experiences, Pearce is charged with creating the ‘Mona unique speil’ for Mona’s blog, the O – the visitor audio device that offers both art history and ‘gonzo’ versions of what you are looking at, and its many catalogues and books, such as Monanisms (one of David Walsh’s texts).

Elizabeth said at a talk in 2016, that the museum’s brand relies on honesty, admitting they sometimes get things wrong, and not talking down to people. ‘We established a strategy that stands true today. We should describe the events and products as we would to our most intelligent friend,’ she told Assembly Papers.

And so she does for ArtsHub, about this one-off job she has made her own.

How would you describe what you do?

I am one of the people charged with making sure Mona remains a museum of ideas, as well as a museum of art. I contribute to that end in a number of ways, namely: as a member of the curatorial team, as a writer, and as a part of the leadership group.

What’s the most common misconception about your job?

I’m amazed and gratified daily that they let me work here, and use ‘vision’ in my title. But, really, my job mostly amounts to helping workmates decode cryptic, one-line emails from our boss.

This week I tried to write an essay describing the circumstances in which a cigarette vending machine could be considered a work of conceptual art.

I edited a heap of interviews with artists for use in the O, our device that tells you stuff about the art; except that it’s no longer a device (thanks Covid) but an app you download to your phone.

I worried about whether I’m a good manager or not. I do that a lot. I find it hard. I read research papers about risks associated with Covid. Understanding David’s attitude to risk is an important part of my job. In brute sum: take risks where the downside is limited, and potential upside unbounded. Covid doesn’t fall into that category: it is (potentially, and actually) catastrophic.

I’m proud that we closed Mona before we were compelled to by the government, even though I feel deeply the consequences of that decision for our staff, especially in those early days before the advent of JobKeeper and other support mechanisms. What a year, I’m still in shock.

I don’t have average weeks, yet, to describe.

In an interview for your job, what skills or qualities would you be looking for?

Someone who knows that ‘Director of Museum Concept and Vision’ isn’t even a thing but is nonetheless determined to proceed.

What do you need to be David Walsh’s wordsmith?

I wouldn’t describe myself as ‘David Walsh’s wordsmith’: he does all his own writing and in fact is quite passionate about doing so. To write for Mona you have to have outstanding technical ability (that sounds like I’m up myself but he will come down on you like a tonne of proverbials if you make an error) and be willing to take risks. He smells insincerity like… oh never mind, he just smells it.

I’m not the only writer of course. Jane Clark, our resident art historian, writes ‘Art Wank’ (she disproves the descriptor every time she puts pen, so to speak, to paper). Luke Hortle writes marketing copy and, increasingly, art commentary; he constructs a sentence like a motherfucker. Marketing is led by Robbie Brammall and other writers on his crack team include Jardin Anderson, Liana Rossi and Kate Foley.

And our media team pumps out that terse prose, too: hi media team! [They’re] hoping I’ll say something vaguely related to the museum reopening, to help drum up interest. It’s opening on Boxing Day! Get amongst it. (I don’t know why I keep saying that lately: get amongst it. It’s possible that I should stop.)

How did you get your start in this career – what was your first job?

I tutored in English Literature while I was doing my Masters. I was supposed to do a PhD but David gave me this job, and it seemed impolite* not to accept.

How collaborative is this job?

For many years I was a writer for Mona, primarily, and that meant mostly collaborating with the big boss, as well as with Jane [Clark] and the curators. Last year I became a director and that is far more collaborative. It’s fun but uses very different muscles.

I spend a lot more time in meetings then feel at the end of the day ‘I haven’t done any work’ before remembering that meetings count as work now. I have to jealously guard writing hours/days. You asked about collaboration and here I am fantasising about being left alone to write in peace, so maybe I’m not as naturally collaborative as I like to think.

I don’t know. I live in Melbourne and have been inside for most of the year, which is probably why I feel and sound a bit demented. I’m going to Hobart soon, in time for our reopening. I expect to see far more hand washing signs than there used to be. I’ve changed too. I now know what ‘fomite transmission’ means.

How competitive is this job?

Really glad the words I leave you with are not ‘fomite transmission’ – that’s bleak. Um. Yes? I’m sure there are many who would gladly cut my throat for the chance to read David Walsh’s cryptic emails. Crap, now I’ve made it bleaker. Hobart: come on down!