The sculptor-turned-singer’s free-flowing compositions defy categorisation.
Sabine Brix
[This is archived content and may not display in the originally intended format.] 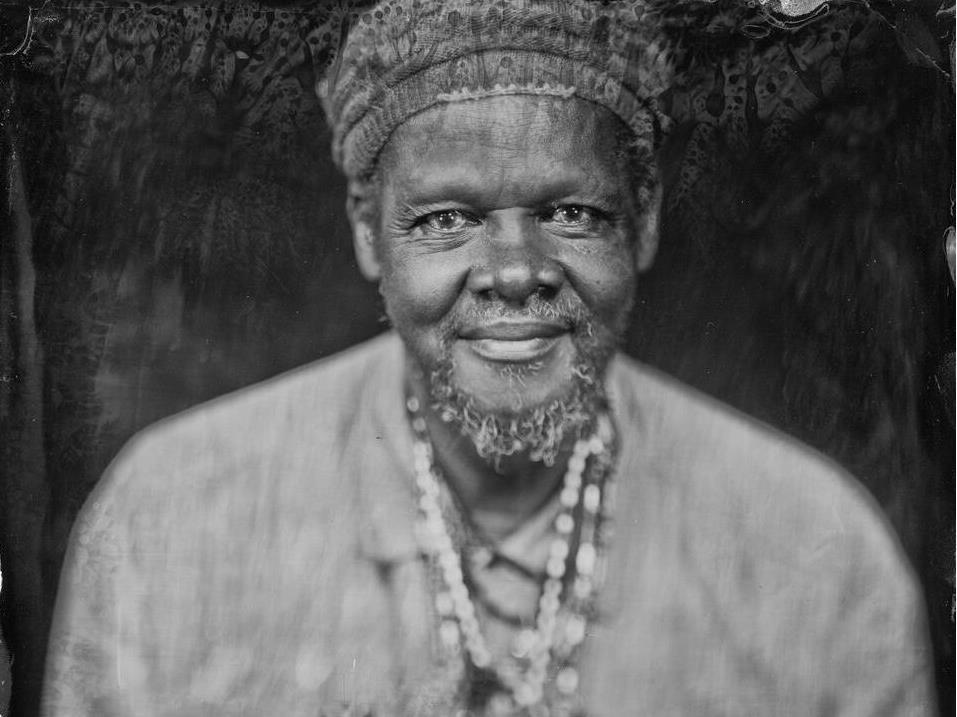 Performing as part of the Melbourne International Jazz Festival, musician Lonnie Holley has been described as an artist who defies categorisation. The singer only began releasing music in his 60s, but was renowned throughout the art world for his sculptures, paintings and installations.

Opening for Holley was instrumental duo – and his band – Nelson Patton, who played an experimental set, which would have been just as fitting as a score to a David Lynch film as it was within the smoky backdrop of the Melbourne Recital Centre. At times haunting, Dave Nelson’s trombone was skilfully looped and layered with Marlon Patton’s percussion and electronic compositions.

Holley was introduced by his manager Matt Arnett who provided a comprehensive background into the artist’s life. The audience was told Holley made tombstones for his niece and nephew who died in a house fire and it was this that lead him to realise how cathartic art can be. A self-taught musician, he only began recording music in 2010 after he started tinkering with his old Casio keyboard. He released his first album in 2012 and has since toured with Deerhunter and been sampled in Bon Iver’s music.

Holley’s set took listeners on a journey, asking them to question the state of humanity through songs which traverse racism, the mistreatment of the environment, women and contemporary American politics.

The singer’s free-flowing compositions include stream-of-consciousness lyrics, and his tracks are punctuated by an angelic voice that often shifts into a bellow, growl and sometimes a whistle.

I Woke Up in a Fucked Up America questions the state of politics, and had a bit of a softer feel than the version on his album MITH. Singing about destruction and the pitfalls of hard labour without being credited, Holley’s lyrics may change between songs, due to its improvisational nature, but the messaging is concrete and hammered home by his at times-guttural voice.

Holley played keys on all tracks except one, the music flowing well with Nelson’s trombone and Patton’s vibrant percussion, electronic soundscapes and vocal manipulation of voices to accompany Holley’s lyrics.

After just over an hour, the musicians were invited back for an encore via a standing ovation. Before telling an anecdote about his amorous ways, Holley launched into a quirky funk piece involving Siri (yes, that one), ending the set on a fun note, showcasing that his music can’t be categorized and is as diverse as the life he has lead.

Inspiring in many ways, Holley has been described as a prophet, and after almost an hour and a half, it wasn’t hard to see why.