Manly, Mosman and S. H. Ervin Galleries present ‘Destination Sydney: Re-imagined’, a multi-venue exhibition telling the story of nine artists inspired by Sydney’s unique landscape.
Gina Fairley
[This is archived content and may not display in the originally intended format.] 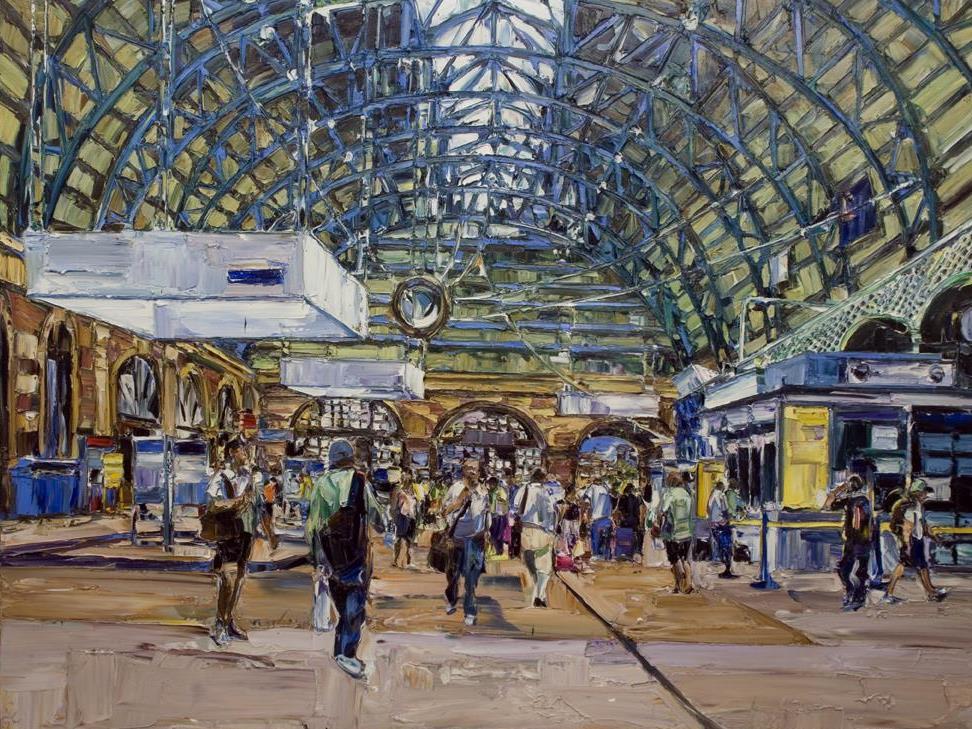 Destination Sydney: Re-imagined (7 December 2018 – 17 March 2019) follows on from the concept’s hugely successful inaugural edition, presented in 2015, which attracted over 75,000 visitors.

What ties them together? Simply: Sydney and its enduring capacity to fascinate and unite artists across the history of Australian art.

Collectively, the three galleries will showcase 130 key works by nine significant Australian artists, each of whom was selected because of their personal engagement with Sydney, with the city and its harbour becoming central themes in their work.

Manly Art Gallery & Museum’s waterfront location makes it a fitting site for the ocean and harbour views of Adrian Feint; the early 20th century beachscapes of Ethel Carrick Fox, including her famous works of Manly Beach and Balmoral Beach; and the colourful contemporary harbour landscapes of Ken Done.

Mosman Art Gallery’s selection of Roy de Maistre, Robert Klippel and Michael Johnson reflects an evolution in the interpretation of landscape and its progression towards abstraction, linked by the use of colour. Johnson grew up in Mosman and his works form part of the Mosman Art Collection.

The S.H. Ervin Gallery’s central Sydney location made the selection of Nicholas Harding, Wendy Sharpe and Jeffrey Smart a must, as they all share a fascination with the evolving inner city, although each approaches it in their own distinctive way.

Katherine Roberts, Senior Curator at Manly Art Gallery & Museum explained: ‘Each of the artists has their own story to tell, of course. Bringing these nine artists together in a curated exhibition may provoke the audience to make connections between each of them and develop a broader dialogue about how art is inspired by place and how it gives meaning to place for so many of us.’

She continued: ‘Regional galleries are part of a network committed to telling stories of place, exploring ideas and bringing the arts and community together. They are also natural partners. This project was borne from a conversation which developed into a collaborative exhibition across three of Sydney’s regional galleries, united by the harbour.’

Roberts believes that the collective power of the three galleries has enabled the work of these nine artists to be explored ‘in more depth than a single gallery could achieve’.

Katrina Cashman, Assistant Director and Senior Curator at Mosman Art Gallery agreed, adding that this exhibition model is so successful because ‘united, the galleries can present an exhibition which is greater than the sum of its parts.’

The power of three and the voice of nine

This year’s exhibition has been co-curated by Klepac together with Michael Hedger and Katherine Roberts (Manly), John Cheeseman and Katrina Cashman (Mosman) and Jane Watters (S.H. Ervin Gallery).

Jane Watters, Director, National Trust S.H. Ervin Gallery makes the point that the exhibition, although conceived collectively, is nuanced individually, and described it as a ‘unique art event’.

‘At S.H. Ervin it seemed logical to embrace our location with three artists who have eschewed the seductive charm of the harbour for the inner city. Jeffrey Smart’s paintings of Sydney reveal his growing maturity and discipline as a painter, culminating in the iconic Cahill Expressway with its enigmatic ambiguity and compositional complexities that continue to fascinate today.

‘Nicholas Harding has captured Central Station in magnificent fashion, creating a masterpiece to complement Smart’s, while Wendy Sharpe’s authentic response to the urban environment, coupled with her mastery of colour, bring the three painters together into a bold and compelling visual experience,’ said Watters. 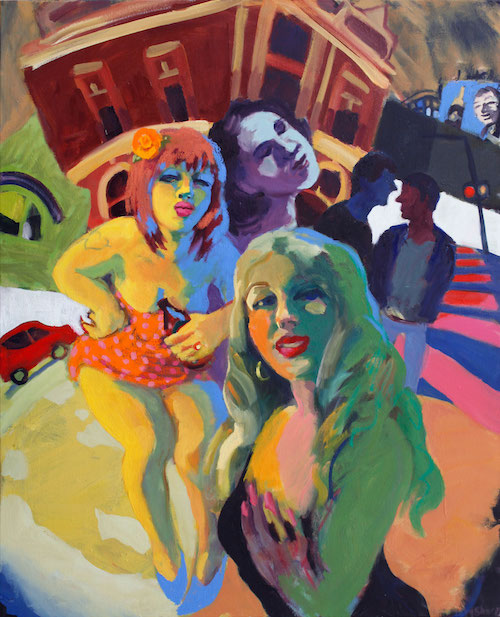 Roberts said each of the artists featured at Manly are represented in the gallery’s collection.

‘They each have strong connections to the Northern Beaches region, especially Manly and Pittwater. Ethel Carrick Fox visited Manly on many occasions during her times in Sydney. Ken Done’s childhood playground was Manly and Adrian Feint’s good friend at Palm Beach enabled him to paint countless scenes of Pittwater from multiple viewpoints.’

A similar approach was followed when selecting works for Mosman, Cashman explained: ‘The Mosman exhibition is nuanced in that it is really presents a small microcosm of aspects of the Sydney art milieu over three generations, told through the works of the three outstanding, pioneering Australian artists whose each influenced generations of Australian artists in their wake – Roy de Maistre, Robert Klippel and Michael Johnson.

She continued: ‘The relationships between the works speak together again and seem to be amplified – de Maistre’s works from the early 20th century look incredibly vivid and fresh juxtaposed with Johnson’s recent paintings as well as powerful minimalist field works – and the distance of time looking at Klippel’s imagery from the 1950s again reinforces the artist as simply a force of nature … The combination of these three artists speaks of the development of languages in Australian art from modernism to abstraction. Colour and its employment as an emotional/spiritual response to both landscape and abstraction is the key that links these artists.’

As visitors move between the three galleries, they inevitably have to engage with the city and its harbour.

‘It encourages people to think about, and look at, the landscape and urban space between each venue … It offers people the opportunity to immerse themselves in art that is inspired by Sydney,’ said Roberts.

‘We hope that the audience learns more about each of the artists and engages deeply with the artworks, which have been lent generously by public and private collections from around the country.’

The exhibition will be accompanied by a diverse Public Program of free and ticketed events and an extensive colour catalogue which features the works and essays on each of the nine artists. The catalogue is available at Manly, Mosman and S.H. Ervin Galleries.