In retelling the long and often bitter campaign for gay law reform in Tasmania, the new production ‘The Campaign’ not only preserves history, it helps ensure its survival.
Richard Watts
[This is archived content and may not display in the originally intended format.] 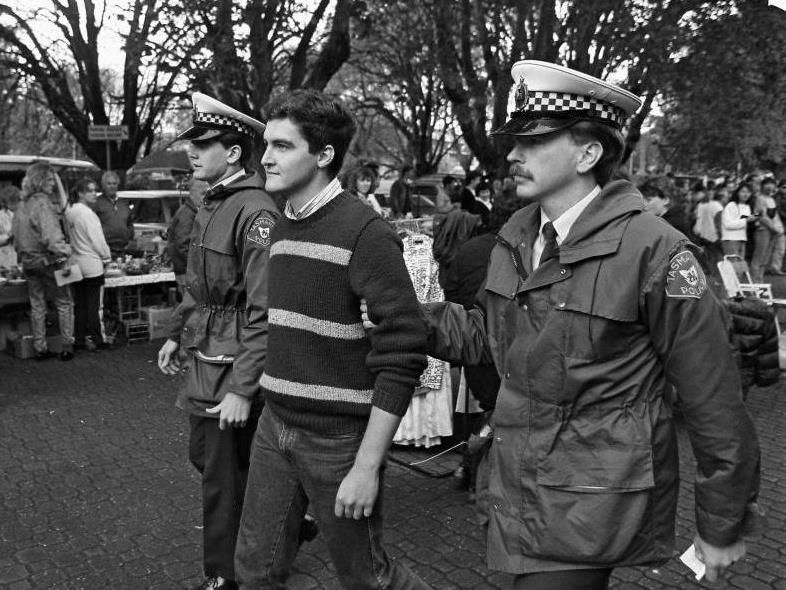 Rodney Croome was one of many LGBTI activists arrested at Salamanca Markets in late 1988. Photo credit: Roger Lovell.

Foodie heaven, Hobart’s Salamanca Market comes to life every Saturday as tourists and locals alike swarm in search of everything from organic foods to handmade craft, clothing, books and cheese.

But in late 1988, the Market witnessed activity of a very different kind, as police made more than 100 arrests over several months, in response to members of the Tasmanian Gay and Lesbian Rights Group flouting a council ban on a stall featuring petitions to decriminalise homosexual activity.