No End of Blame

No End of Blame is a lot of things, but it can’t be everything it tries to be. If we’re going to run the gamut however, it may as well be with Sport for Jove.
Glen Falkenstein
[This is archived content and may not display in the originally intended format.] 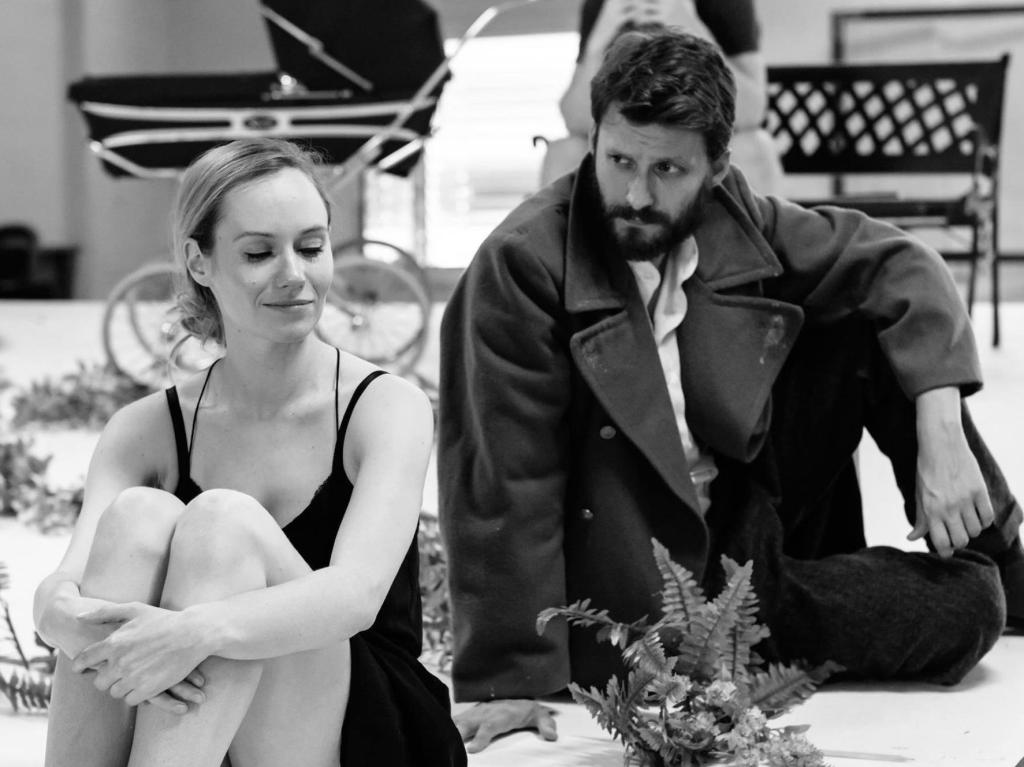 No End of Blame is a lot of things, but it can’t be everything it tries to be. If we’re going to run the theatrical gamut however, it may as well be in the company of Sport for Jove.

A time-hopping examination of censorship, war, the impact of some of the harsher aspects of the human condition and the artist’s struggle, No End of Blame covers decades of European conflict and soul-searching through the eyes of innumerable characters. Poets, peasants, artists and tyrants are brought to life by a troupe of eight talented performers, who are overshadowed – quite literally – by the play’s best innovation; a revolving cavalcade of illustrations writ large on stage by cartoonists Cathy Wilcox and David Pope.

The play itself, even to the extent that there is a discernibly consistent dramatic thread running through its vignettes, lacks the emotional impact that would invariably linger has its dramatist settled on a more finite palette. Jumping from the ravages of war (eviscerating some of the assumptions many might have about the origins of some of the more contestable forms of artistry) to the Daily Mirror or a more recent London Bridge setting, does little to build dramatic tension or any real sense of investment in the characters. These crucial factors are even less apparent when the action more than once halts for the players to conspicuously explain what it’s all about.

An introspective look at the challenges facing creatives culminates in a blithely reflexive addendum to the play’s final moments that goes far beyond any fourth wall-breaking patrons are likely to have seen; something that, along with much of the dialogue, will likely frustrate those who may not consider themselves the direct focus of these musings. Diverting the focus from some of the play’s most sympathetic characters to one of its least relatable figures, the stylistic addition is most blatantly jarring for being otherwise absent from the theatrics. The lengthiness of the play does not help matters, featuring entire sections, some mercilessly brief or comparatively opaque, that could just as well have been shortened or even excised.

No End of Blame is a curious choice for Sport for Jove, the company having only recently explored many similar themes in the likewise thought-provoking yet dramatically distinct One Flew Over the Cuckoo’s Nest, with this latest production by the company similarly taking place (partially) in an asylum.

None of this detracts however from the excellent cast and production design, with the frequently evolving performance space and transfixing animations enough to recommend the show on their own. The dramatic piece never quite matches the talents of those who sought to place their stamp on it; at the very least the laudably distinctive contributions of those involved provide not infrequent food for thought.