The Eternity of the World (Parts Missing)

MKA's anarchic and affective exploration of dying, a dying planet, and the unreliability of memory.
Gemma Mattea
[This is archived content and may not display in the originally intended format.] 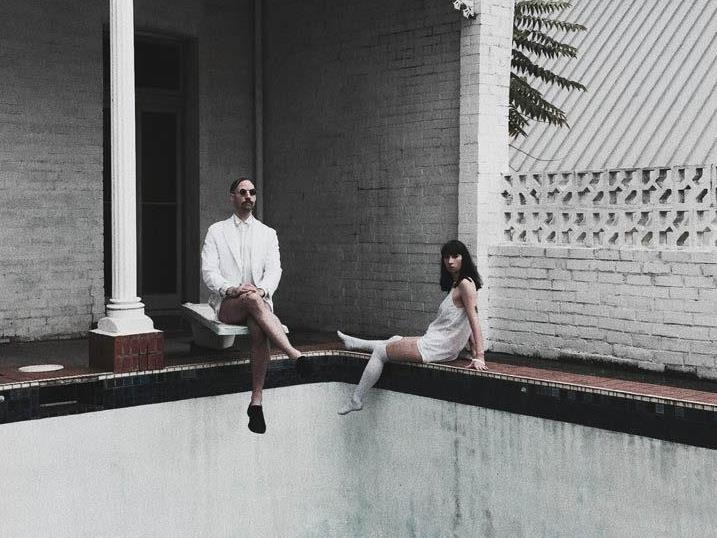 MKA and Doppelgangster’s The Eternity of the World (Parts Missing) photograph by Wilson Liew.

MKA and Doppelgangster’s The Eternity of the World (Parts Missing), performed as part the latest addition to Chapel Street’s cultural evolution: Provocare Festival of the Arts, puts a proverbial spin cycle on classical dramaturgy, in a manic, and sagely considered display of scattered narratives.

Set against the opium drenched clatterings and cool ethereal jazz compositions of Maria Moles and Adam Halliwell, Kerith and Tobias Manderson-Galvin progress through the temporary performance space of Anna Pappas Gallery like a distorted playground.

The movement – via a certain site-specificity, seemingly care of Welsh collaborator, and project dramaturg Dr Tom Payne  –is a progression of sorts; and without any point of fixed reference the landscape of their performance begins to take the form of a strange fever-dream.

As performers, the Manderson-Galvin siblings work cohesively together, somehow, in the chaos of their discursive vignettes. The candid frivolity of their tone renders their displays of more serious profundity totally unpretentious, a rare achievement in this contemporary form of dramatic art. Both performers are highly likeable, despite certain forays into cultivated and authentic discomfort, it is perhaps the blanket of this shared experiential discomfort that makes them, and the piece, so likeable.

We see this most obliquely in a moment when a spectator is led from the audience, wrapped in a violently gold emergency blanket, and told to shout ‘freedom’ at the rest of the room. Or perhaps when sister Kerith, leaves the space at one point in apparent distress only to return with a ridiculous mask made of tens of copies of her own face. The design is dominated by satirical echoes of wealth, religion, and power. From a rain of paper money, or the safety-pinned-together black-sequined dinner jacket, and the recurring motif of sceptres and crowns.

I encountered the feeling that I was witnessing something totally constructed but also deeply personal. I laughed. I laughed a lot.  Beyond that though there were also moments where I felt deeply uncomfortable, though didn’t doubt for a second that this was all entirely intended.

Presenting a work in a gallery with a good hundred thousand dollars of art on the wall, just footsteps away from the excess and mercantilism of Chapel Street, the work actively posited itself as not so much as revolution as a conspiratorial gathering. The traverse staging was no doubt a factor here: afterwards I found myself outside the gallery, rolling a cigarette for an audience member whom I’d earlier shared accidental moments of whimsy, puzzlement, and terror across the performance space.

A well-regarded historian (whose name I don’t remember because of the Liberal government’s education funding scheme) once described the ‘odious pomposity’ of Versailles. The Eternity of the World is the Versailles of contemporary performance… in the best way imaginable: Audacious, chaotic, and brazenly charming.

The Eternity of the World (Parts Missing)

Performed at Anna Pappas Gallery,
Provocare Festival of the Arts

I study Law and Theology at Monash University, and by night smokes durries on the porch.