Australian audiences are engaging with the arts in different ways, including growth in online audiences and First Nations arts attendance.
Brooke Boland
[This is archived content and may not display in the originally intended format.] 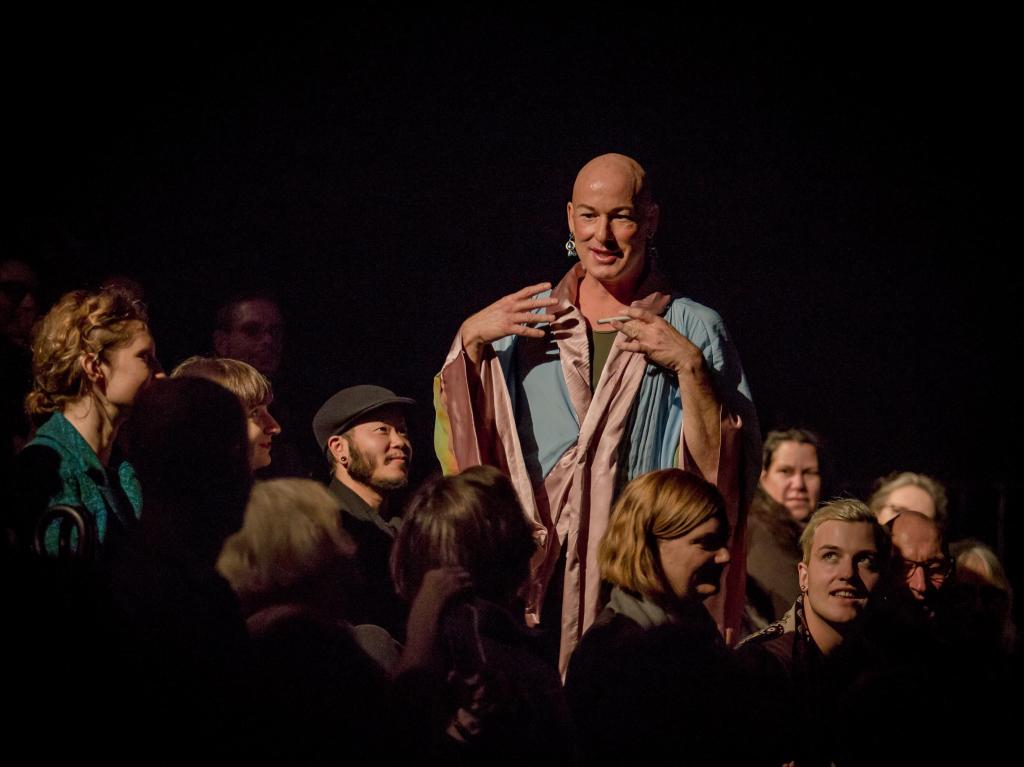 Ilbijerri Blood on the Dance Floor. Photo by Bryony Jackson.

In the same week the 2016 census data has been published, the Australia Council for the Arts has released its latest report Connecting Australians: The National Arts Participation Survey. This is the third survey in a landmark series which measures audience attitudes and attendance.

The survey found that 98% of Australians engage with the arts and there is substantially increased recognition of the arts’ positive impact on wellbeing and ability to develop new ideas, with 3 in 4 Australians feeling that the arts are an important way to get a different perspective on a topic or issue.

The findings also confirmed that Australians value the arts more than ever as an important way to build stronger communities and a more cohesive society.

‘The role that the arts can play in social cohesion is a really important one. The kinds of things that the report highlights is that people feel that through the arts they could understand other cultures, other lives, other stories,’ said Dr Wendy Were, Executive Director Strategic Development and Advocacy at the Australia Council for the Arts.

‘The belief that the arts help build stronger communities is one of the key findings of the report. It’s particularly relevant when you think of the census data that came out this week as well, which reveals that we are an increasingly culturally diverse nation and are certainly continuing to expand that diversity.’

The arts will continue to increase in value as Australians recognise the important role the arts play in social cohesion, and also recognition and understanding between cultures.

‘We are living in a world where there is a lot of disruption politically, it’s a world where people are concerned about a range of things and when you see that the arts can act as an antidote to those threats to social cohesion, that’s a pretty powerful statement,’ said Were.

‘The arts were also identified as a really important way for people to engage with their own culture as well, so it provides a connection to cultural identification and keeping cultures alive, but also that connection across cultures which is really important when you think about empathy and understanding and how the arts are helping express Australian identity in all its diversity.’

The survey also found that audience attendance of First Nations arts has doubled since 2009 and online arts engagement is growing, particularly with younger audiences.

‘We can see that online engagement is booming, but it’s not cannibalising or substituting live attendance. There’s another layer of engagement that is happening in the online space,’ said Were.

This is reflective of the overall trend for younger Australians who create and experience the arts at higher rates than the rest of the population.

Audiences realised the arts aren’t a “nice to have”

The survey also revealed that audiences don’t necessarily recognise the breadth of the arts and how they engage with it daily.

‘For a lot of people when they think of the arts they think of specific art forms like ballet, and didn’t associate listening to music or reading a book as arts participation. When they realised the extent to which they were participating on a daily basis, suddenly the value and importance of the arts became much greater,’ said Were.

‘When you expand that definition people realise that the arts are not a “nice to have”, they are an essential part of the quality of your personal life and the wellbeing of the community.’

For more information and to explore interactive dashboards visit the Australia Council website.