Diversity is a white word

The superficial scramble for cultural diversity is not addressing the deep causes of exclusion and the power imbalance in the arts.
Tania Canas
[This is archived content and may not display in the originally intended format.] 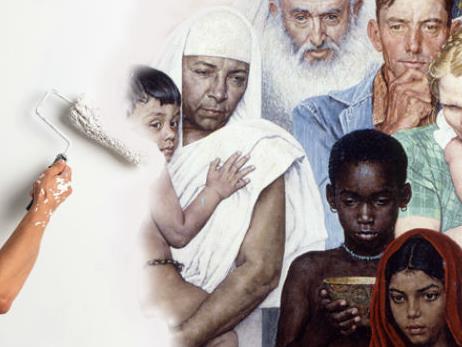 Diversity is the in-vogue theme for the cultural industry, becoming an exercise in ill-thought-out, quick responses to stage diversity rather than as an opportunity to re-imagine the entire sector. It has become painfully obvious that the sector’s increasing self-awareness and subsequent panic, has caused a scramble towards superficial diversity, rather than an opportunity to dismantle the frameworks that created the systemic exclusion to begin with. Diversity is restricted to aesthetic presentation, rather than a meaningful, committed, resourced, long-term process of shifting existing power-dynamics.

Diversity is a white word, or as Ghassan Hage describes, a ‘white concept’. It seeks to make sense, through the white lens, of difference by creating, curating and demanding palatable definitions of ‘diversity’ but only in relation to what this means in terms of whiteness. Terms such as ‘diversity’, ‘multiculturalism’, and ‘culturally and linguistically diverse’ (CALD) only normalise whiteness as the example of what it means to be and exist in the world. Therefore the diversity discourse within the cultural sector, has only created frames by which diversity is given ‘permission’ to exist under conditional inclusion.This is inclusion that is conditional on predefined, palatable criteria; a means to frame, describe and ultimately prescribe diversity through constructed visibilities.

Just because we exist in a space, doesn’t mean we’ve had autonomy in the process by which the existence has occurred. It is not about ‘giving a voice’, we already have one. It has been systematically silenced. What we are talking about is power and self-determination. Diversity is not about assigning spaces for designated self-expression in which we speak within spaces designed for us- diversity in cultural leadership as challenging the very terms of engagement and enunciation.

The arts industry relies heavily on its reputation and expects engagement, upon and within the terms already set. These terms, protocols and thus curations of engagement remain within the terms of enunciation that reproduce enunciator- enunciated dynamics. In so doing it thus fails to shift power-dynamics and roles in the arts. The diversity discourse, when it sits within the same terms of enunciation, is ultimately superficial as it lacks collective, meaningful, decision-making as well as a vision for core industry change.

The industry needs to critically check its intention, positionality and ultimately, its ego. Asking what the aesthetic and epistemic assumptions are carries?  It needs to be willing to be vulnerable, take risks, radically listen and surrender the ‘”need for immediate affirmation of successful” (Hooks, 1994). For the sector to rely solely on its reputation is in this case, to rely on colonial definitions of institutionalised culture, the very same ones that have historically and not only defined but systematically excluded ‘othered’ voices.

It must also note that there are multiple manifestations as to ways in which participation occurs, understanding that participation can just as easily be token as progressive- as Arnstiens ladder of participation suggests. 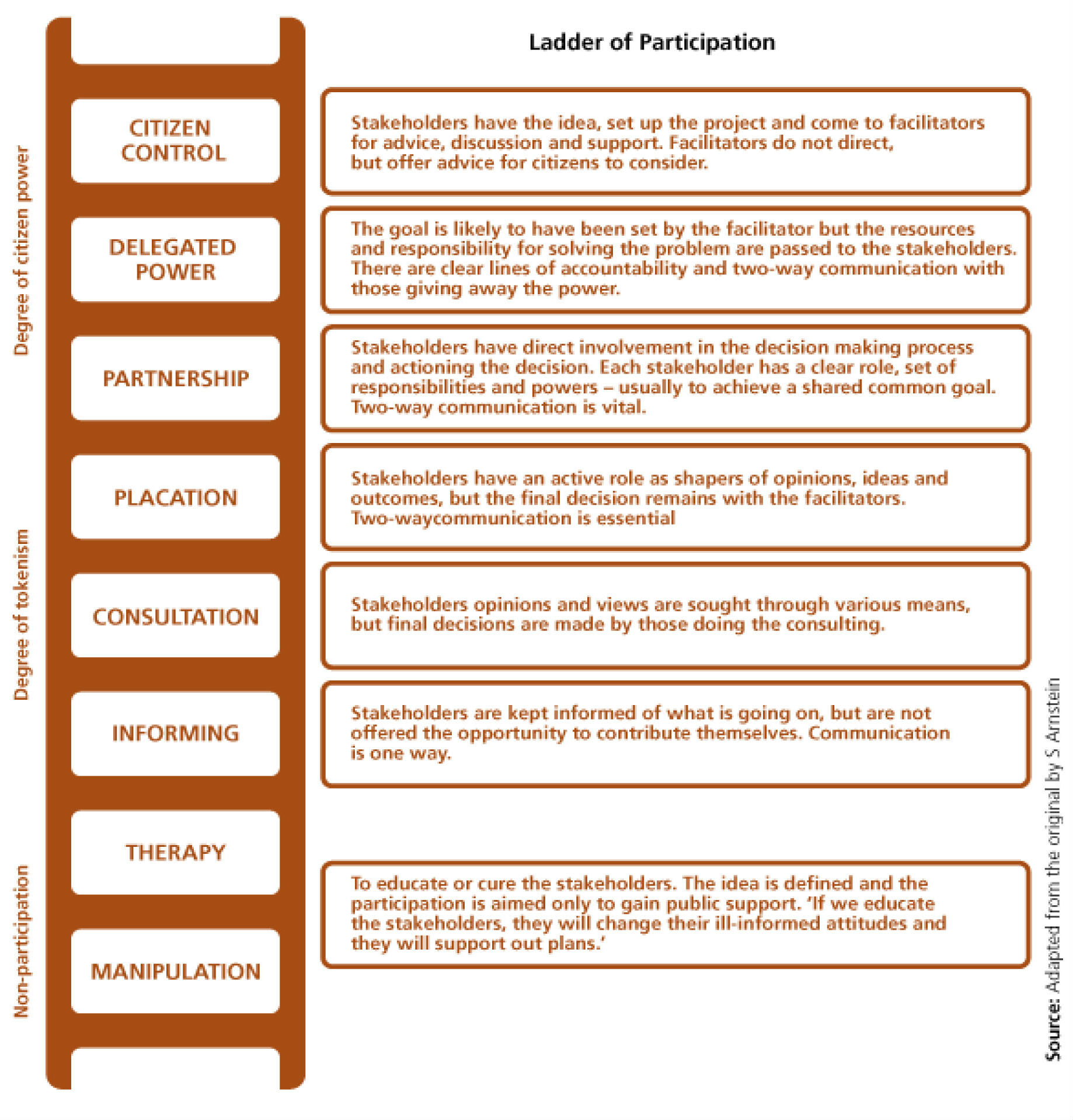 The recent discourse on diversity comes at a very deliberate moment and in a rush to look progressive the industry is looking for a superficial-fix. It does so by identifying artists who have ‘made it’ (without acknowledging their ongoing social struggles to do so) and throwing them onto the stage in a self-appeasing manner. This often comes in the form of Ambassador Programs, the industry can say it is doing something but in reality it has no clue about how to develop, nurture, support nor fiercely defend artists. The industry wants to ‘highlight voices’ without the responsibility of meaningly supporting them.

The sector thus needs to trust and be prepared to take risks. To do so, the arts must apply community-engagement methodologies, not with the aim of building audiences but building and strengthening community.  It is not working for community, and sometimes not even with but as community, exemplifying a praxis of “nothing about us, without us.”

Process and production, not just programing

Self-determination in the arts can only occur through “a real control of all the means of communal self-definition in time and space.” (Ngugi, 1986). In order for this to occur the arts must democratise the means of theatrical production. This means looking at the entire industry, as a microcosm of power dynamics.  Democratising the means of theatrical production provides an avenue for reframing the very terms of engagement that, regardless of intention, often reproduces the same enunciator-enunciated dynamics.

In Space invaders: race, gender and bodies out of place (2004) Nirmal Puwar argues that diversity has come to overwhelming mean the inclusion of people who look different. The very idea that diversity is about those who look different shows us how it can keep whiteness in place.  Thus it becomes about generating the ‘right image’ or in other words changing the perceptions of whiteness rather than changing the whiteness of organisation.

The considerations regarding quotas must come with the understanding these are not enough.  If we are talking about systemic exclusion then we must look at the entire institution, organisation, and the sector. Our consideration needs to go beyond the perceived ‘entry point’ as the sole problem. The’ entry point’ is only a minute aspect of the bigger problem. The sector must support this further with a more critical and holistic, socio-spatial and political understanding of its very existence. Quotas do nothing if you are just introducing and expecting us to exist within the same colonial structural terms of enunciation. You might let a few of us in through quotas but no further support throughout an entirely white institution.

In colonial settler contexts terms often remain defined and aligned with colonial history and processes and contemporary manifestations within institutes.

Without rethinking terms we run the risk of already ‘othered’ voices becoming further tokenised through the diversity discourse, rather than the lack there of. We create disposable voices, restricted to exist within the same power structure that excluded them in the first place. It is not good enough to seek being included in the same discursive, epistemic and systemic architectures, as mere additions, but it has become urgent and vital to (re)think, (re)conceptualise in order to critically (re)imagine the entire sector.

Cultural diversity in leadership is a step towards changing the terms of the conversation, and who gets to enunciate whom? It shifts from responding to questions to asking questions and allows for us to do the inviting rather than just getting invited. This is a conceptual shift from working for community, and not even with, but as community.

Hooks, B. (1994). Teaching to Transgress: Education as the practice of freedom, New York, USA: Routledge.